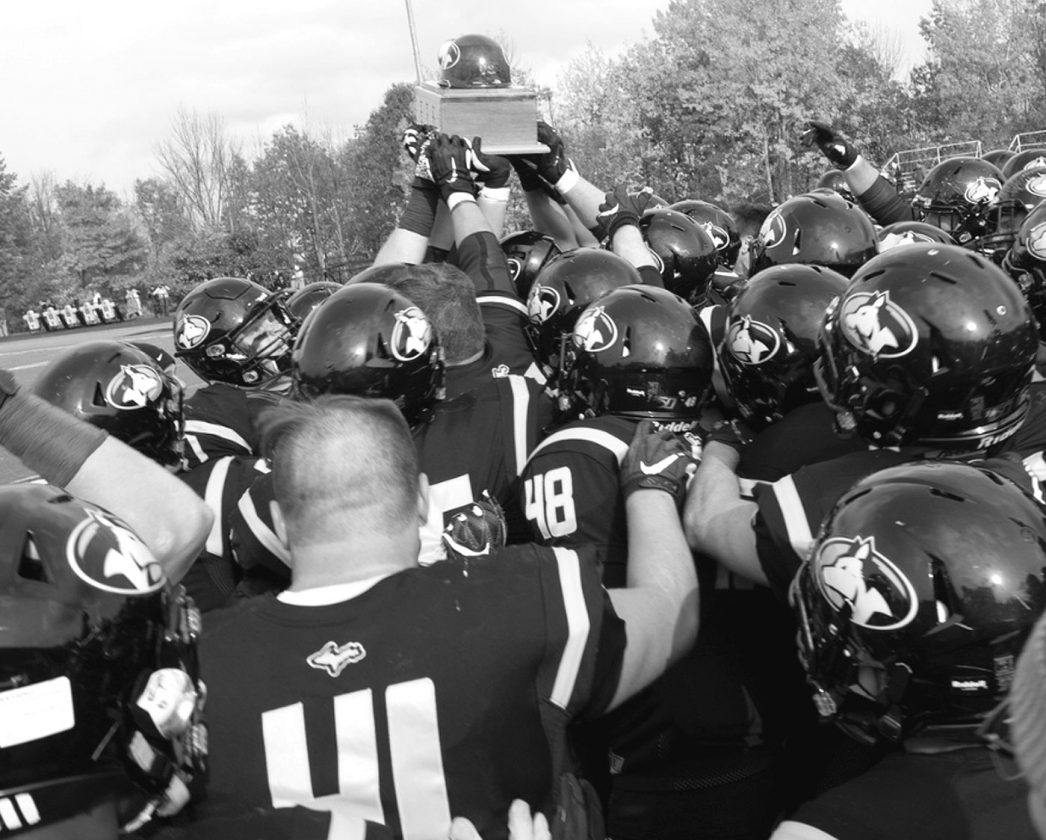 The Huskies pulled ahead for good with 7:24 to play in the fourth quarter.

“It was a great game and awesome win for our program today,” Michigan Tech Head Coach Steve Olson said. “Northern Michigan is a big rival and winning this game is a goal that our team sets every year and we feel really good about accomplishing that today. I thought our wide receivers did a really nice job and it was good to see us get the ball into their hands. I thought we had good balance to our offense overall and it was great to get the ball down the field for some big plays.

“On defense, our secondary made some outstanding plays on the boundary to help slow their passing game down and we had a big interception in the fourth quarter by Glacier Wallington. Overall, I’m very happy with how our defense played as a unit today. We’ll celebrate this win tonight and then focus on having great practices this week as we prepare to go play a good Davenport team on the road next week.”

The Huskies maintained a 17-13 advantage until late in the third quarter when Northern Michigan vaulted back on top. Ryan Johnson hit running back Tyshon King on a screen pass for a 75-yard score. The drive was three plays with King crossing the goal line with 2:13 to play in the third period, giving NMU the 20-17 edge.

Both defenses settled in from there until the Huskies would engineer what would be the game-winning scoring drive. Tech’s defense forced a Wildcat punt from deep in their own territory, granting the Huskies’ offense good field position at the NMU 45-yard line. Will Ark immediately went to the air and found senior wide receiver Ben Hartley for 22 yards. Jared Smith and junior fullback Jordan Ferguson combined for 13 yards on two carries followed by Ark’s third touchdown pass of the day, a 10-yard connection with Hartley. Gornick’s extra point gave the Huskies a 24-20 lead with 7:24 to go.

Tech’s defense then shut down the Wildcat’s the rest of the way. Senior Glacier Wallington recorded his first interception of the season with 5:55 to play on a ball batted up in the air by senior Travis Tidwell.

Tech opened the game with a 10-point lead but Northern Michigan scored the next 13 points to move ahead.

Ark powered the Huskies’ offense by completing 21 passes for 347 yards and three touchdowns. He also ran the ball seven times for 24 yards and did not have an interception. Wenzlick caught nine passes for 213 yards and had a pair of touchdown catches to pace the receiving corp.

As a team, Tech piled up 467 yards of total offense with 347 yards coming through the air and 120 yards on the ground. Smith powered the ground assault with 76 yards on 22 carries.

Tidwell guided the Huskies’ defense with 10 total tackles, including one for a loss to go along with two pass breakups. Senior defensive lineman Xavier Ciardo had nine tackles and two more tackles for a loss while sophomore’s Tai Allen and John Paramski each had eight tackles. Junior Nate LaJoie and Ryan collected a sack apiece.

Johnson completed six passes for the Wildcats which covered 158 yards in the contest. Two of the completions were for touchdowns and one of his 17 total pass attempts was an interception. King had 114 yards on 25 carries and caught one pass for 75 yards and a score. 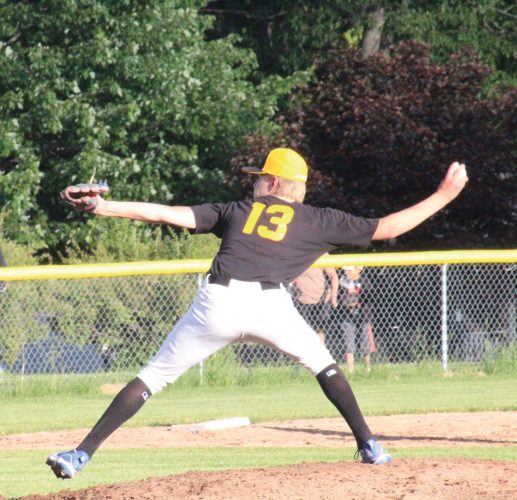