IRON MOUNTAIN — It’s free fishing weekend in Michigan, with no license required for residents and non-residents.

Bob Kennard at Midtown Bait and Tackle in Channing said bluegills are starting to bed and the bite is hot.

“Guys are doing well at Gene’s Pond,” he added. Walleye catches are steady but many are just under the 15-inch minimum.

“We’ve had a lot of good reports from all over,” he said. “Walleye, northern pike, lots of bass. They’re still getting perch out of Lake Antoine.” Streams have receded enough to bring out the trout anglers, he added.

Anyone taking advantage of free fishing today and Sunday is reminded that, apart from licenses, all other regulations apply.

At Whisler Outdoors in Florence, Wis., Doug Whisler said largemouth bass action is good, mainly with top-water lures, including some catches of 4 to 6 pounds. Worms are working for bluegill and minnows are recommended for crappie, he said.

“High angling effort for muskies this past week in the Peshtigo River, with fish of all sizes being caught,” said Scott Poquette, Wisconsin DNR fisheries technician at Peshtigo.

The Michigan DNR reported this activity in the Upper Peninsula:

Copper Harbor: A couple splake, steelhead and brown trout were caught by those trolling but most of the splake were small. Eagle Harbor had fewer anglers.

Keweenaw Bay: Had good fishing for Chinook, coho, lake trout, brown trout and splake when trolling flat lines and lead core in the top 15 feet as well as stick baits, spoons or a flasher/fly combo. The best bite was in the morning when trolling throughout the water column.

Marquette: Water temperatures were still cold at 45 degrees. While the bite slowed, anglers were still catching fish. Boats did best near Shot Point in 50 feet or less. Those fishing the Lower Harbor and near the Chocolay River caught Chinook, coho, lake trout, brown trout and steelhead. Those targeting lake trout near Granite Island and the white rocks have done well. Charter boats going out to Stannard Rock caught large fish but fewer fish.

Little Bay De Noc: Water temperatures were still cold in the mid 50’s. Walleye anglers reported the best action near Garth Point in 15 to 30 feet with a crawler harness. Limit catches were reported. Catch rates were fair off Breezy Point in 14 to 20 feet. Fair catches were taken between the Escanaba River and the “Black Bottom” but most fish were too small. Walleye and a few perch were caught at the “Narrows” in 25 to 35 feet with a crawler harness. Smallmouth bass anglers had mixed results. The best areas were Garth Point in eight to 12 feet, Gladstone along the west bank in 4 to 6 feet and along the rocky edges at the mouth of the Ford River when casting crawlers or plastics. Good pike action in the Escanaba River with crawlers or crank baits between the mouth and the old train bridge. The Rapid River was producing some walleye.

Manistique River: The fish cleaning station at the boat launch was still down. Steelhead season is coming to an end. The lamprey weir is still in at the dam, so water levels in the lower river were extremely low. Walleye fishing was fair to good from the mouth up to the fast water when drifting crawlers or leeches. A couple smallmouth bass were starting to show up. Catch rates were fair when casting crawlers or plastics.

Manistique Lake: Was producing some walleye.

Munising: A few Chinook and brown trout were taken towards Au Train. The best lake trout action was towards the White Rocks and Wood Island Reef when trolling in 120 feet. The fish caught were perfect eating size. While the coho action slowed, more Chinook were caught on spoons. Coho and lake trout that were caught 30 feet down to 200 feet had bellies full of smelt. Splake fishing was slow for boat and shore anglers. Surface waters were in the mid to upper 40’s in the bay and the low 40’s outside Grand Island.

Grand Marais: Catch rates for coho were slow however more Chinook salmon have been caught along with some big steelhead up to 25 inches and brown trout over seven pounds. Trolling west of the harbor appears to be slightly better in 20 to 30 feet. Lake trout fishing was hot with limits reported. Most fish averaged 4 pounds and were hitting black and white spoons. Some big lake trout were spotted nearshore in less than 30 feet. Pier anglers reported slower catch rates, but a few limits of whitefish were taken on a single egg.

Brevoort Lake: Anglers were getting some walleye.

IRONWOOD — Effective today, the Ottawa National Forest will be open for dispersed camping and is lifting the ... 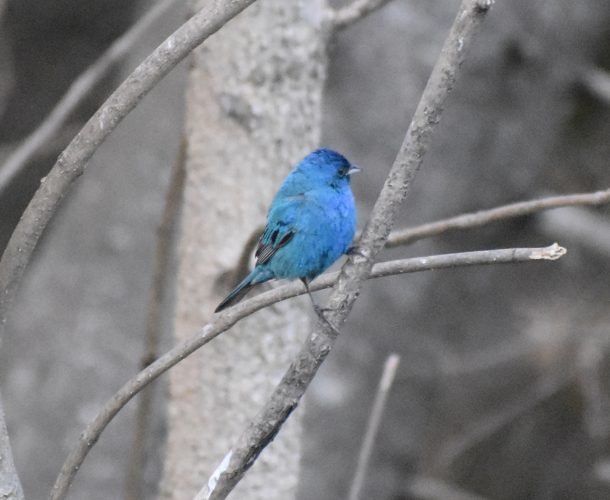