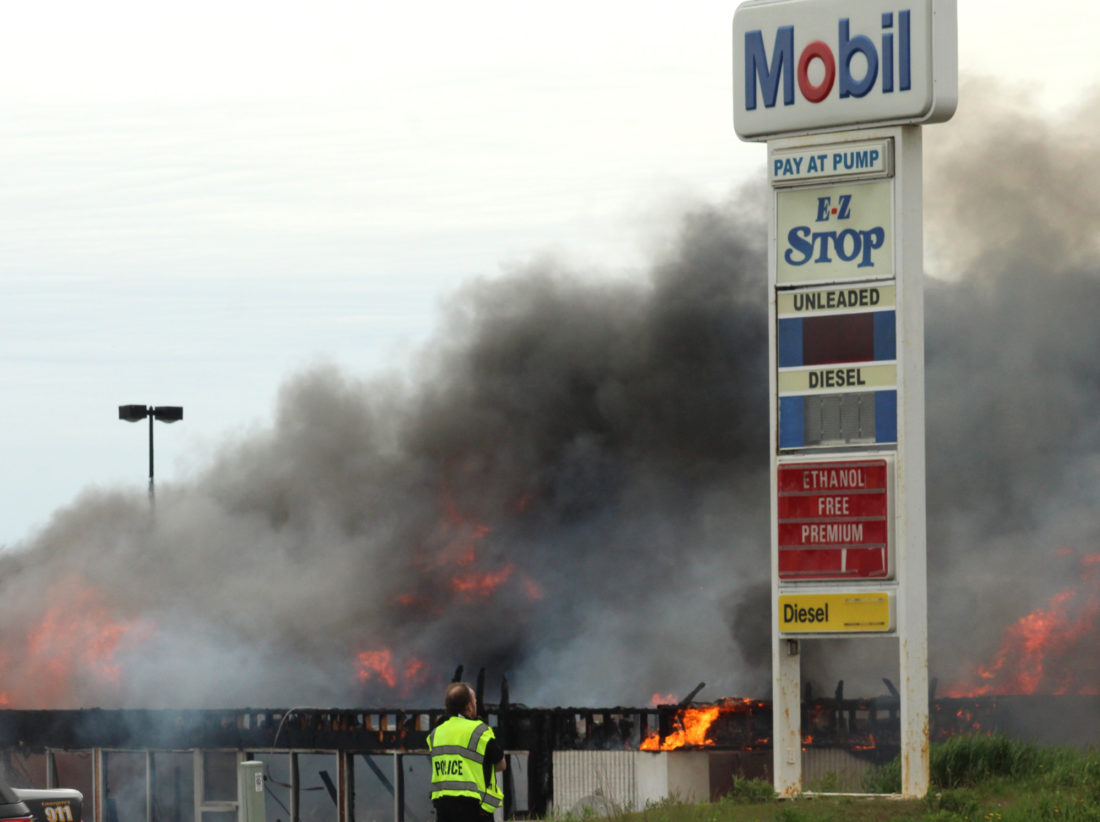 A fire Saturday destroyed the the EZ Stop Mobil gas station and Burger King on South Stephenson Avenue in Iron Mountain. It took crews nearly three hours to bring the blaze under control.

IRON MOUNTAIN — An Iron Mountain firefighter escaped serious injury after being trapped by a partial building collapse Saturday while responding to a blaze that destroyed the EZ Stop Mobil gas station and Burger King on South Stephenson Avenue.

The firefighter, who was not identified, was trapped for about two minutes, said Ed Mattson, Iron Mountain’s director of police and fire services. He was treated for burns at Dickinson County Memorial Hospital and released.

Fire crews were dispatched at 3:11 p.m. for reports of smoke coming through the structure, located at 1950 South Stephenson Ave. Upon arrival at 3:15 p.m., flames were coming through the roof and consuming the entire EZ Stop storefront and a portion of the Burger King restaurant addition, Mattson said.

Shortly after arrival, a firefighter was temporarily trapped by a failure of a portion of the EZ Stop storefront. A second Iron Mountain firefighter suffered smoke inhalation, Mattson said.

Both were transported to the hospital by Integrity Care EMS and released by 8 p.m., he said. 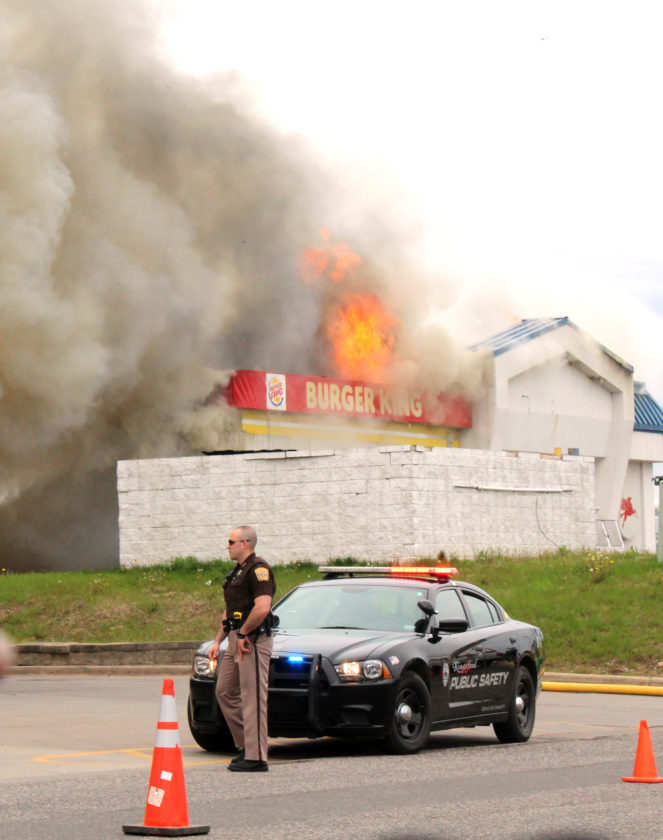 A Breitung Township firefighter was treated on scene for a hand injury and smoke inhalation.

“Due to building instability and potential safety hazard, Incident Command had equipment brought in from Iron Mountain Department of Public Works to knock the walls down,” Mattson said in a news release. “This also allowed for firefighters to get water on areas of the fire that were otherwise inaccessible.”

The fire was declared under control at about 6 p.m. and all fire crews cleared the scene at about 8:15 p.m.

No cause for the fire has been reported. 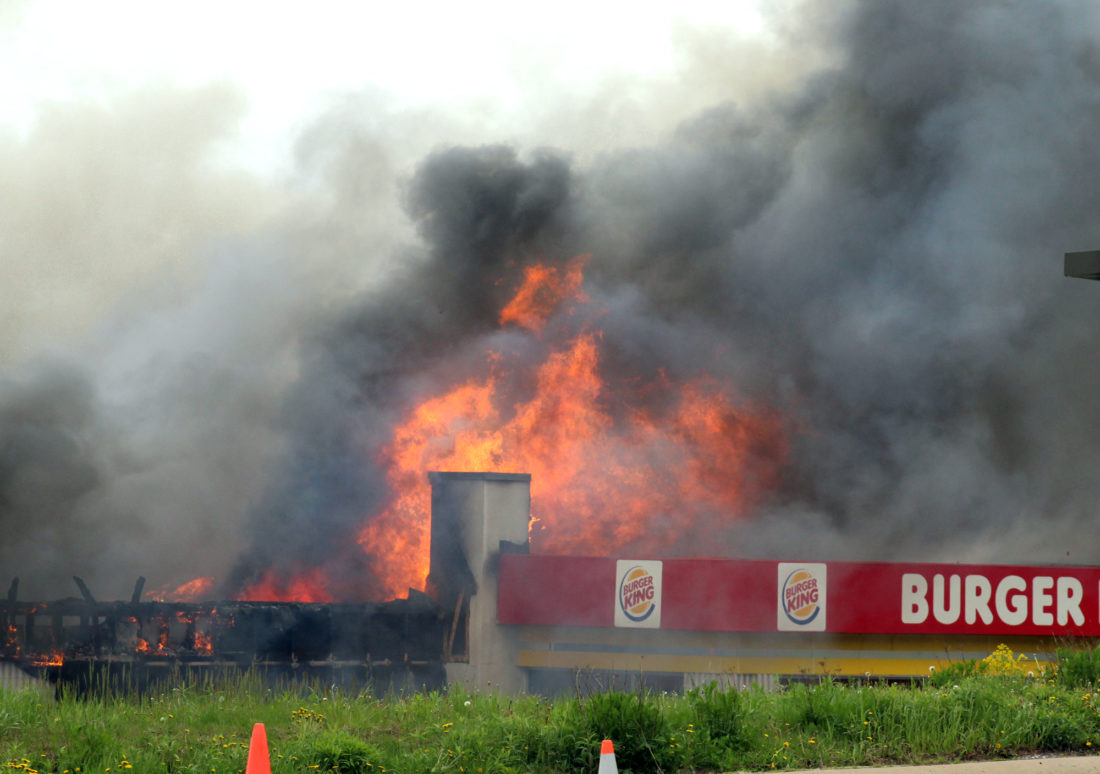 Theresa Proudfit/Daily News photos A FIRE SATURDAY afternoon spread from the EZ Stop Mobil station to the adjacent Burger King restaurant on U.S. 2 on Iron Mountain’s south side, with both businesses considered a total loss. 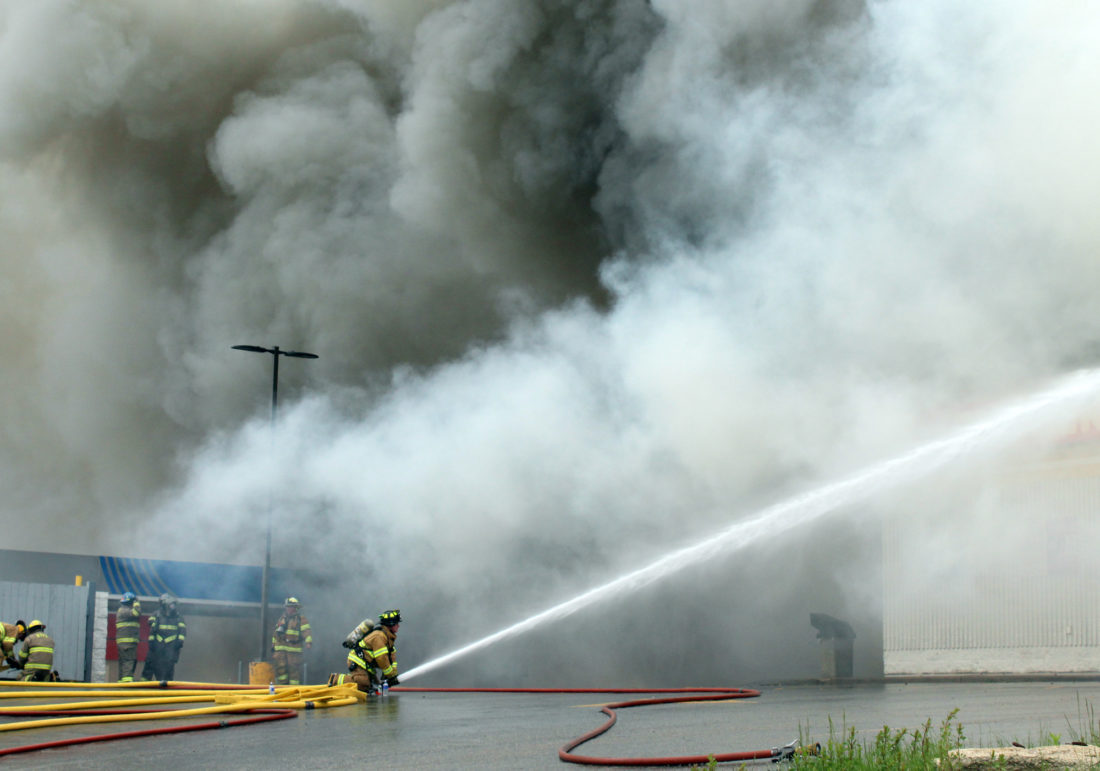