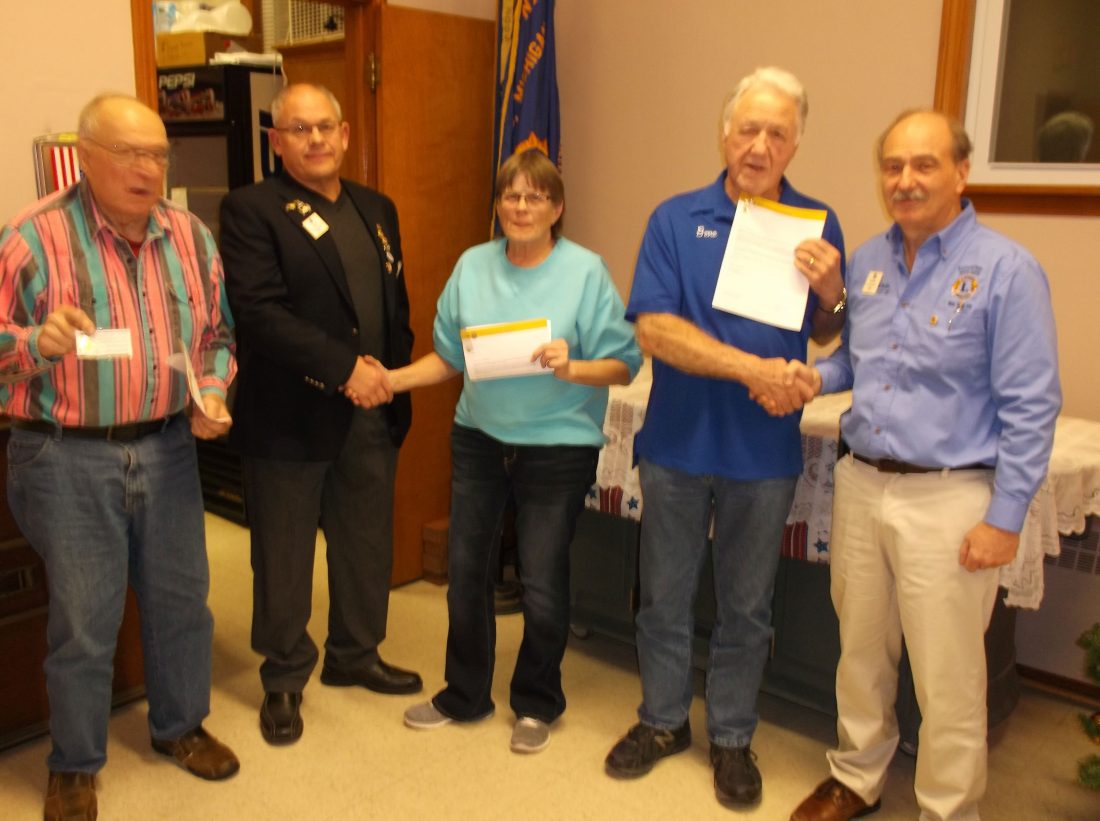 CRYSTAL FALLS — Three members of the Crystal Falls Lions Club received national recognition for their many years of service.

Lions receiving special acknowledgement were King Lion Joy Fredericks, for 10 years of service.; Lion Tom Lesandrini, for 30 years of service; and past District Governor Gene Schiavo, for 45 years as a Lion. The awards came directly from the Lions Club International President Gudrun Yngvadottir.

District First Vice Governor LaBelle also made a presentation to Don Conners for acquiring a new member this year.

The awards ceremony took place during their meeting Jan. 4 at the Veterans of Foreign Wars Post in Crystal Falls.

Honored guests included District First Vice Governor Bruce LaBelle of the Bark River Lions Club and District Second Vice Governor Joe Maki of the Gladstone Lions Club. They both gave presentations on the function of a Lions Club in their respective communities.

They acknowledged and thanked the Crystal Falls Club for its annual donation to Bay Cliff, which has been done for many years. Most of the Lions Club income is generated from the annual Bass Festival in July at Runkle Lake Park in Crystal Falls.

“We are a relatively small club and couldn’t put on this event without the overwhelming help of the local community,” Lions Club member Gene Schiavo said.  “King Lion Joy Fredericks and all of the members would like to thank our local residents for their help and support.”

With the Bass Festival — as well as other functions such as the club’s 50-50 drawings, ticket sales and White Cane Sale, to mention a few — the club is able to make several donations to many needy groups and individuals.

Some of the benefactors of the funds include Beacon House in Marquette, Contemporary Center, Diabetes Foundation, scholarships to six students each year, Iron County Cancer Unit, March of Dimes, Northwoods Air Lifeline, TRICO, U.P. Honor Flight and The Yell and Tell program.

“We also provide exams and eyeglasses for people that have no means of getting them,” he said.

About $2,600 was raised this year from selling Christmas trees, with the help of Jeff Ball and Ron Curnow.

“The club has dwindled in size in the last few years,” Schiavo said. “Our club consists of older members presently and we really need some new, young members.”

Applications are available from any Lion Club members.

“Come early and join in on the socialization before the meeting starts,” Schiavo said.

Hints from Heloise: Too good to be true online companies

IRON MOUNTAIN — The National Active and Retired Federal Employees Association will meet for lunch at noon ...

Aspirus to host ‘Listen to Your Heart’ event Feb. 27 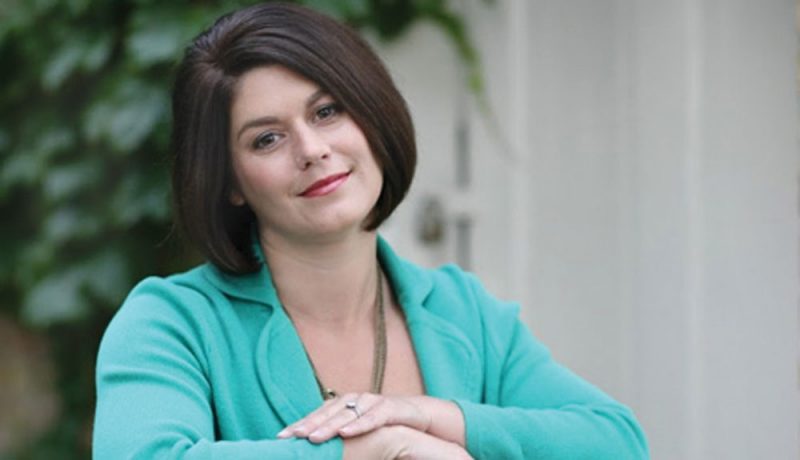 Celello to speak at AAUW meeting