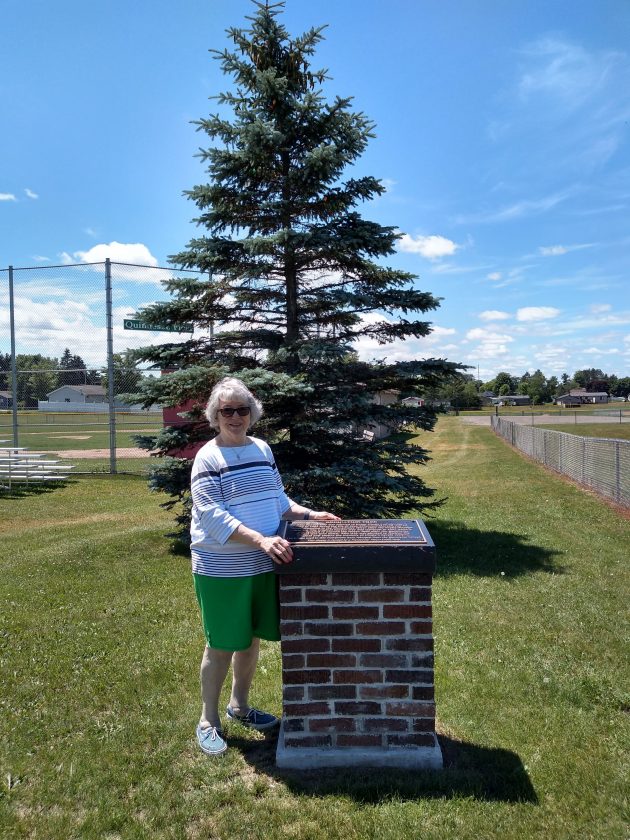 Jean (Thomas) Marcell stands next to a plaque in front of a spruce tree at the Quinnesec School Memorial Park in Quinnesec. It is dedicated in honor of the heroic actions of Cindy LaHaie, who at age 9 in the winter of 1961, with a level head and quick actions, saved Jean Thomas, then 12, from drowning after Thomas had broken through thin ice on the Menominee River. They were schoolmates at the former Quinnesec School. In 1961, a spruce tree was planted in honor of LaHaie’s bravery. The original tree was removed in 1997 when the Quinnesec School was torn down and the soccer field expanded. A replacement tree was planted at the park. Last year, a plaque was obtained through a Prosperous Places grant and the black granite stone the plaque is attached to was donated by Norway Granite and Marble. Breitung Township public works personnel put the monument together using original bricks salvaged from the Quinnesec School. Thomas said she was touched and honored today, as she was in 1961, that the memory of this event will not be forgotten. She only wished her friend LaHaie, who passed away about 10 years ago, could have been here to see it.

IRON MOUNTAIN — Dickinson County Community Theatre and Friends of the Braumart are indefinitely postponing the ...

NORWAY — Free food will be distributed Friday at the Crossroads Alliance church facility at 130 Odill Drive in ...

Vinegar is safe for toilets

Dear Heloise: I know you’re a big fan of vinegar, but is it safe to clean my toilet? I have a septic system. — ...

Dear Annie: I feel some days I just can’t handle our society and the cruelty of men and women toward other humans ... 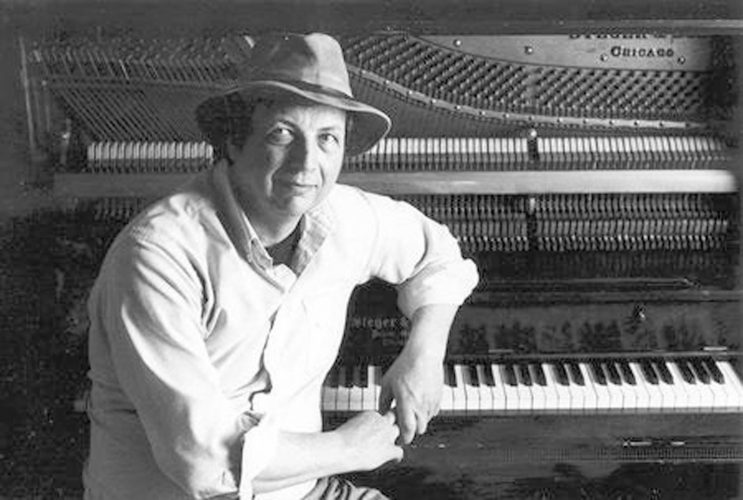