Dear Annie: Is it ever a good time to reveal paternity?

Dear Annie: About 65 years ago, my 20-year-old sister, “Pat,” had an affair with a married man that resulted in the birth of my nephew, “Harry.” The married man, of course, deserted her. Soon after Harry was born, Pat met a slightly older divorced man named “Sam.” Sam married Pat and accepted Harry as his own. They went on to have three children of their own and lived together as a family until they both died.

Harry looks nothing like his siblings, who all look very much like their father, Sam. The problem is that Pat made everyone in the family promise that they would never tell Harry about his real father. Pat was forceful and domineering, and everyone was afraid of her. So, the family secret was never revealed and rarely talked about.

Pat was also mentally and physically abusive to her children, especially Harry. Now that she is dead, I’m torn. Do I broach the subject with Harry or let it lie? My nephew is in his 60s, and I’m in my 70s. It’s possible that he knows but is embarrassed to bring it up.

But he speaks about Sam like he was his real father, so I think that might not be the case. I’m also concerned that he may go on one of the heritage sites and find that his DNA does not match the rest of the family and hold me responsible for not telling him.

Harry has children and grandchildren himself, so I feel that I owe it to them, too, but I don’t want to risk ruining my relationship with him or worse, shocking him and ruining his life. — Concerned Uncle

Dear Concerned Uncle: Sixty-five years is a very long time ago. Unless Harry asks you about his biological father — and I use the term “biological” because it sounds like Sam was his father — I believe it’s not your place to share this information, barring a serious health issue. You would be stirring the pot for no reason.

Dear Annie: This is in support of getting a flu shot and how critical it can be. My 29-year-old daughter was almost one of the death statistics regarding the flu. I did everything I could think of to convince her to get vaccinated including offering to pay for it. She never did.

She became sick in the earlier part of the week and went to the doctor on that Friday. She was diagnosed with influenza A. The doctor gave her steroids to help fight off the infection, but by the following Tuesday night she was in the ER, and was later admitted to the ICU. Within a few more hours, she was on a respirator and kidney dialysis. She had developed septic shock, all within a week. She was in ICU for about a month. For the first two weeks, we didn’t know if she was going to make it.

Thanks to the awesome doctors and nurses, two years later she has made pretty much a full recovery, except that her immune system is still very susceptible. She has since gotten a flu shot every season and had become an advocate for her friends and family, even offering to pay for their vaccinations.

I am considering writing a book about our experiences with this illness. I kept a lot of notes and asked a lot of questions. She was lucky because of her young age. We still visit the nurses who cared for her. They still call her a miracle. Thank you for giving me the chance to briefly tell my story. — Beth A.

Dear Beth: Thank you so much for sharing what you and your daughter went through. I believe there’s great power in sharing, and I encourage you to write about this experience and advocate for what you believe in.

GOODMAN, Wis. —The Goodman Fire Department has canceled this year’s Fourth of July street dance. “This ...

IRON MOUNTAIN — The Dickinson County Library will welcome staff back to the building next week to complete ... 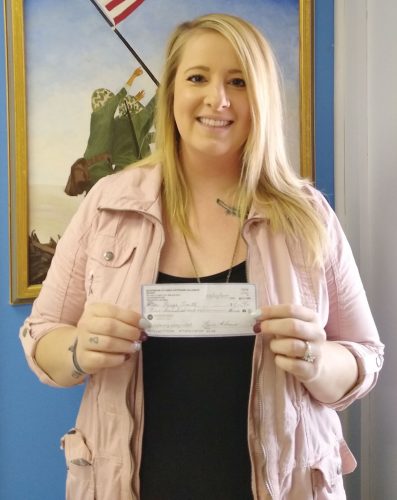 FLORENCE, Wis. — Florence High School has announced the recipients of the 2020 Forever Young Scholarship in ...