ESCANABA — The Bay Film Series at Bay College celebrates the art of film-making, showing the best in international, documentary, and independent cinema.

Because of the success of “Parasite” at the Oscars, the studio has delayed the film’s release to college audiences. This has necessitated the following changes.

On Thursday, in coordination with the 100 Years of Suffrage Celebration honoring the centennial of women’s right to vote in the U.S., the film series will show “The Woman Who Loves Giraffes.” This documentary highlights the life and work of biologist Anne Innis-Dagg whose solo trip into the wilds of South Africa.

On Feb. 27, the series will show “Queen and Slim,” starring Daniel Kaluuya (“Get Out”) and Jodie Turner-Smith. Says The New York Times, “Early buzz around the movie pegged it as a ‘Bonnie and Clyde’ tale for the Black Lives Matter set, but that would be an entirely different film from ‘Queen and Slim.’ ‘Bonnie and Clyde’ is the story of two outlaws who are fleeing justice; ‘Queen and Slim’ is a meditation on a system of justice that treats innocent people as outlaws.”

On March 19, they celebrate film and women’s history with the documentary “Be Natural: The Untold Story of Alice Guy-Blache.” Blache created the first narrative short in the Silent Era, becoming the world’s first director. She went on to a varied and illustrious career, helping to create movies and the movie industry. Then, suddenly devalued and censored by the sexism of her time, she disappeared from the record. The film is narrated by Jodie Foster.

All film series movies are shown at 7 p.m. Eastern time in Bay College’s Besse Center Theater in Escanaba. Tickets are $5 and are available at the box office or can be purchased online. Students with a valid ID can get a reduced admission charge of $2.

Dear Annie: Not your sweetheart

Dear Annie: Recently, I went to a debate tournament where I gave speeches with other kids on laws that we wrote. ...

HOUGHTON —The Parade of Nations seeks an eye-catching, colorful logo for T-shirts, posters and other publicity ...

FLORENCE, Wis. — The Florence County Fair will host its second smear tournament Saturday, March 7, at the ... 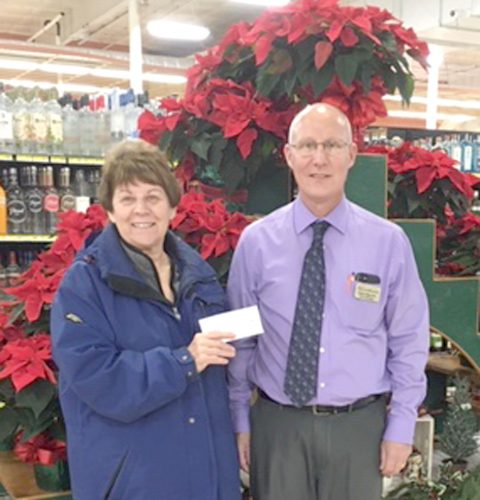 IRON MOUNTAIN — Our Saviour’s Lutheran Church in Iron Mountain will conduct an Ash Wednesday service at 6:30 ...