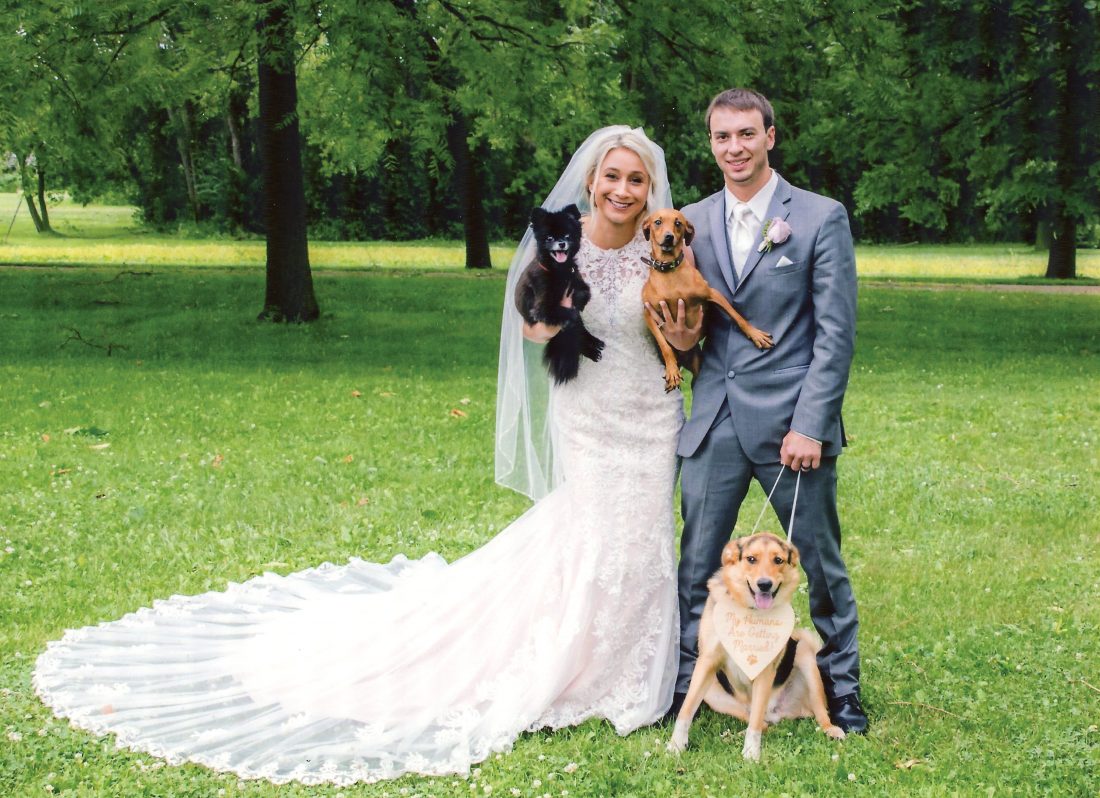 DE PERE, Wis. — Savanna Ventimiglia and Isaac Bray were united in marriage during an afternoon ceremony on July 20, 2019, at the Devotions Wedding Chapel in Greenleaf, Wis.

The bride is the daughter of Chris and Joanne Ventimiglia of Oconto, Wis., granddaughter to Thomas Ventimiglia (Judith Ventimiglia) and Stephanie St. John and the late Barbara and Victor Steinle.

The groom is the son of Sid and Margaret Bray of Vulcan, grandson of the late Clifford and Frances Laabs and the late Henry and Rose Bray.

Flower girl was Ellie Loehr, cousin of the bride.

Seth Ventimiglia, brother of the bride, read the readings and played his acoustic guitar throughout the ceremony.

The reception was held after the ceremony at The Ravine in Green Bay, Wis.

Isaac is employed at Robinson Metal in De Pere, as a high-pressure pipe and vessel welder.

Savanna is employed at Burkels One Block Over.

The couple will honeymoon in Ochos Rios, Jamaica, in February.

The couple resides in Ledgeview, Wis., with their three rescue dogs, Benny, Raji and Royce.

IRON MOUNTAIN — Our Saviour’s Lutheran Church in Iron Mountain will conduct an Ash Wednesday service at 6:30 ...

HOUGHTON — Michigan Technological University in Houghton has released the dean’s list for the 2019 fall ...

FLORENCE, Wis. — The Florence Parish, a partnership in Christian ministry of Bethlehem Lutheran and the First ...

NORWAY — Free food will be distributed at 5 p.m. Friday at the Crossroads Alliance church facility at 130 Odill ...

Dear Annie: My biggest accomplishment in life is my recovery. I’m currently seven years sober, and I have worked ...