The terms “dementia” and “Alzheimer’s disease” are often used interchangeably. However, the Alzheimer’s Association notes it is important to understand the subtle distinctions that make dementias unique.

Dementia is a general term that refers to a decline in mental ability that’s severe enough to interfere with a person’s daily life. There are many types of dementia, which describes a group of symptoms associated with a decline in memory, reasoning or other thinking skills. Types of dementias can include vascular dementia, frontotemporal dementia, Lewy Body dementia, and Creutzfeldt-Jakob disease, among others.

What is Alzheimer’s disease?

What are the symptoms of dementia?

Most types of dementia, including Alzheimer’s disease, affect memory and thinking skills. However, depending on the dementia classification, they manifest themselves in different ways. Before doctors can diagnose a type of dementia, they must see that at least two of the following core mental functions are significantly impaired:

— Ability to focus and pay attention

People with dementia may struggle with short-term memory and everyday tasks like paying bills, cooking for themselves and remembering appointments.

Alzheimer’s symptoms can sometimes be mistaken for normal signs of aging. However, the Alzheimer’s Association urges people who notice any of these 10 early signs and symptoms of Alzheimer’s disease to report them to their physicians immediately:

— Challenges in planning or solving problems;

— Confusion with time or place;

— New problems with words in speaking or writing;

— Misplacing things and losing the ability to retrace steps;

— Withdrawal from work or social activities;

— Changes in mood or personality.

If you or someone you know is experiencing these symptoms, it might be time to consider a free memory screening from the Aging and Disability Resource Center of Florence County. A memory screen is a wellness tool that helps identify possible changes in memory and cognition. Early detection is important because the changes associated with memory and cognition could be due to health conditions that are reversible such as infection, issues with the thyroid, medication effects, pain, and dehydration.

Contact the ADRC of Florence County at 715-528-4890 to schedule a memory screen. You also can go on the web at www.florencecountywi.com, click on Aging and Disability Resource Center or on Facebook at www.facebook.com/ADRC-of-Florence-County-WI.

Treat guests to something different

Dear Readers: Want to do something a little different for guests when you’re serving them coffee? Try my ...

Dear Annie: My husband and I have been following the recommendations for protecting ourselves and others from ...

Dear Readers: Lots of us are working from home now; this is a new phenomenon with COVID-19. Here are some hints for ... 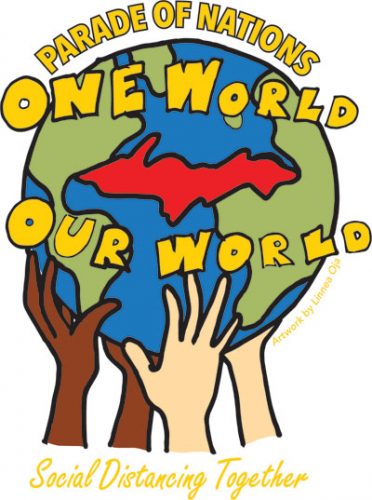 No Parade of Nations but they’re still celebrating multi-culturalism