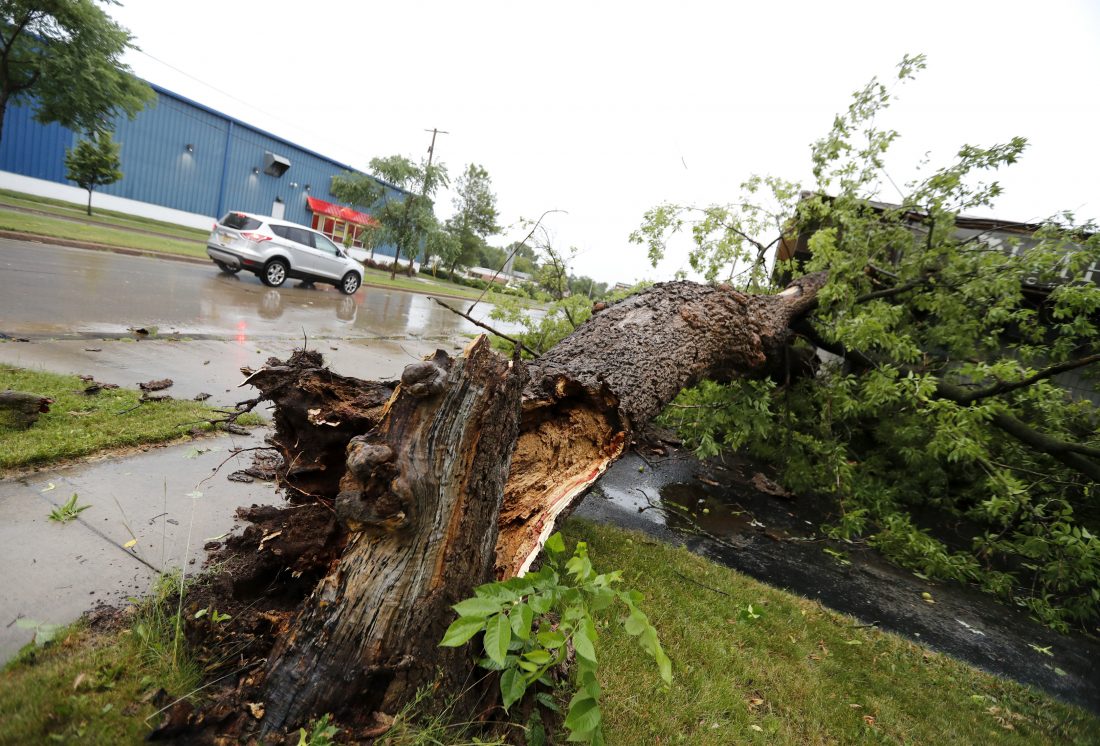 A fallen tree lies near a street in Appleton, Wis., on Saturday after severe storms throughout Wisconsin. National Weather Service warning coordination meteorologist Jeff Last said an EF1 tornado touched down in Marathon County at about 8:30 p.m. on Friday, demolishing a barn and damaging a couple hundred trees. The same storm produced straight-line winds in Marinette and Langlade counties and Last said possibly thousands of trees were down in heavily forested northeastern Wisconsin. The U.S. Forest Service said portions of the Lakewood-Laona Ranger District on the Chequamegon-Nicolet National Forest were damaged. Several camping areas and trails were closed due to down trees and impassable roads.