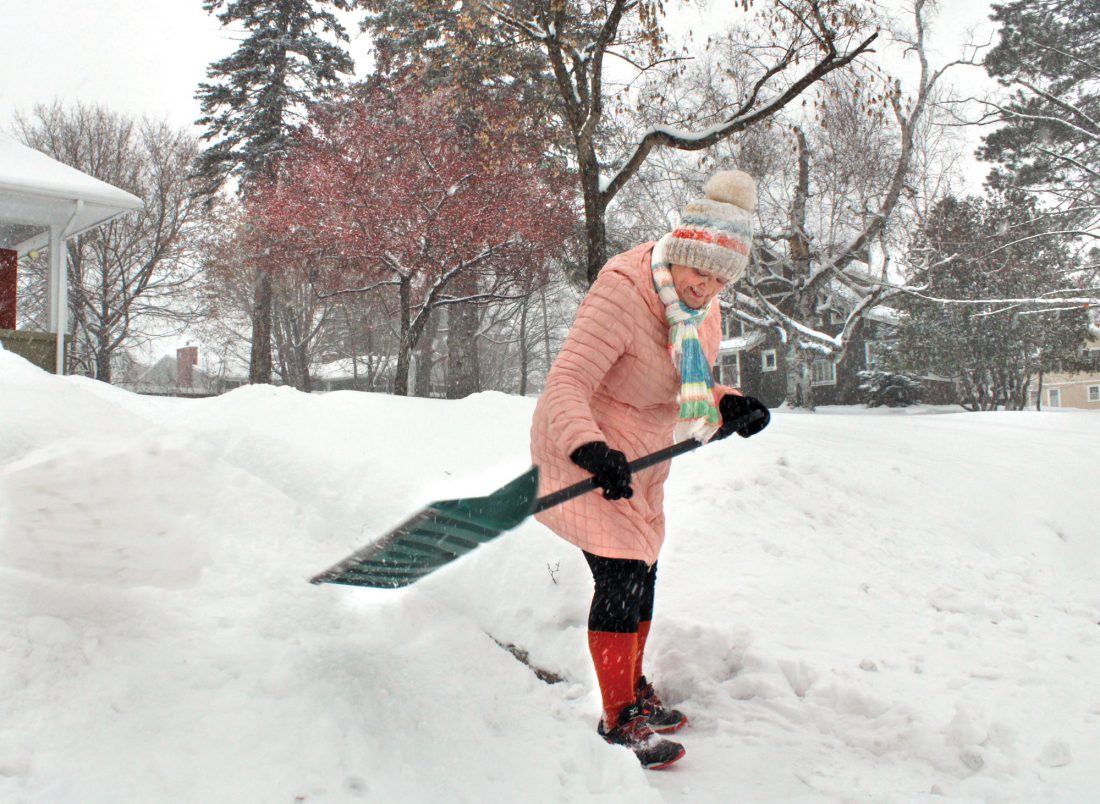 IRON MOUNTAIN — A winter storm warning will remain in effect until 6 p.m. today, with total snow accumulations of 5 to 8 inches expected in the Dickinson County area, the National Weather Service said.

Most area schools called off classes for the day in response to the storm. Sports events were expected to cancel as well.

Saturday’s predicted high is 28, while Sunday should be partly sunny with a high near 17.

Today’s storm originated in western Canada, spreading light snow across parts of the northern Plains and Midwest, AccuWeather meteorologist Alex Sosnowski said. Tapping into the moisture of the Great Lakes, it’s producing locally heavier amounts of snow over northern Wisconsin and the Upper Peninsula, he said.

The storm could push the December snowfall total at Iron Mountain-Kingsford past 20 inches, while the average for the month is 13 inches. The December record of 36.5 inches was set in 1968.