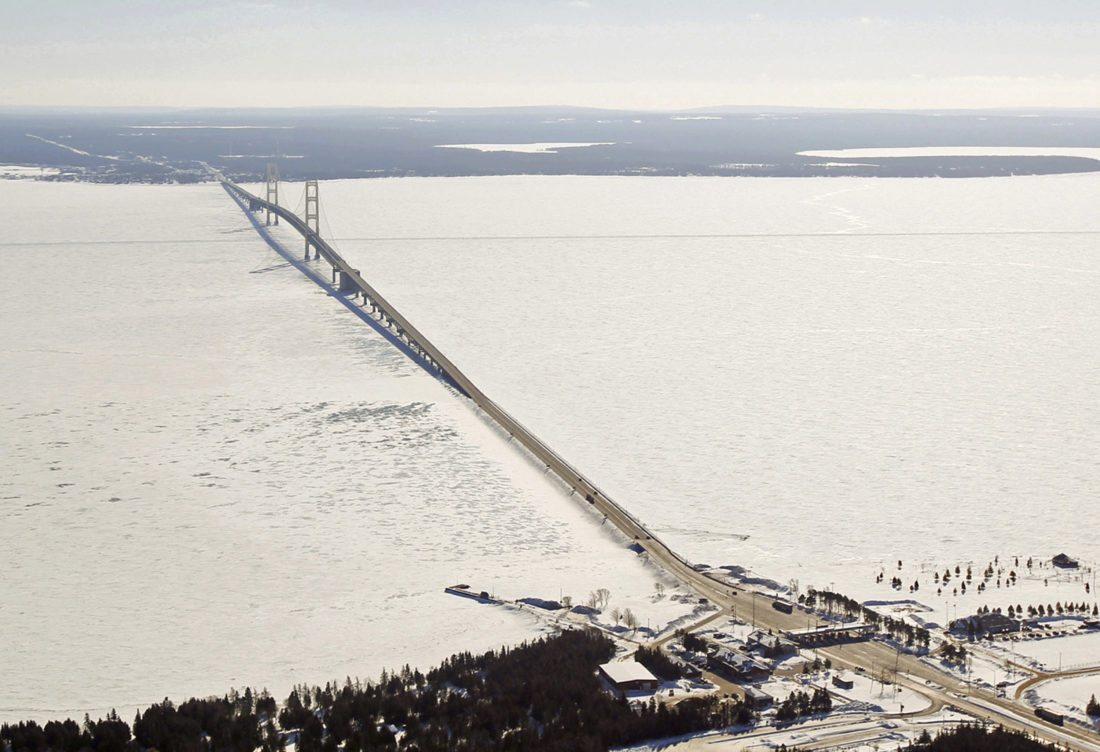 An aerial photo shows a view of the Mackinac Bridge, which spans the 5-mile-wide Straits of Mackinac that separates Michigan's upper and lower peninsulas. (AP Photo)

MACKINAW CITY, Mich. (AP) — A 200-foot-long broken boring pipe remains embedded in the Straits of Mackinac and may not be recoverable by a company that operates a fuel pipeline, officials said.

Enbridge last week reported the length to the Department of Environment, Great Lakes and Energy, known as EGLE, the newspaper said.

The broken pipe was related to a project last summer. A borehole collapsed while Enbridge was performing geotechnical work as part of a plan to eventually protect the Line 5 pipeline with a tunnel.

The piece “remains embedded in the borehole” and “cannot be retrieved,” Duffy said.

The state, however, is talking to experts.

“We’re waiting to see what they advise, as far as, is there a concern here? Or more of a concern?” said Joseph Haas, EGLE’s Water Resources Division district supervisor in Gaylord.

“I don’t expect much would be done (to recover) that remaining 200 feet of grout rod,” Haas said. “It’s likely recoverable, but it’s a matter of money, effort, worker safety. We’re still going through that assessment.”

Under an agreement with Michigan, Enbridge will shut down the underwater segment of Line 5 and replace it with a single pipe housed in a concrete-walled tunnel to be drilled through bedrock beneath the straits.

Critics, however, want Line 5 to be permanently shut down.