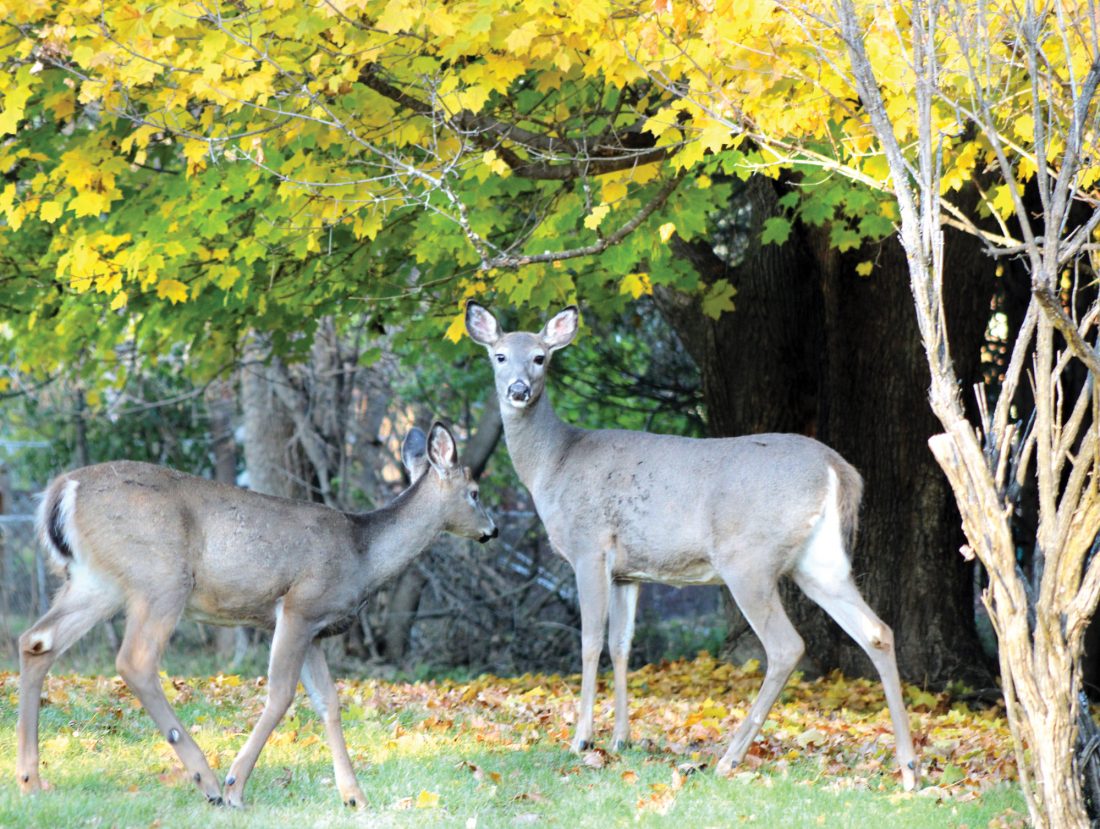 MADISON, Wis. (AP) — Wisconsin wildlife officials agreed Wednesday to ask gun deer hunters this spring whether they would support wholesale changes to the sport, including tacking another 10 days onto the state’s traditional nine-day season in November.

Hunters killed dramatically fewer deer during the most recent November season, sounding another round of warning bells for a sport struggling to retain participants.

The Department of Natural Resources board ordered the agency to submit six questions on the future of hunting to attendees at the Wisconsin Conservation Congress’ spring hearings in April.

The questions ask if attendees would support: extending the season to 19 days; eliminating the four-day December antlerless-only hunt; and prohibiting hunting for two or five days leading up to the start of the November gun season.

The agency will also ask if people would support limiting the crossbow season to the month of October and restarting it after the November gun season ends.

The crossbow season currently runs from mid-September to early January, in concurrence with the archery season.

The final question asks if people would support invalidating crossbow and archery buck tags during the November gun season. Hunters could still legally use crossbows and bows instead of firearms but would need firearm tags for any kills.

“Let’s shore up the gun season again,” board member Greg Kazmierski said. “We’ve taken it for granted for so long.”

DNR officials blamed the drop-off on the season’s late start. Statutes require the season to begin the Saturday before Thanksgiving, which fell as late as it ever can this year after the rut was all but over and deer had stopped moving.

Board Chairman Fred Prehn said extending the November season would give gun hunters more opportunity. Prohibiting hunting in the week leading up to opening day would create a buzz about the season starting, and doing away with management zones could simplify regulations, he said.

Limiting the crossbow season could help re-energize the gun season, Kazmierski said. According to the DNR, 42% of all registered bucks were killed before the November gun season began. That indicates that crossbow hunters are leaving fewer bucks for gun season, and that could be prompting hunters to stay home, he said.

Prehn also asked DNR Secretary Preston Cole to develop a five-year plan to bolster big-game hunting in Wisconsin and present it to the board in the next six to 12 months.

The secretary appeared lukewarm to the idea, saying the DNR shies away from the word “plan” because things change. He said he would take the order “under advisement” and will probably come back with some recommendations.

The Conservation Congress is a group of sportsmen who advise the DNR on policy. The congress holds simultaneous public hearings in every Wisconsin county each spring.