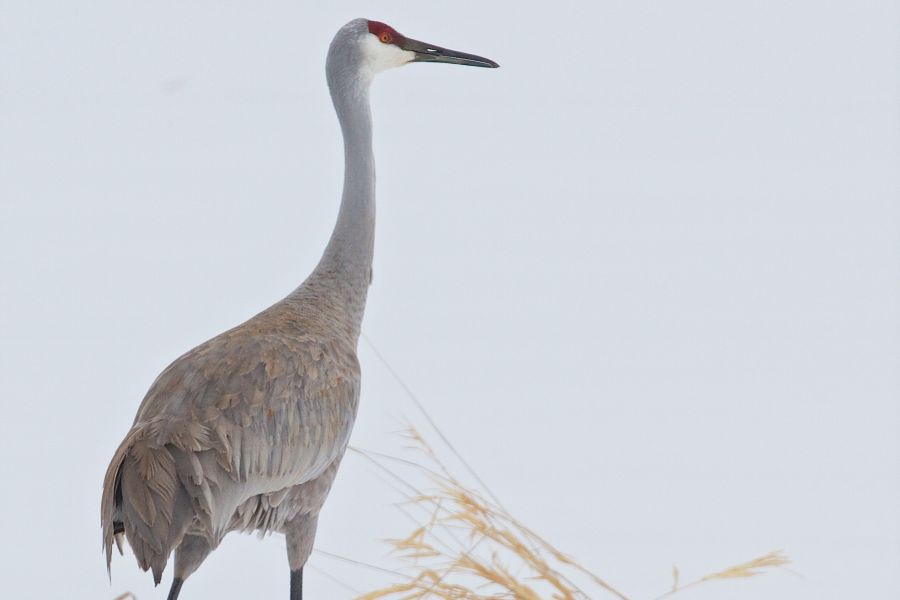 Perhaps the rotund rodent got it right this year.

It might be wishful thinking, but it seems the signs are pointing to a spring that could set in early, or at least provide regular tastes through the first weeks of March to make it feel like winter is losing its grip. Punxsutawney Phil supposedly predicted an early spring on Groundhog Day on Feb. 2, though the reliability of an animal usually still slumbering this time of year is a bit sketchy.

While the spring equinox won’t arrive until March 19 this year, Sunday marks the start of the meteorological spring, which runs March through May.

The region also should have a second straight weekend with above-freezing temperatures, though not as spectacular a warmup as the 50s enjoyed the previous weekend.

But what truly gives the glimmer of hope that winter’s on the wane is the sounds of birds beginning to sing again, cardinals and chickadees, said wildlife rehabilitator Phyllis Carlson of Quinnesec.

I had noticed the same, plus downy and hairy woodpecker males chasing and squaring up against each other, striking poses and fanning tails to already begin the process of sorting out territories. Turkeys, too, regularly block Six Mile Lake Road again as the toms try to impress the ladies with their best strut.

Skunks are out roaming again, although they still can be expected to have long inactive periods before truly rousing from the torpor of the winter months. One area resident reported a chipmunk, the “earliest I’ve ever seen one.” Hibernating chipmunks will awaken in the burrow every few days to eat and eliminate waste but usually don’t come to the surface, instead relying on food stores stashed underground.

The southern parts of Wisconsin and Michigan also have provided some further avian hints that migration has begun: red-winged blackbirds, sandhill cranes, Northern flickers, Eastern bluebirds all have been spotted. While these bird species can decide to stick it out during a winter if conditions and food supplies allow, the growing number of sightings indicates birds that did go south — at least far enough to escape the snow line — are returning, said Ryan Brady, Natural Heritage Conservation biologist for the Wisconsin Department of Natural Resources office in Ashland.

He expects later in March to see large numbers of bald and golden eagles begin heading north through Wisconsin.

Brady said the arrival of red-winged blackbirds and sandhill cranes actually is right on schedule. Red-winged blackbirds usually don’t go that far south and will be spurred by the growing daylight to come back so they can stake claim to the best nesting territories. That’s why it’s almost always the males, too, that come back first.

“You constantly have birds pushing these limits, taking that risk, that chance. Sometimes they pay for it with their life,” Brady said, noting a late storm or prolonged cold snap may catch these early returnees off-guard, with sometimes fatal results. “With that said, birds tend to be hardier than you think.”

While sandhill cranes were thought to primarily winter in Florida, a growing number seem to not go nearly as far in migration, he said. The cranes also seem able to withstand cold and snow, often remaining in parts on Wisconsin well into November.

These arrivals in the southern counties regrettably don’t mean the north will see red-winged blackbirds or flickers anytime soon, Brady added. Most of these early arrivals will need a decent food source and, especially ducks and geese, some open water available before they’ll continue migrating through.

The Upper Peninsula and northern Wisconsin likely is at least a month away from having significant patches of open water and bare ground, much less the ice being completely gone. The region built up a deep base of snow that will take some time to shrink, though it’s already definitely not at the level it was earlier in the year.

Still, just knowing they’re back in the general neighborhood is enough to lift the spirits that spring, too, is not that far away.