With deeper snow, predators may get closer to humans if rabbits, for instance, are searching for spilled food such as bird seed. (Betsy Bloom/Daily News photos)

A bobcat is shown on trail camera footage near Six Mile Lake, apparently hauling a catch. 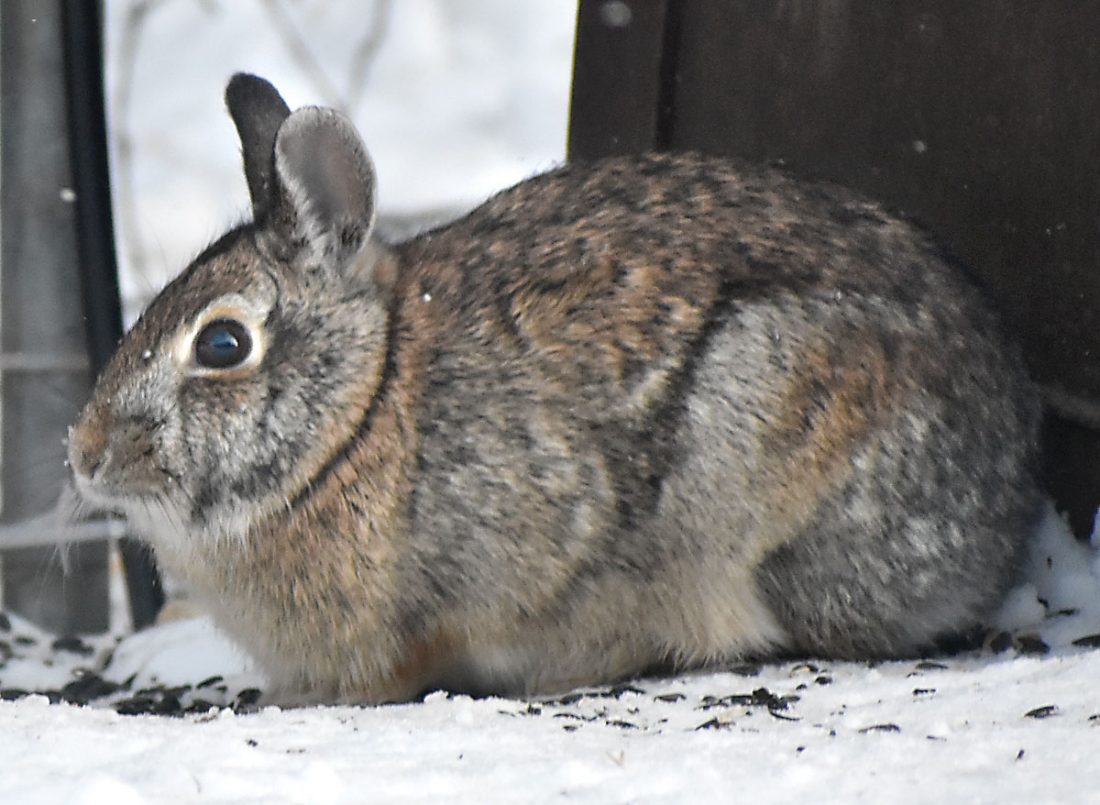 With deeper snow, predators may get closer to humans if rabbits, for instance, are searching for spilled food such as bird seed. (Betsy Bloom/Daily News photos)

It might still be winter, but some animals in the North Woods definitely have their minds already on spring.

Late winter and early spring are the times of year in which a number of predators — wolves, coyotes, fox, bobcat, soon even fisher and river otter — may begin seeking out a mate or firming up existing pair bonds.

Humans hiking in the woods or even on roads may find clear signs of this activity — a splash of yellow on a snowbank, or scat on the ground, as an invitation to the opposite sex to come hither or a warning to potential rivals to stay out.

Man-made barriers such as roads have become easy boundaries for predators to patrol and stake out territories, said Cody Norton, large-carnivore specialist with the Michigan Department of Natural Resources’ bear and wolf program.

For the canines and bobcat, any mating done in the next month or so should produce offspring in April or May. 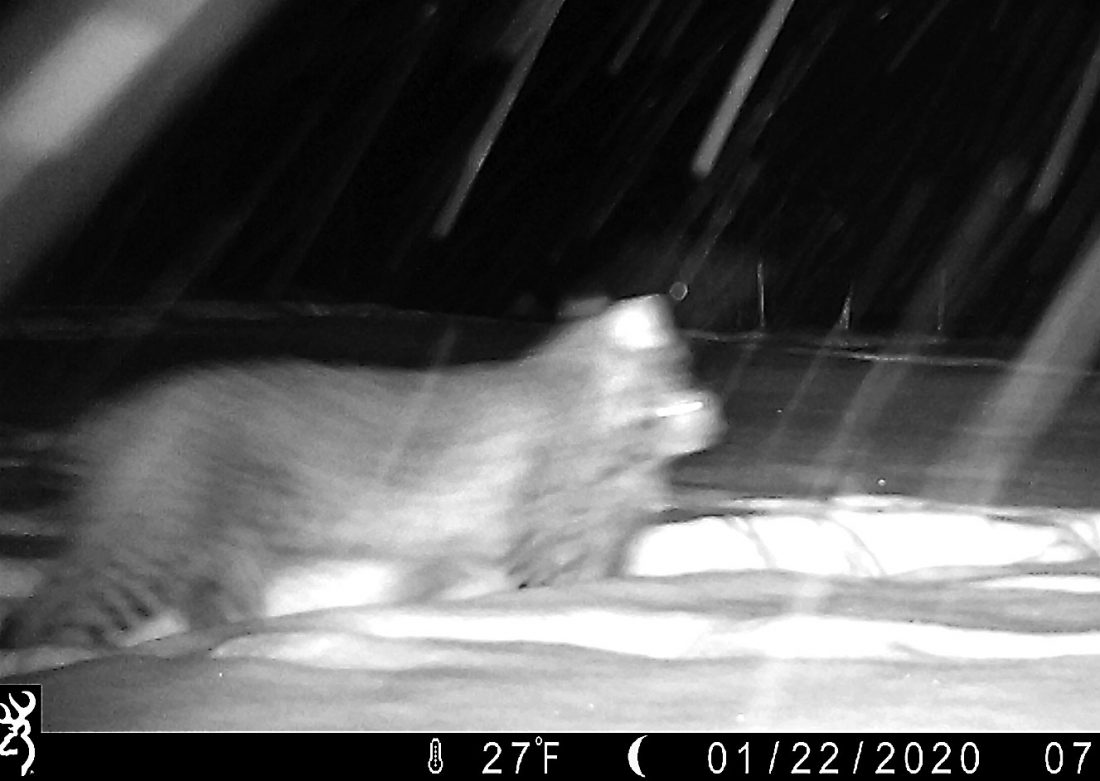 A bobcat is shown on trail camera footage near Six Mile Lake, apparently hauling a catch.

For the otter and fisher, its dark, tree-climbing cousin, it’s more complicated. Several members of the weasel family have the ability to delay implantation, meaning the female can go many months after mating with fertilized embryos in suspended animation until conditions are right for them to develop.

With the fisher, mating will come not long after giving birth but then hold off for almost a full year before the next batch is born, according to the University of Michigan’s BioKids animal diversity website at http://www.biokids.umich.edu. “So females essentially spend almost all of their adult life either pregnant or nursing young,” the site states.

Once development does kick in, actual gestation time for most predators lasts only a couple months. In contrast, deer will take about six months before giving birth, but fawns come out able to stand, nurse and even run within hours. As prey, deer almost from the start must be able to escape when threatened, Norton said.

Predators, however, have the relative luxury of getting to linger in den or nest to grow. It makes more sense instead that female carnivores not be hampered by internally hauling around a litter of cubs or pups, potentially slowing the hunter down. So their offspring usually are born blind and relatively helpless, content to stay put while the mother or parents go gather food.

Predator numbers are thought to have dipped in the mid-2010s, possibly reflecting the drop in deer after three severe winters in the first half of the decade, Norton said. If prey becomes scarce, predators will respond by producing smaller litters and fewer, if any, young may survive.

Distemper, which hit raccoon populations hard, may have affected wild canines as well, Norton said. At least three wolves collared for tracking are known to have gotten the disease, he said.

The DNR is in the midst of a wolf population survey, done every two years in the Upper Peninsula, but it’s too early to say what current trends might be, Norton said.

Bobcat numbers are more difficult to gauge, given the cats are more solitary and elusive. A few years ago, the population was thought to have dropped enough that Michigan trapping regulations allowed for only one to be taken except in Unit A, which includes all but the far eastern tip of the U.P. — and even there only on private land that isn’t commercial forest, Norton said.

But more recent reports seem to indicate predators might be on an upward trend, as deer herds rebounded and snowshoe hare and cottontail rabbits became more plentiful.

This is a good time to watch for predators, Norton said. They’re more visible with the lack of foliage. They’re starting to move more, both with breeding season and to track prey.

It might explain why Tuesday, when I’d managed to get out of work while the sun still was up, I witnessed my first bobcat not experienced through a trail camera photo. Driving east on M-69, I caught sight of a shape sprinting toward the road in great, stretching bounds, easily crossing within moments and vanishing as quickly as it appeared into the timber. It was impressive, how quickly it managed to cover the distance.

As the snow grows deeper, Norton explained, predators tend to follow existing paths and stick closer to areas where prey gravitate in winter — which can bring them closer to human homes if deer or rabbits are drawn to spilled seeds around bird feeders.

Our trail camera caught an image of a bobcat crossing the yard on one of the deer-plowed paths, carrying what appeared to be a rabbit or hare that it may very well have snagged under the bird feeder.

“They pick up on these things pretty quick,” Norton said.

Do they pose a danger, especially to pets? Norton said it’s possible but unlikely; the more common time for wolf attacks on dogs is when the pups are young enough to leave the den but still vulnerable. That also tends to be when dogs are being trained to hunt, he said.

CRYSTAL FALLS — A Caspian woman convicted of child abuse and preparation to burn a dwelling will spend 10 months ...

MADISON, Wis. (AP) — A brigadier general in the U.S. Air Force reserves who has more than 25 years of military ...

QUINNESEC — The Breitung Township Board on Monday purchased a $100 advertisement in a program for the Kingsford ... 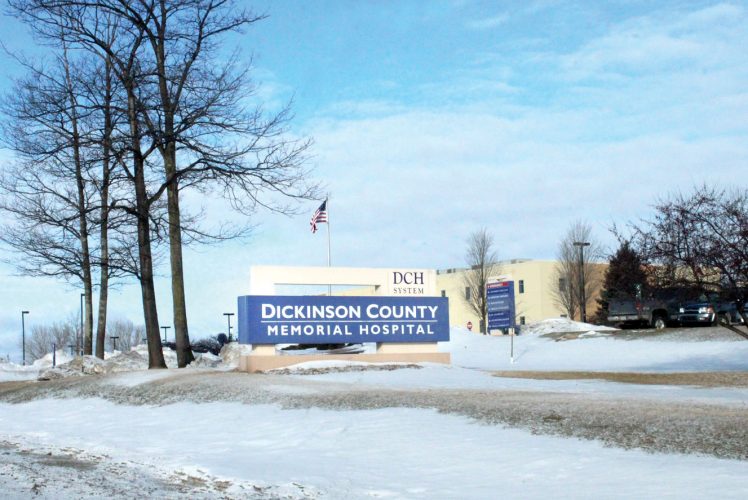