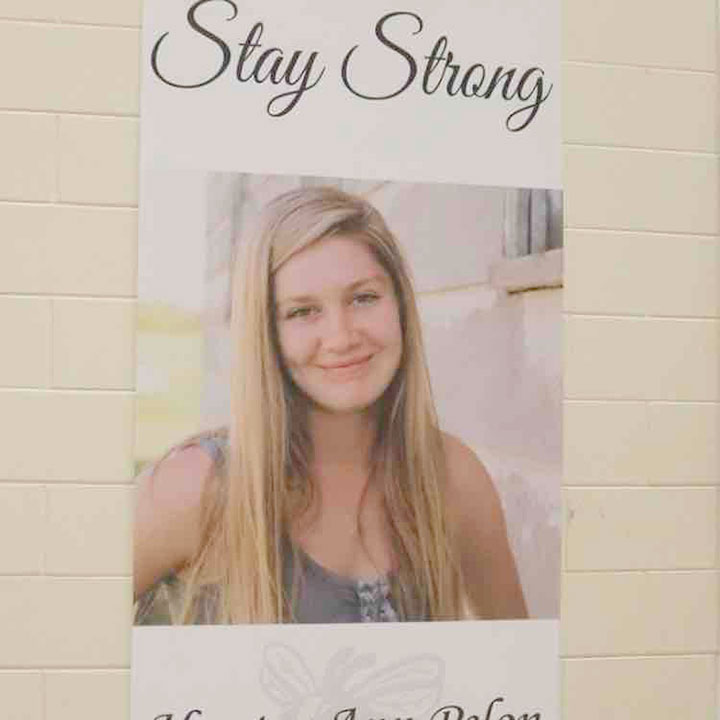 L’ANSE — A Baraga teen who family members said was not expected to survive after an automobile accident Monday that claimed two of her friends has awakened at a Green Bay, Wis., hospital.

Hunter Pelon, 17, was talking and remembered people after regaining consciousness Wednesday, her mother, Amber Pelon, said in a message Thursday night. She called the sudden turnaround a “miracle.”

Hunter Pelon had been airlifted to Green Bay after she was found unconscious in a running vehicle in L’Anse Township on Monday afternoon, along with 17-year-olds Christopher Turpeinen of Pelkie and Dylan Roberts of L’Anse. The other two teens had died.

Some of Hunter Pelon’s classmates had traveled to Green Bay for what they thought were their goodbyes, her mother said.

“From going from me having to make decisions to her talking to me the next day is just crazy,” Amber Pelon said. “I’m so glad to have her here. She is such a strong, beautiful girl.”

While the cause of the other two teens’ deaths still is being investigated, the Baraga County Sheriff’s Office stated in a news release that asphyxiation was suspected.

“Obviously there’s an extreme sadness for the classmates that they’ve lost,” she said. “And just amazement with the positive news of Hunter being awake. I think that was unexpected for them.”

Pelon has four other siblings in the district, ranging from kindergarten to seventh grade.

“It’s a small school,” Tollefson said. “Everybody knows these kids and their siblings. We’re happy for the positive news and hope her recovery continues in a positive direction.”

Four to five counselors and social workers from the Copper Country Intermediate School District came to the school Tuesday, Wednesday and Thursday, Tollefson said. Since the CCISD is closed tomorrow, two counselors from the Marquette-Alger ISD will fill in.

HOPE Animal-Assisted Crisis Response has brought crisis dogs to the school, which Tollefson said have gotten an “amazing” response.

“It’s going to be a very difficult week,” Tollefson said. “We appreciate the support from other community agencies, and schools that are sending their social workers to help us cope with this tragedy.”

Three rooms are set up where students can talk to counselors, separated by age group. Mental health professionals recommend establishing a routine and opportunities to return to a normal structure. So students are going to their regular classes, but may be excused to leave for counseling as necessary, Tollefson said.

“We’re trying to provide counseling support – large group, small group, or try to stay in the classroom if that’s what they’re comfortable with,” she said.

The district is also trying to intervene with those closest to the three students, Tollefson said.

Tollefson thanked the staff for their work supporting each other and the students this week.

“Just being together and working together, it shows the strength of the staff, the way they pull together in a crisis,” she said.

Some students have also found some solace in action. A group planned a memorial at Tuesday’s basketball game, including testimonials from two students, a moment of silence, and empty seats to mark the three students.

Instead of admission, the school set up a voluntary donation at the door. It raised $4,500, split equally between the three families. The referees also donated their checks back, Tollefson said.

Students also made large banners with the three students’ faces on them, and hosted an impromptu bake sale to raise funds.

“Students like to feel like they’re doing something in a time of crisis to try to make it better,” Tollefson said.

Pelon’s GoFundMe page had raised almost $12,000 as of Friday morning. The family continues to need money for medical expenses; Pelon’s mother is also staying with her in Green Bay, the GoFundMe page said. To donate, go to https://www.gofundme.com/f/1wj46remk0.

A GoFundMe page has also been established for the family of Chris Turpeinen. That has raised more than $2,566 of a $10,000 as of Friday morning. To donate, go to gofundme.com/f/help-support-the-family-of-chris-chris-turpeinen.