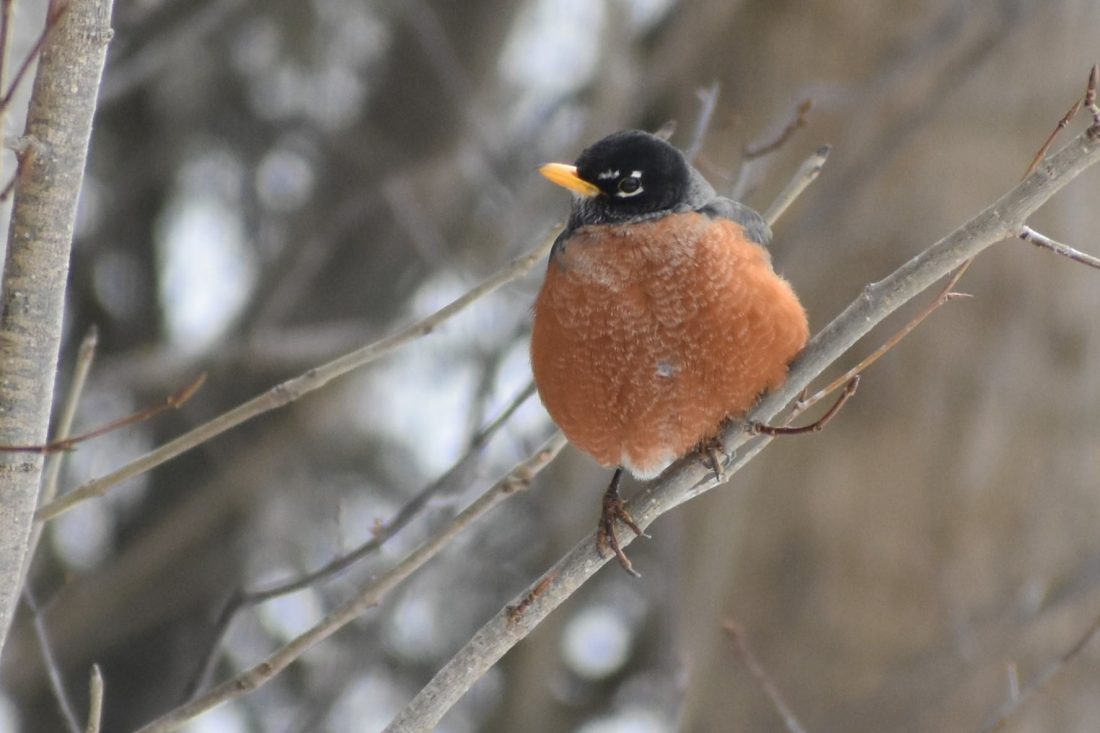 Winter continues to relax its grip on the region, with several indications in the past week of the transition to spring.

A chipmunk came scurrying out from under my vehicle as I backed out of the slushy driveway last Saturday; luckily, I was moving slowly and the chipmunk was quick for being out of hibernation.

A few new birds for 2020 have appeared at the feeders, such as a purple finch and at least a couple of red-breasted nuthatches. Both usually remain year-round but vanished this past fall, so it was good to see them return. Robins again are singing in the evenings, now with daylight lasting until almost 7 p.m.

The other not-so-pleasant aspect of the waning winter is what the receding snow reveals in the yard, now a soggy mess of brown grass and many, many piles of deer and rabbit droppings. The snow, like throwing a cover over a ratty couch, makes it look tidy, but getting to say goodbye to winter also means dealing with the melt as the accumulated piles dwindle and turn gray with grime.

Late winter and early spring may be the ugliest time of the year until the new growth starts and a few decent rains arrive to wash down the droppings and other deposits left behind by the snow.

The earliest of the waterfowl, common and hooded mergansers, also have been seen where there is open water. And red-winged blackbirds, American woodcock and turkey vultures have been reported as far north as Door, Marathon and Burnett counties.

Their arrival here will depend on how quickly the ice opens up. At Six Mile Lake, the ongoing melting has visible stepped up the flow in from Solberg Creek and the flow out through Six Mile Creek. It has a growing spearhead cutting into the ice near our home — because of the water flow, that area always is the last to freeze and first to began showing signs of the ice giving way. It makes for a great spot to watch eagles fish, mergansers loaf and preen and otter haul out to chow down on a catch.

Likely winter is not done with us just yet. But March so far has been milder than normal, so we can hope the lion doesn’t bare its teeth to close the month out.