Twin fawns were born outside Wanda and Rick Sherman’s home on Fourth Street in Iron Mountain. Wanda Sherman said her husband discovered the pair, which they named Peace and Promise, just after their birth Sunday morning. They stayed all day Monday but were gone Tuesday morning.

Several goslings were seen on the shores of Lake Antoine in Iron Mountain on Friday afternoon. (Theresa Proudfit/Daily News photo) 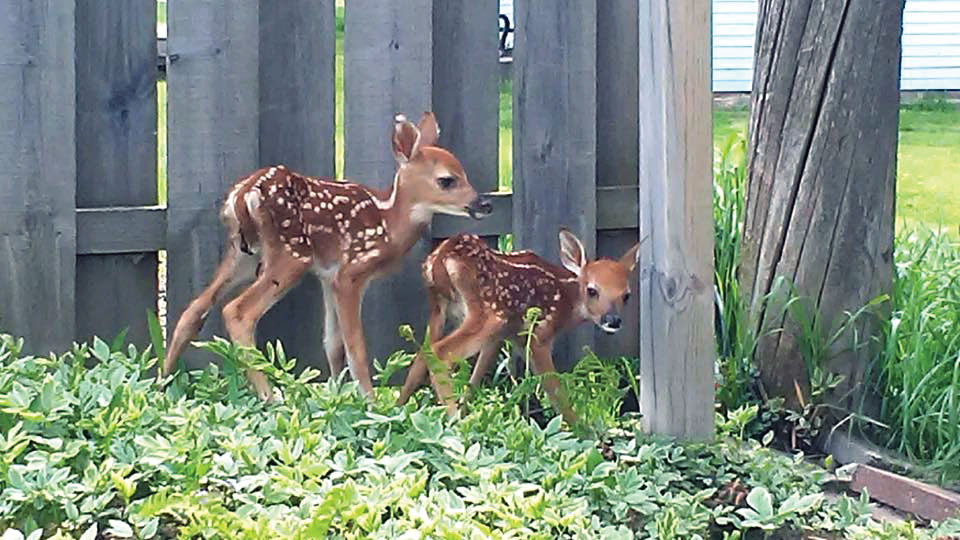 Twin fawns were born outside Wanda and Rick Sherman’s home on Fourth Street in Iron Mountain. Wanda Sherman said her husband discovered the pair, which they named Peace and Promise, just after their birth Sunday morning. They stayed all day Monday but were gone Tuesday morning.

Memorial Day weekend certainly seemed warm and fair enough to go ahead and get those hanging flower baskets up and plant the window boxes on my mom’s quilt shop.

That, however, proved to be a somewhat bad decision in hindsight, both due to the frost predicted this weekend and the clouds of black flies that descended last weekend.

They were seriously bad, worse than I’ve experienced in the roughly five years I’ve been up here, though I’m sure those with a longer history in the region probably can cite a more extreme outbreak. (If so, my sympathies.)

More clothing, even finally giving in and turning to the most powerful insect repellant I could find — which I usually try to avoid, as anything that says not recommended for children probably isn’t all that advisable for humans in general — didn’t do anything more than make it a little safer to breath without inhaling flies. And I still bear lumps and marks where they drew blood.

It seems sometimes that enjoying the beauty that is life in the Upper Peninsula and northern Wisconsin comes with various costs. Black flies are a particularly vicious plague. 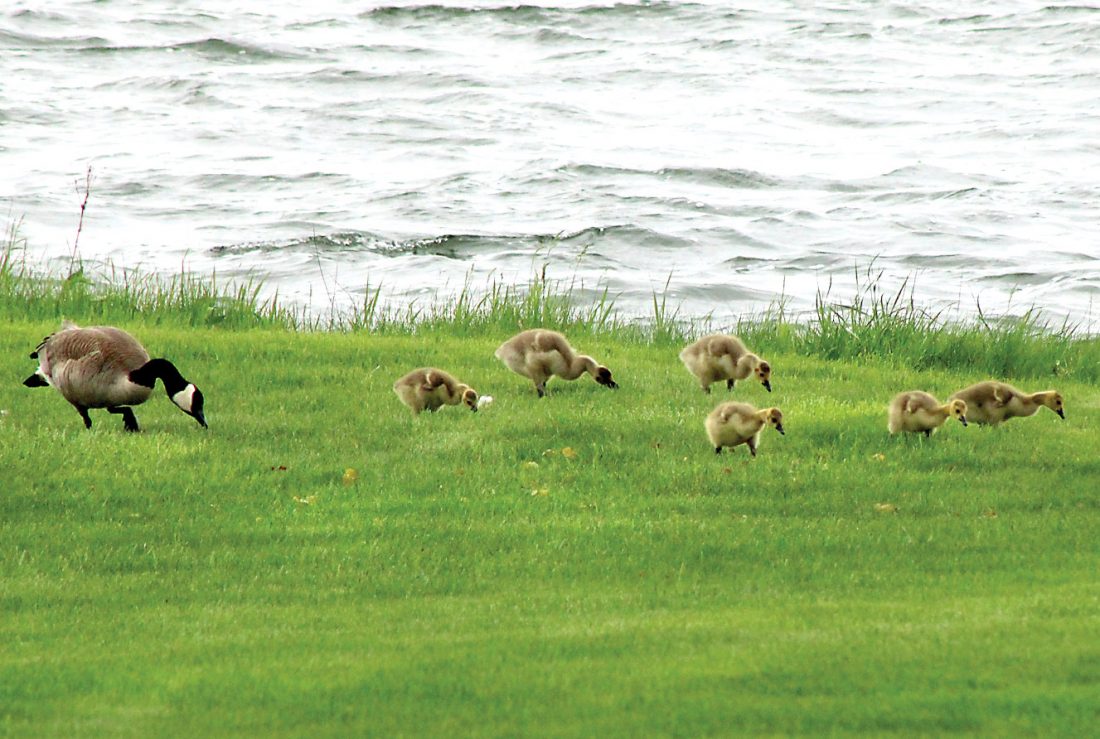 Several goslings were seen on the shores of Lake Antoine in Iron Mountain on Friday afternoon. (Theresa Proudfit/Daily News photo)

The project to get endangered whooping cranes to nest at Necedah National Wildlife Refuge in central Wisconsin was shifted to Horicon Marsh in 2011 after black flies proved so pernicious they would drive the brooding birds off their nests.

This year, reports have come of common loons so under attack by black flies they, too, have abandoned nesting attempts.

In more extreme years, the flies have been known to suffocate pastured animals by crawling down the nose and throat and killed other forms of livestock, such as chickens, when saliva injected by each fly bite eventually triggered toxic shock, according to the website for the Entomology Department at Purdue University. Some animals may become severely weakened by blood loss, though again that’s rare, the site states.

But stress likely takes more of a toll than the bites themselves, as the animal tries to seek some kind of relief from the flies. I’ve seen at least two deer this past week come sprinting out of the woods — heads shaking, ears and tail flapping — coming dangerously close to the road while seemingly focused only on escaping the hoard.

The biting flies all are female, and like mosquitoes need a blood meal for egg development. Unlike mosquitoes, black flies in North America are not known to potentially transmit any diseases to humans when they bite. They can, however, pass along protozoa and nematode worms that can cause health problems in other animals, according to the Purdue website.

The one positive thought about black flies: They’re short-lived, surviving only two to three weeks, usually in late spring and early summer.

That can give the birds a window of opportunity to re-nest once the maddening clouds of flies subside for the season.

Unfortunately, deer flies and stable flies are on the horizon …

As predicted, the number of reports of fawns being found or seen in the region did pick up this past week. Most people do seem to be keeping their distance.

One of the most common questions I see is why so many of these fawns turn up close to human homes or structures, or in backyards. A few years back, a doe raised a pair of fawns on the Dickinson County Courthouse grounds.

It’s probably by choice, said Phyllis Carlson, a wildlife rehabilitator in Quinnesec. The doe senses being close to humans could discourage predators, or at least recognizes it sees fewer threats to its fawns.

Though that’s not a given, either: Escanaba this week had two bears turn up in trees in different parts of the city.

Carlson again stressed not to interfere with fawns, as very few rehabilitators in the region are capable of taking them in, given the time and space demands involved; she does not accept fawns herself.

Some other new notes around the area from the past week: the trillium looked good but didn’t last long, the marsh marigolds appear spent as well, but the first Canadian tiger swallowtail butterflies are being seen, as are hatching birds.

Chokecherries and other fruit trees and shrubs are blooming as well. Let’s hope the frost proves mild and doesn’t stunt the berry crop for the fall.