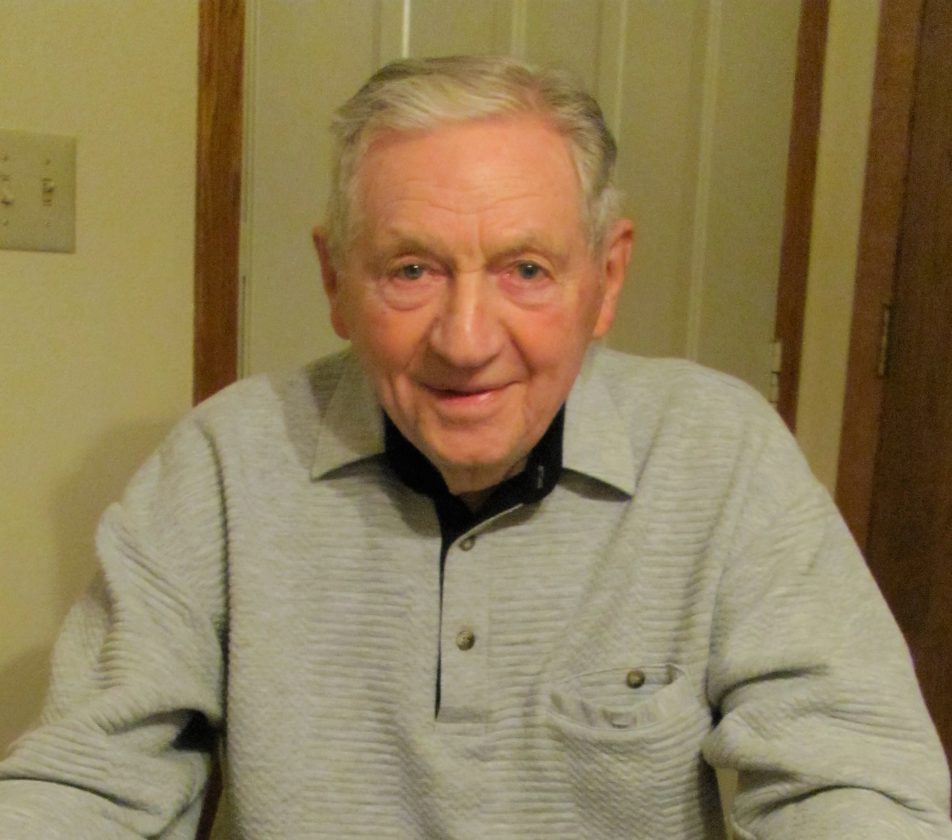 KINGSFORD — Zygmund Bonkowski, passed away peacefully at the age of 102 at Evergreen Assisted Living in Kingsford on Saturday, Feb. 4, 2017.

Zyg was born on Nov. 11, 1914, in Huntington, Pa. His parents were Albert and Josephine (Matusiak) Bonkowski, who emigrated from Poland and settled in the Chicago area.

While in Chicago, Zyg’s first job (age 19) was as a cooper, making kegs to hold nails, screws and spikes. He was soon promoted to foreman and oversaw the men who filled boxcars with the kegs. “Zeek,” as he was called by his coworkers, was able to purchase his first car during this timeframe.

At age 24, he sold his car and joined the Civilian Conservation Corps (CCC) and was stationed in Washington for six months. He was a second cook, made friends easily and was able to see a bit of the country.

Once he left the CCC’s, he went back to Chicago and worked at BR Ringwald & Co. a local lumberyard where he met his future wife, Anita Rumpf, who was the lumberyard’s secretary/receptionist.

In 1941, he left Ringwald’s to join his father at a steel mill, International Harvester. While on the 3-11 shift, they got word that the Japanese had bombed Pearl Harbor.

At the age of 28, Zyg was drafted to United States Army. ‘Bonky,’ his nickname given by his fellow Army buddies, served stateside making barracks, furniture and doing anything that was asked, including teletyping for communications.

During his years away, Anita and Zyg kept in contact by writing letters to each other. They later married on Sept. 7, 1963.

Upon Zyg’s return from the army, he worked for Spiegel’s for a year doing carpentry work. He then made the move to Manhattan Lumber, where he was a union worker for 22 years, doing carpentry work. He later left Manhattan Lumber and tried other cabinet shops. During the 1970s, Zyg and Anita built a home in Appleton, Wis. While in Appleton, he was a self-employed cabinetmaker. Zyg was a skilled craftsman, making many of his own tools to further enhance his craft.

After retirement, Zyg and Anita built a home in Iron Mountain. Zyg continued to make all types of woodworking projects, including the cabinetry for their new home. Many folks have been the recipient of his handiwork.

After Anita’s passing in 2009, Zyg sold their home and moved to Evergreen Assisted Living where he was currently residing.

Both Anita and Zyg were very devoted members of St. Mary & St. Joseph Catholic Church. They shared a deep Catholic faith, as well as love of family.

His favorite pastime throughout the years was playing the concertina for enjoyment and ‘for the old folks’ at various venues with his guitar accompanying friend, Ed Simbob. During his 102nd birthday get-together, they serenaded folks with a few of their favorite songs.

Zyg’s birthdate was extra special to him, as it coincides with Armistice Day and Remembrance Day, currently known as Veterans Day (which marked the anniversary of the end of World War I at the 11th hour of the 11th day of the 11th month of 1918). Zyg was exactly four years old at the time and remembered that day clearly, as horns were blowing everywhere.

Until recently, Zyg was an active member of the Golden Ks. He had strong opinions on politics, religion and the perils of society, as many friends and family members can attest. Zyg’s stories, quick wit and charm will be missed by all who knew him.

His 102 years of life and good health were in his words, “a true blessing.”

Later in life, Zyg was especially appreciative for the close relationship he developed with his niece, Pat Hyland, and nephew, Gene Peterson, who — along with many others — were there for him to ensure his well-being.

In addition to his wife and his parents, Zyg is preceded in death by his brothers; Joseph, Steven and Wally; his sister, Phyllis, brothers and sisters-in-law, and nieces and nephews.

Zyg is survived by multiple generations of nieces and nephews, and countless friends.

Funeral services will follow at 11 a.m. at the church. Fr. Janusz Romanek will offer the Mass of Christian Burial.

Burial will be in Cemetery Park. The American Legion Post 363 of Kingsford will conduct military graveside honors.

In lieu of flowers, memorials may be made to the Dickinson County Cancer Unit Loan Closet.

Condolences may be expressed to the family of Zygmund Bonkowski online at www.ernashfuneralhomes.com.

The family has entrusted the Erickson-Rochon & Nash Funeral Home with the funeral arrangements.