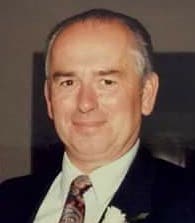 During that time, Tim owned and operated Amazing Grace Ministries, a ministry in a church and a bookstore, as an ordained minister.

Besides his love of God and ministry, he enjoyed hunting and fishing.

In addition to his parents, he was preceded in death by his son, Vincent Ross; and his brothers, Keith, Steven and Ralph.