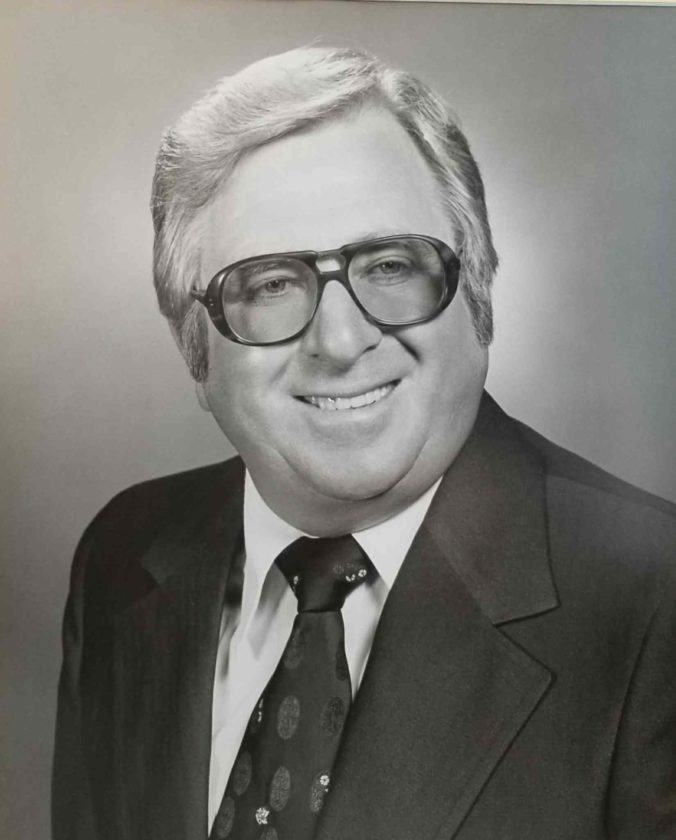 He was born April 7, 1927, in Aurora, son of the late Wesley and Myrtle (Bolander) Edwards. Tom graduated from Kingsford High School and enlisted in the United States Navy where he served his country for two years. Upon his honorable discharge from the Navy, Tom moved back to the area and worked alongside his father in Aurora at their Shell service station, where he later began a used car lot. In 1968 he purchased the GM dealership in Iron Mountain, and the business continues to this day as Edwards Automotive under the management of his sons and grandsons.

Tom married his high school sweetheart, Lenore “Lu” Kleiman in 1947, and they began raising their seven children on their family farm. They taught their children to be hard workers, always busy with chores and caring for their many animals. Tom passed this joy of country living to his grandchildren and great-grandchildren, who still enjoy adventures on the farm in Aurora.

Tom’s leisure time was always filled with sports. He played on the local softball and baseball teams for years, bowled in the leagues at Recreation Lanes, and took up golf in his forties. Golf remained a passion the rest of his life and he won numerous trophies in many tournaments. He was a long-time member at Pine Grove Country Club in Iron Mountain, Oak Crest Country Club in Norway, and Apache Wells Country Club in Mesa, Ariz.

Tom’s life was characterized by generosity, a competitive spirit, and an ambition to make a better life for his family. From his service in the Navy to his business savviness, from his crazy golf skills to his deep love for his “gal” Lenore, Tom has left a wonderful legacy of a “never quit” life.

Tom was preceded in death by a grandson, Jacob D. Edwards.

Burial will be in the Homestead-Aurora Cemetery in the spring.

In lieu of flowers, memorial donations may be made to the family, who will establish a vocational scholarship at the Dickinson-Iron ISD Career & Technical Education Center in Tom’s memory.

Condolences may be expressed to the family of Tom Edwards online at www.ernashfuneralhomes.com.