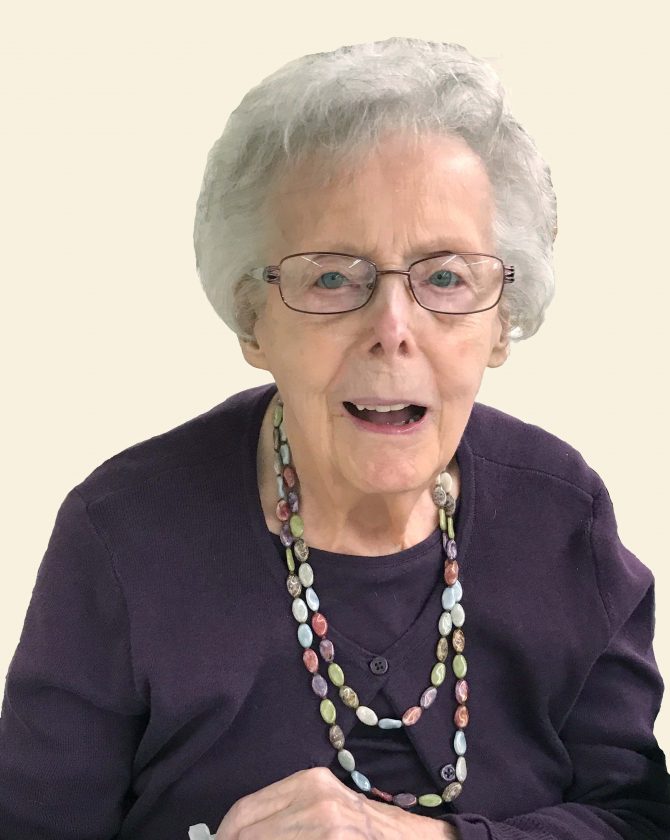 As a young lady, she often came to Iron River to visit relatives.

She met her future husband Douglas Carlson at Ice Lake. After he served in World War II the couple were married and then built their home at Ice Lake, where she lived her entire life. Douglas preceded her in death in 1978 after 33 years of marriage.

She was employed as a legal secretary in downtown Chicago before moving to Michigan. Alice was employed at the Dickinson-Iron District Health Department until her retirement in her early 70s.

Alice loved her family, gardening, sewing, and the Green Bay Packers. She was very proud of her Swedish heritage, which could be seen and enjoyed at family gatherings. She was a wonderful cook! As a leader in the 4-H group “The Ice Lake Needle Travelers,” many girls were taught how to sew.

Alice is further survived by her only sister, Lorna Jacobs of Gurnee, Ill.

She was preceded in death by her parents; her in-laws, Hjalmer and Mabel Carlson; two brothers-in-law, Franklin Carlson and Robert Jacobs; son-in-law, James “Merle” Olson; and her special friend, Santina Wales.

Visitation will be 10:30 a.m. to noon Friday, Aug. 9 at the Jacobs Funeral Home of Iron River. Funeral services will follow at noon with Pastor Avery Carr to officiate.

Interment will be in Resthaven Cemetery.

Condolences may be expressed to the family of Alice Carlson online at www.jacobsfuneralhomeir.com.