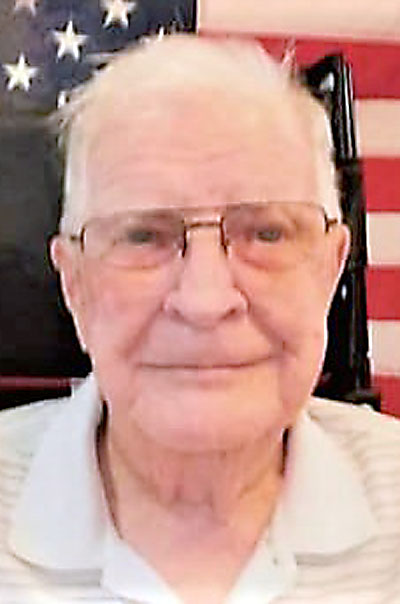 Matthew married the love of his life, Donna M. LaDuron on Aug. 6, 1949. The couple recently celebrated 70 years of marriage.

Matt worked as a welder/fabricator for Lakeshore Inc. for 37 years, retiring in 1988. He will always be remembered for his love of the Lord, being ordained into the ministry. One of the highlights of his life was having the privilege to baptize his granddaughter, Shannon. He loved knocking on doors, presenting the Gospel and leading many of the lost to a saving knowledge of Jesus.

Matt enjoyed fishing, hunting, camping, snowmobiling and buying and selling antiques. He spent many years helping his sons on their racing endeavors in his earlier years, along with watching his grandson Kristopher race in his later years. You could find him at any of his grandsons’ sporting events, no matter the distance.

Faith first and family dedication were his top priorities.

He had been blessed with 17 additional great-grandchildren; a very special sister-in-law, Mitzi (Mack) Hall; and many special nieces and nephews.

Matt was preceded in death by his parents, Mathias and Martha Neuens; a brother, Charles; and son-in-law, Gary Oliver.

Matt was a war veteran and served our nation in the Army from 1951-53 during the Korean War. Military honors will be given with a special honoree in attendance, his great-grandson, Domenic Spigarelli from West Point Academy.

Known as Uncle Chubby to his nieces and nephews, his great-nephew Adam LaVigne will be officiating Matt’s Celebration of Life Service on Saturday, Jan. 18, at Homestead Baptist Church.

Visitation will be from 11 a.m. to 1 p.m. and the service will begin at 1 p.m. A luncheon will follow the service.

Burial will be held in the spring at the Aurora-Homestead Cemetery.

Matt’s deepest desire was for all to have a personal relationship with Jesus Christ. He could often be heard reciting John 3:16 to those he spoke with: “For God so loved the world that he gave his only begotten Son, that whosoever believeth in Him should not perish, but have everlasting life.”

Condolences may be expressed to the family of Matthew D. Neuens online at www.ernashfuneralhomes.com.