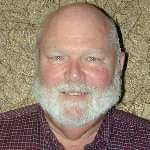 He was born Jan. 5, 1948, in Livonia, son of the late George and Jesse (Grossett) Andersen. David grew up in Livonia and graduated high school there. He went on to receive his master’s degree in Forestry from Michigan Technological University. David served in the United States Navy from 1967 until his honorable discharge in 1972. He married Diana Krueger and they were married for 27 years. She resides in Punta Gorda, Fla. David then married Annette DeClark on July 14, 2001, in Manistique.

David worked for the Timberman’s Association and owned and operated Northwoods Group in Rapid River for many years. In the early 90s, he and Annette moved to Manistique. Davie was the Michigan State University County Extension Director for Schoolcraft County for 17 years, retiring in 2013. At this time, they wintered in Vero Beach, Fla., until 2013 when they moved to Iron Mountain.

Over the years David enjoyed sailing the Great Lakes, playing cribbage at the Iron Mountain Senior Center, woodworking, woodcarving, and was an active member of the Wood Bee Carvers. He will be missed by his family and many friends.

In addition to his parents, David was preceded in death by one brother, Craig Andersen.

You may leave a condolence or tribute for David’s family online at www.JacobsFuneralHomes.com.

The family has chosen the Jacobs Funeral Home and Cremation Services, Iron Mountain, to honor David’s legacy of life.