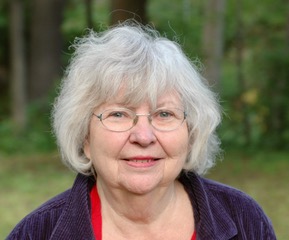 Charlotte was born Aug. 23, 1934, in Chicago, to Dr. Willard and Edith Wood. While growing up, her family traveled between three homes in Chicago, Florida and on the Chain of Lakes in Spread Eagle.

She played basketball in high school, and although she didn’t consider herself a musically inclined person, she could throw down on the piano and clarinet.

In the summers of her youth on the Chain at Spread Eagle, she rode around on a pontoon boat, which she called the “Party Barge.” She said it was big enough to hold a piano — no really — it held a piano, and Charlotte played it.

She could also be seen cruising around in her pink convertible, “Pinkie.”

Always on the go, she would arrive at the Svecia club late for dinner and she considered it a badge of honor when the elders clinked their glasses in disapproval.

She received her master’s degree in education and taught in various locations before teaching 1st grade at Woodland Elementary.

Char dearly loved her students and could remember most of their names years later. Crayon eaters can now rest comfortably, knowing their secret is safe.

As a 4-H instructor she taught knitting, and her knitting stitches were perfection. She continued to knit and sew throughout her life.

She was a voracious reader and was well known at the Dickinson County Public Library, averaging about one mystery novel every other day.

Pets were always welcomed at her house and she recently adopted a cat from the wonderful organization, Barn Buddies. The cats, Cora and Dilly, will be kept in Char’s family.

Watching the Green Bay Packers with her son, his wife and her granddaughters was something she looked forward to. We wanted the Green Bay Packers to be her pallbearers so they could let her down one more time. It is hard to believe that her beloved Cubs were the team that won the last championship of all of her favorite teams.

Char, or Gramma, was the Badwater Ski-Ters Waterski Show Team’s biggest fan, and she rarely missed a show. She had no qualms about telling the show directors (son and granddaughters) what she did or did not like about the show, and we thank her for that. She made the shows even better

Char and her friend Mary started “Art Show in the Woods,” the annual Spread Eagle juried art show. It was the very first art show in the area.

Retirement — after 30 years of teaching — was followed by a second career as a webmaster for Exploring the North. She worked up until her death as a webmaster and she never was one to believe the stereotype that the elderly and technology did not mix.

She is on her way to reunite with those who have passed: her parents, Willard and Edith; her younger sister, Vivian; and many cats, dogs, and one caiman waiting for her on the rainbow bridge.

A private graveside ceremony will be held Wednesday.

In lieu of flowers, the family asks for donations in her name to the Almost Home Animal Shelter.

Condolences to the family of Charlotte A. Simons can be made online at www.ernashfuneralhomes.com.