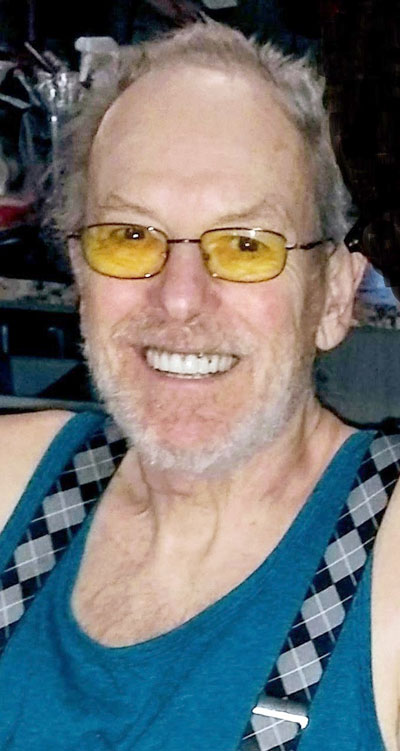 QUINNESEC — Thomas M. “Thom” Gribben, 69, of Quinnesec, passed away Saturday, April 4, 2020, at the Oscar G. Johnson VA Medical Center in Iron Mountain, with his wife by his side.

He was born May 5, 1950, in Norway, son of the late Milton and Roberta (Langworthy) Gribben. Thom grew up in Quinnesec and was a graduate of Kingsford High School, class of 1968. Following high school, he attended Northern Michigan University.

Thom proudly served in the United States Army from 1969 until 1972, during the Vietnam War. He then enlisted into the United States Navy, serving from 1980 until 1986. Following his time in the Navy he moved back to Quinnesec in 1986. He was united in marriage to Strawberry Adleman on Oct. 3, 2018, in Iron Mountain.

Thom was a member of the D.A.V. and worked as a bartender in many establishments. He enjoyed visiting with friends and having people around.

Survivors include his wife, Strawberry Gribben of Quinnesec, Mich.; one son, Thomas M. Gribben Jr. of Florida; and one stepson, Gary (Sherry) Nichols of Niagara, Wis.

Private visitation will be held. Burial will be in Breitung Township Cemetery in Quinnesec.

You may leave a condolence or tribute for Thom’s family online at www.JacobsFuneralHomes.com.

The family has chosen the Jacobs Funeral Home and Cremation Services, Iron Mountain, Mich., to honor Thom’s legacy of life.