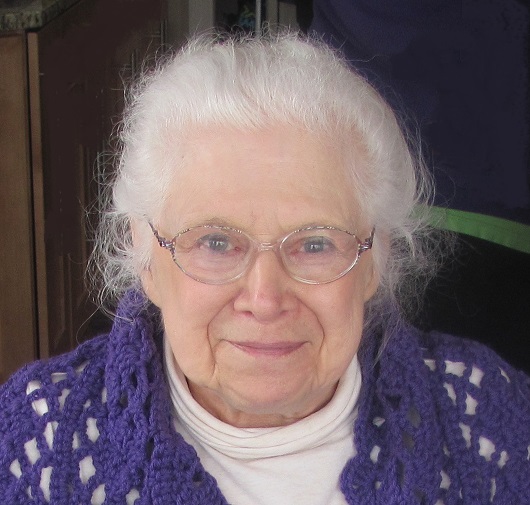 She was born in Kingsford, Mich. on March 26, 1933, the daughter of Dolphus and Barbara (Strutz) Bourgeois, who preceded her in death.

She was raised in Iron Mountain and following her graduation from Western High School in 1951 she moved to Detroit where she worked as a keypunch operator for McClouth Steel.

She served a three year enlistment with the Air Force Reserves during the Korean War.

She worked as a keypunch operator for AC Spark Plug and enjoyed being part of the AC Spark Plug Chorus where she met many popular vocal artists of the time when the chorus preformed with them.

Her desire to be a nurse led her back to college and she became a licensed practical nurse studying at Mott Community College and while working at hospitals and nursing homes in the Flint area, she received her bachelor of science degree in nursing from the University of Michigan-Flint.

She enjoyed U of M football and cherished the memory of a trip to Pasadena to enjoy a Rose Bowl they won.

She was an avid reader and also enjoyed journaling her feelings.

Family was her first love and she was a proud matriarch of five generations.

In addition to her parents she was preceded in death by her husband, Jerry; siblings, Lawrence, Eleanor Brown, Harold “Butch”, and Del; and sons-in-law, John Bishop and Bernard Campbell.

Due to current restrictions, services and ennichment will be held at Great Lakes National Cemetery in Holly at a future date.  Arrangements are being handled by Wagner and Walsh Funeral Directors in Roscommon.