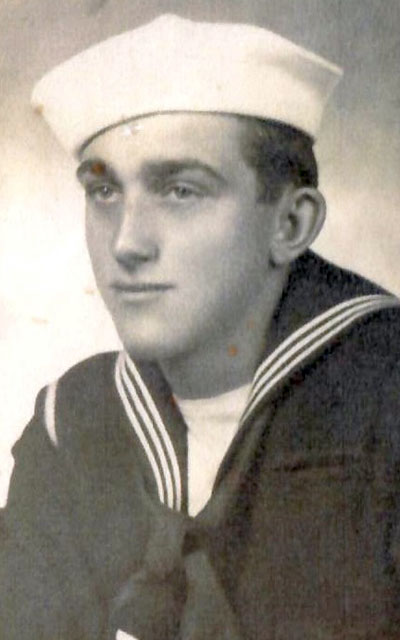 Robert served his country in the U.S. Navy during World War II.

Robert was a lifelong member of St. Barbara Catholic Church in Vulcan.

Cubby’s number one concern was his family even in tough times, he was always there for us with caring advice and guidance.

He was an avid gardener, once growing a sunflower over 19 feet. His main passion was carving and hand painting wooden Santa Clauses, completing over 400 for family and friends. When his youngest son became a priest, he celebrated by making a 2 1/2 feet tall replica of St. Barbara Catholic Church.

Cubby was also an excellent local historian and story teller, recalling all the ore mines, local characters and their nicknames. His favorite stories of his boyhood days and frolics always put us in stitches.

He was also preceded in death by his brother Norman.

Cubby also wished to thank doctors Mahadev and Victoria Jakel and their staff. The staff and residents of Evergreen Meadows in Norway, as well as the medical personal and P.T. department of the Oscar G. Johnson V.A. Medical Center and Annie.

Visitation will be held on Monday, June 29 from 6 to 8 p.m. at the Ortman Funeral Home in Norway.

Parish Prayers will be held on Monday at 7:30 p.m. at the funeral home.

The Mass of Christian Burial will be celebrated on Tuesday, June 30 at 11 a.m. at St. Barbara Catholic Church in Vulcan, with Fr. Timothy Ekaitis and Fr. John Martignon officiating.

The Interment will follow at the Norway Township Cemetery.

Condolences to family of Robert may be expressed online at www.ortmanfuneralhome.com.