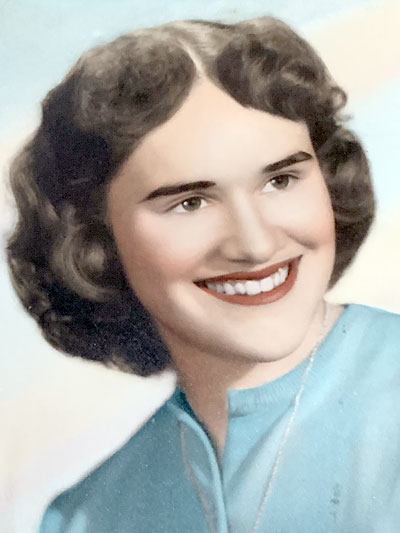 She was born on April 1, 1940, in Stambaugh, the daughter of the late William and Evalyn (Verville) Goodman. She attended the Caspian and Stambaugh Schools, graduating from Stambaugh High School with the Class of 1958.

Sharon married Keith Kopenski on Oct. 16, 1958, in Iron River. They celebrated their 61st wedding anniversary in 2019.

She was employed by the Kenosha Police Department in the Traffic Division until her retirement and subsequent move back to Iron River in 1996.

She was a member of St. Cecilia Catholic Church of Caspian and was active in Al-Anon. Sharon enjoyed reading, working crossword puzzles, crocheting, arranging flowers, going to dinner with friends, watching adventure TV shows, and playing games on her iPad. Sharon was also a brown belt in judo

She was also preceded in death by her daughter, Jodi Gustaveson and sister, Corrine Williams.

A visitation will be held on Tuesday, June 30, 2020, from 10 to 11 a.m. at the Jacobs Funeral Home in Iron River. A memorial service will follow at 11 a.m. with Pastor Dawn Robbins to officiate.

At the request of the family and the funeral home, masks are required and please respect social distancing.

The family would like to thank the staff at Aspirus Iron River and Aspirus Wausau Hospitals for their excellent care of Sharon during her short illness.

Condolences may be expressed to the family of Sharon L. Kopenski online at www.jacobsfuneralhomeir.com