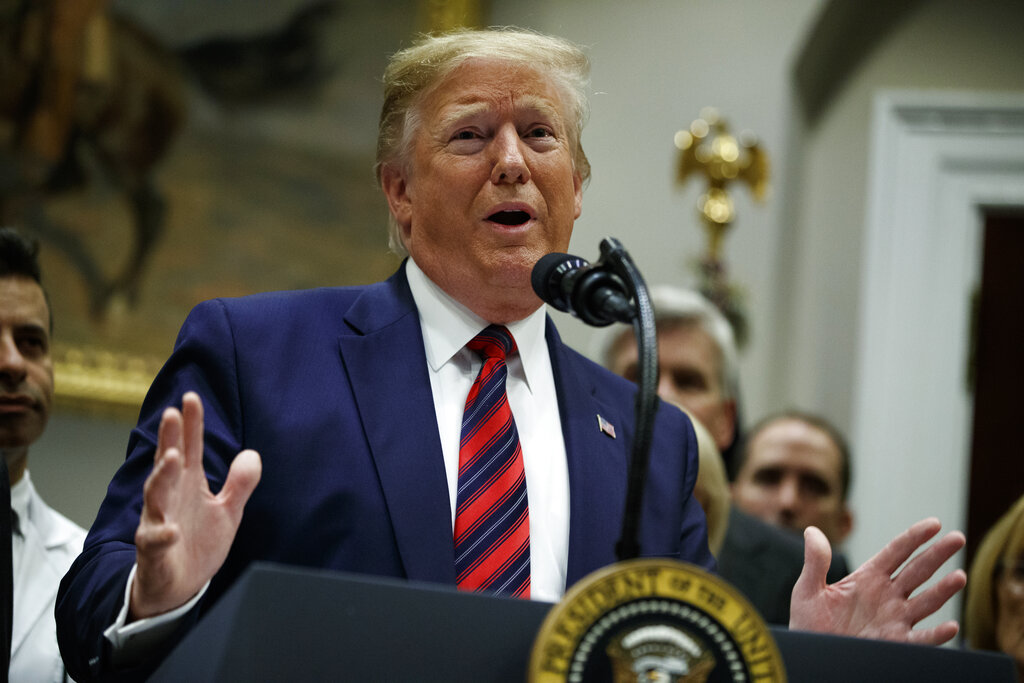 President Donald Trump speaks during a event on medical billing, in the Roosevelt Room of the White House, Thursday, May 9, 2019, in Washington. (AP Photo/Evan Vucci)

WASHINGTON (AP) — President Donald Trump has a message for Iran’s leaders as tensions flare over the Islamic Republic’s nuclear program: “Call me.”

The softer line marks a clear shift, at least rhetorically, from the administration’s tough approach to Iran, which has included moving some of America’s most formidable military weapons — an aircraft carrier and B-52 bombers — to the Middle East.

Shortly after Trump spoke, Secretary of State Mike Pompeo issued a written statement that reinforced Trump’s friendly tone. After repeating the administration’s complaints about Iranian misbehavior, including what he called “40 years of killing American soldiers, attacking American facilities and taking American hostages,” Pompeo appealed to “those in Tehran who see a path to a prosperous future” through modifying the regime’s behavior.

Pompeo quoted Trump, the self-styled dealmaker, as saying he “looks forward to someday meeting with leaders of Iran in order to work out an agreement and, very importantly, taking steps to give Iran the future it deserves.”

Tensions have been escalating between Washington and Tehran in recent days. The Trump administration moved a bomber squadron and sped up the deployment of a U.S. aircraft carrier to the region in response to unspecified threats by Iran against American interests. And on Wednesday, Iran threatened to renew some nuclear enrichment that had been halted under the 2015 nuclear deal.

Trump withdrew from the deal last year, citing Iran’s other malign activities in the region.

Trump acknowledged Thursday that the new deployments could increase the potential for military confrontation, but he wants Iran’s leadership to know that his phone line is open.