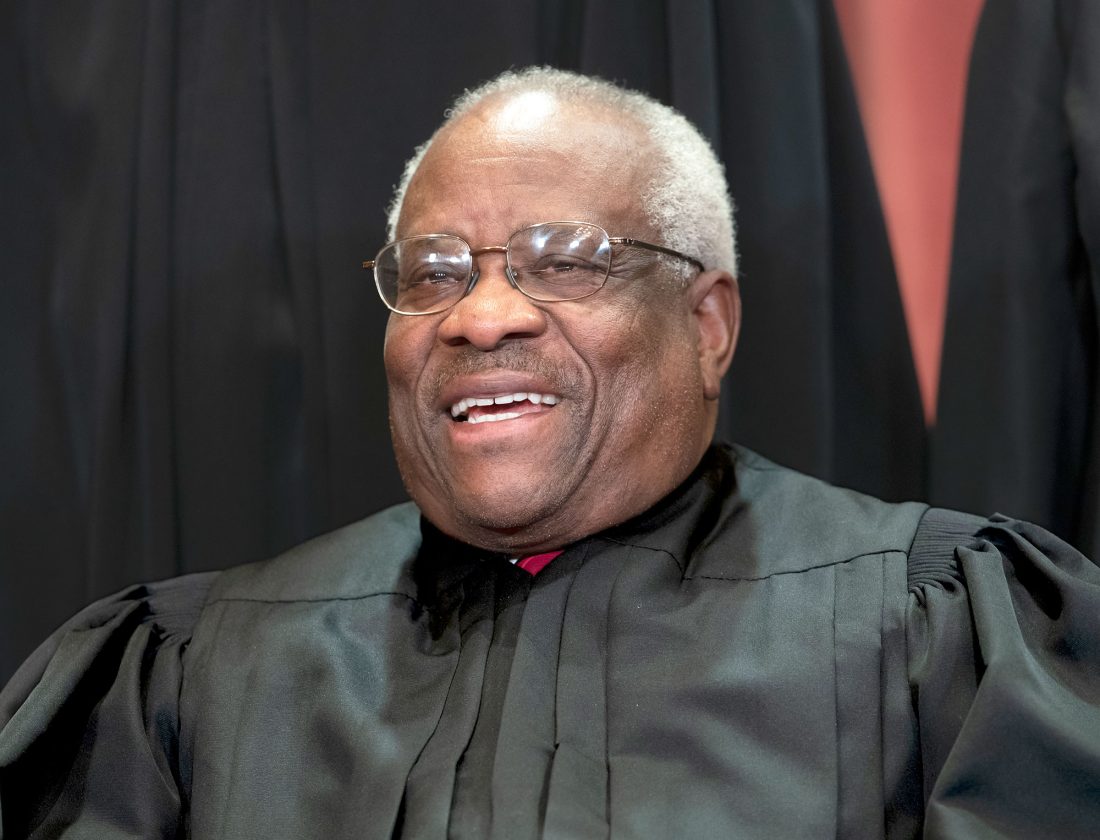 WASHINGTON (AP) — Clarence Thomas has been a Supreme Court justice for nearly three decades. It may finally be his moment.

Many Americans know Thomas largely from his bruising 1991 confirmation hearing, when he was accused of sexual harassment charges by former employee Anita Hill — charges he denied. People may know he’s a conservative and has gone years without speaking during arguments at the court. But scholars say it would be wise to pay closer attention to Thomas.

Thomas is now the longest-serving member of a court that has recently gotten more conservative, putting him in a unique and potentially powerful position, and he’s said he doesn’t plan on retiring anytime soon. With President Donald Trump’s nominees Neil Gorsuch and Brett Kavanaugh now on the court, conservatives are firmly in control as the justices take on divisive issues such as abortion, gun control and LGBT rights.

Thomas, for the first time, is on a court where there are at least four votes for some “pretty radical” decisions, said political science professor Corey Robin, the author of a Thomas book due out in September. Robin says the question will be whether the court’s more conservative justices — Thomas, Gorsuch, Kavanaugh and Samuel Alito — can get Chief Justice John Roberts, a more moderate conservative, to go along.

Thomas, 70, became the high court’s longest-serving justice, the “senior associate justice,” when Justice Anthony Kennedy retired last summer. But unlike Kennedy, who sat at the court’s ideological center and was most often the deciding vote when the court split 5-4, Thomas is consistently on the court’s far right.

More than 20 of the men and women Thomas mentored as law clerks have gone on to hold political appointments in the Trump administration or been nominated to judgeships by Trump .

Elizabeth Wydra, president of the liberal Constitutional Accountability Center, acknowledged that Thomas’ views may now have more sway, something she described as “terrifying to many progressives.”

Still, Thomas’ views can be so far from his fellow justices that neither Roberts nor Chief Justice William Rehnquist before him have assigned Thomas big, landmark opinions on the belief that he won’t be able to keep together the votes of his colleagues, said Ralph Rossum, the author of a book on Thomas. Instead, Thomas often writes separately, speaking only for himself. Some critics dismiss those solo opinions as uninfluential, but Rossum disagrees.

“He stakes out a position more forthrightly or vigorously than other justices are willing to go, but they’re kind of sucked along in his wake,” Rossum said, adding that, like a magnet, “Thomas drags the court in his direction. They may not go as far as he goes, but they go further than they would have otherwise.”

Some of the areas of law where, over time, Thomas has pulled the court closer to his positions include voting rights, campaign finance, and the Second Amendment, Robin and Rossum said.

If it were up to Thomas alone, the high court would be willing to make sweeping moves. While the court is typically cautious about overturning its past decisions, Thomas, who as an originalist believes in reading the Constitution as those who wrote it meant, feels less bound by precedent than other justices.

Just this term, Thomas called on the court to reconsider a landmark 1964 First Amendment case, describing it and later decisions extending it as “policy-driven decisions masquerading as constitutional law .” He also criticized a 1963 Supreme Court decision that guarantees a lawyer for anyone too poor to hire one. And he equated the court’s Roe v. Wade abortion decision with its Dred Scott decision, which said African Americans weren’t citizens, labeling both “notoriously incorrect.”

He also wrote an opinion rebuking his colleagues for declining to hear cases involving states’ efforts to strip Medicaid money from Planned Parenthood, a decision Thomas described as “abdicating our judicial duty.” Alito and Gorsuch agreed.

If Thomas’ writing can be attention-getting, he personally keeps a low profile. Thomas shies away from public speaking, describing himself as an introvert. He once explained : “My personality is not such that I enjoy public appearances.”

At the high court, Thomas rarely asks questions during arguments, a contrast with his vocal colleagues. When in March he asked a question during arguments for the first time in three years, it was headline news.

But colleagues and court staff know Thomas as gregarious.

“Clarence knows the name of every employee in the courthouse, from the lowest position to the highest … with virtually all of them he knows their families, their happinesses and their tragedies,” Justice Sonia Sotomayor told an audience in 2014 at Yale , where both she and Thomas attended law school.

Over the past year, speculation has intensified about whether Thomas might retire, letting Trump nominate a like-minded, conservative justice. But Thomas, who declined an Associated Press interview request, said in public comments recently that he’s not retiring, not even in 20 or 30 years.

If so, Thomas is on track to be the longest-serving justice in history in 2028, when he’ll celebrate his 80th birthday. He is currently the court’s third-oldest member, behind Justice Ruth Bader Ginsburg, 86, and Justice Stephen Breyer, 80.

Yale law professor Akhil Amar said part of the appeal of staying on the court for Thomas has to include his increasing influence. Amar said he could see Thomas justify staying this way: “It’s a pretty good job. I’m having fun, and I’m winning.”