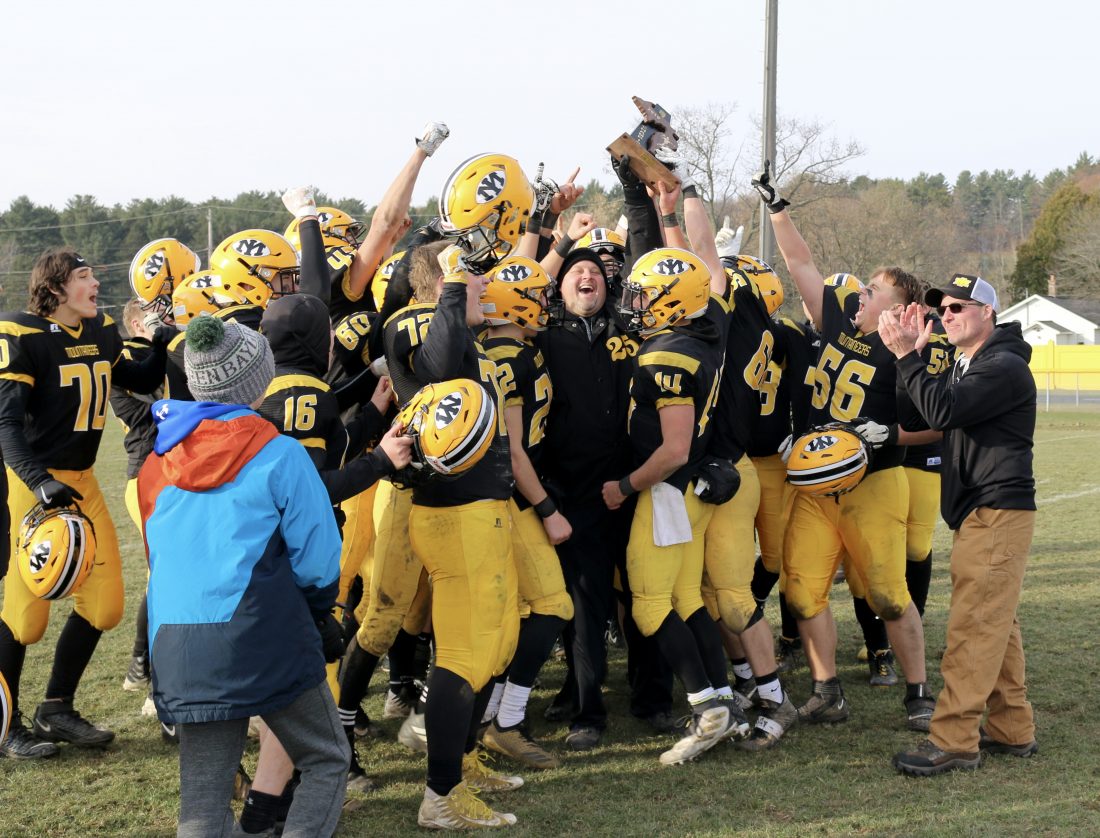 Anything that comes up against the opening of gun deer season in the Upper Peninsula likely is going to be overshadowed. While the ranks of hunters might be waning, Friday’s opening day still will have a fair number of Dickinson County residents out in deer stands and camps for much of the weekend.

But an event Saturday is well worth taking a break from the hunt to come into Iron Mountain.

Even if they win, it will be the last home game this season for this impressive, undefeated Iron Mountain team. While it’s unknown where they might play a semifinal game, it definitely won’t be at Mountaineer Stadium.

So this will offer one last chance to cheer this team on to what hopefully is a continued march toward a state championship. Iron Mountain hasn’t been in a state semifinal since 2011 and last won a state title in 2000.

Maintaining long-standing local loyalties are understandable during the regular football season. But as the playoffs advance and the contenders thin, any Upper Peninsula team still in the hunt warrants support from the area.

With its undefeated record, Iron Mountain was able to have its first two playoff games at home. The numbers in the stands have been OK, not great.

So, for this final prep football game in Dickinson County, let’s have a turnout worthy of the sterling play of the Mountaineers this season.

Barb: Pictures say a thousand words. I am very disappointed in the recent pictures in the paper of local interest ...

UP Blood Center says thanks for a successful drive

Bouquet: On behalf of the U.P. Regional Blood Center, I would like to thank Bryan Laurila at First Lutheran Church, ...

With temperatures expected to be above 90 degrees for most of Michigan this Fourth of July holiday weekend, the ...

Evidence that Gov. Gretchen Whitmer was warned early on that her COVID-19 nursing home policy would put residents ...

These are tough times to be in the education business at any level but especially K-12. The school year in ...

Think before using fireworks at home

With a number of local municipal fireworks shows canceled, sales of fireworks for home use have, for lack of a ...