Packers will need continued growth from the defense 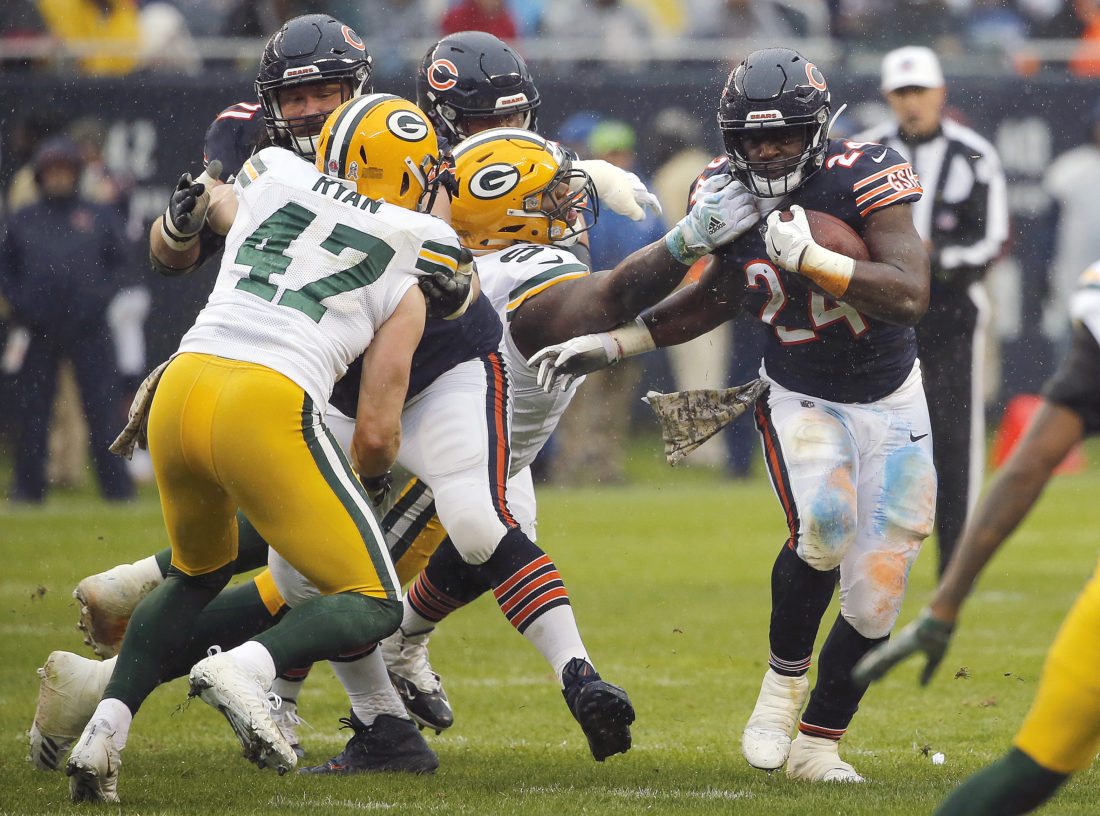 GREEN BAY, Wis. (AP) — Not only did the Green Bay Packers pick up their first win with Brett Hundley at quarterback by beating the Chicago Bears, they got a sorely needed boost from their defense.

“To continuously hear how much we’re not showing up, I think we stepped up today,” defensive tackle Mike Daniels said.

The defense set the tone from the start. Jordan Howard, who entered ranked fifth in the NFL with 662 rushing yards, was stopped for minus-1, minus-1 and minus-3 on his first three carries. He finished with 54 yards on 15 carries, with 39 yards coming on runs of 25 and 14 in the first half.

With Green Bay stopping Chicago’s rushing attack, it forced the Bears into third-and-long situations. That’s what the Packers did in last week’s defeat against Detroit. In that game, the Lions averaged 1.9 yards per carry but converted 8 of 13 third-down plays anyway. On Sunday, the Bears converted only 4 of 14 on third downs, including 0 of 4 in the second half.

“We went back to work. We spent a lot of time on third down this past week and I think it paid some dividends,” defensive coordinator Dom Capers said.

Capers tempered the success, though. The Packers were unable to stop New Orleans’ Drew Brees and Detroit’s Matthew Stafford, a pair of accomplished veteran passers. At Chicago, the opposing quarterback was rookie Mitchell Trubisky.

Coming up this week at Lambeau Field, it’s Baltimore’s Joe Flacco, who has struggled this season with eight touchdowns against 10 interceptions but has started a combined 162 regular-season and postseason games.

“You’re talking about two different quarterbacks. Stafford’s one of the very top quarterbacks in terms of ball placement and timing and all those types of things,” Capers said. “When you have a game like we had on third down against Detroit, you’re obviously going to emphasize it. You always believe you’re going to get what you emphasize. I was pleased that our guys did a much better job … it was big in the game. The second half, they didn’t have a conversion.”

The Packers will need continued growth from the defense. While Hundley delivered a pair of big-time fourth-quarter completions to Davante Adams in his finest performance, the running back depth chart is in tatters. Rookie Aaron Jones, the team’s leading rusher, sustained a knee injury on the opening series and will be out for several weeks, according to coach Mike McCarthy. Ty Montgomery, who entered the season as the starter and had a 37-yard touchdown vs. Chicago, reinjured the ribs that were broken against the Bears on Sept. 28. McCarthy said Montgomery has “a chance” to face Baltimore.

In their place on Sunday, rookie Jamaal Williams carried the ball 20 times for 67 yards. His long run went for only 7 yards but the coaches credited Williams with breaking seven tackles. It was a breakout game for the fourth-round pick, who entered the day with only 11 carries, including two in the previous four games.

BOSTON (AP) — The Boston Red Sox are still hoping to have a manager in place by spring training, but chief ...

MELBOURNE, Australia (AP) — Caroline Wozniacki's farewell tour at the Australian Open is over. The 2018 champion ...