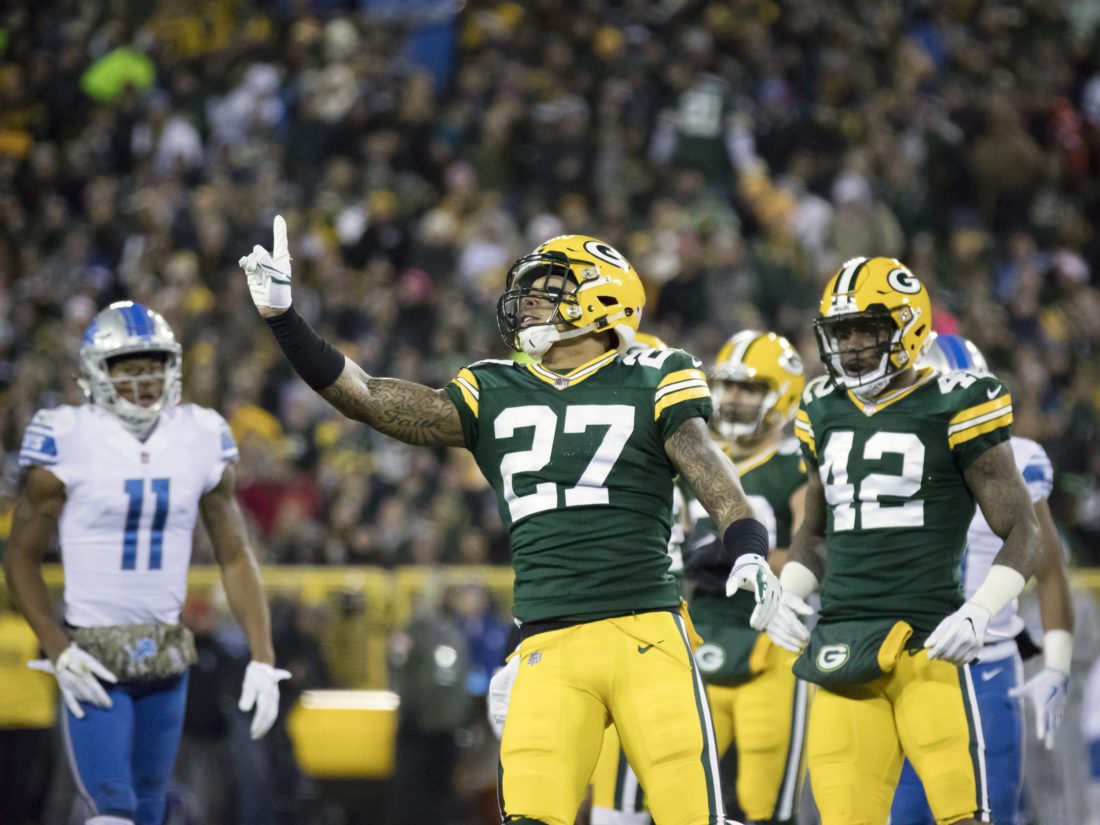 GREEN BAY, Wis. (AP) — Safety Josh Jones, who missed all of the voluntary organized team activities, appeared on the practice field with his teammates as the Green Bay Packers opened their mandatory minicamp. But Jones did not participate Tuesday.

LaFleur said he doesn’t anticipate Jones being able to practice the rest of the week.

Jones, who said after practice he felt fine and is looking forward to being able to practice, has expressed his displeasure with the amount of playing time he has been given and has voiced a desire to be traded.

Gutekunst and LaFleur said the organization has had several discussions with Jones and his agent, Drew Rosenhaus, about the matter.

“We’ve been in constant communication,” LaFleur said. “I think we’re on the same page in terms of what the expectations are and where he fits with us. We certainly want him a part of what we’re doing moving forward.”

Jones, a second-round pick of the Packers in 2017, was one of only three Green Bay rookies to play in all 16 games that season; running back Jamaal Williams and punter Justin Vogel also did. Jones saw action in 13 games in 2018, including five starts. He has one interception, three sacks and 114 total tackles in two seasons with the team.

“I think he’s a versatile guy,” LaFleur said of Jones. “He can fill a lot of roles, especially in (defensive coordinator Mike) Pettine’s defense where we’re going to play multiple defensive backs and put these guys all over the place.”

Two rookies who also will by vying for playing time in Pettine’s defense this season are safety Darnell Savage and cornerback Ka’Dar Hollman. The Packers drafted Savage with the 21st overall pick in April, while Hollman was taken in the sixth round.

Both rookies have drawn LaFleur’s attention, as Savage saw first-team reps alongside Adrian Amos and the starting defense during OTAs, and Hollman is leaving his mark on defense and special teams.

“I’m excited about those two guys,” LaFleur said. “Two guys that can fly around. Really the one thing that you can see with not only our receiving group but the secondary is those guys are competing with each other and they’re pushing each other to get better. There’s a lot of jawing going out back and forth, which I kind of like. It just kind of amps that level of competition a little bit more. Hopefully it will help our guys get a little bit better each and every day.”

Savage, who earned second-team All-Big Ten honors last season at Maryland, said he wants to be a sponge and soak up as much as he can from the veteran defensive backs.

“What I’m working on now is just gaining the trust of all the older guys,” he said. “I am a rookie, and at the end of the day, what round you were drafted in and all that stuff goes away once you get here. So I’m just trying to learn and have a good impact.”

Hollman, who walked on at Toledo and paid his way through school before earning a scholarship as a redshirt sophomore, said Green Bay defensive backs coach Jason Simmons has worked with him on improving his ball skills and his overall football IQ. But Hollman said nothing has compared to what he’s learned from lining up opposite two-time NFL MVP and Super Bowl champion Aaron Rodgers.

“Other places have good quarterbacks, but you know here, even playing good defense isn’t good enough,” Hollman said. “Here, you have to do more than play good defense. You have to make sure you’re perfect. He makes sure you have a perfect rep every day, every play. So that’s going to make me a better player in the long run.”

Green Bay had seven interceptions last season, which trailed only the 49ers’ two for fewest in the league.

“He’s in the process of finishing up his school at UCLA,” LaFleur said. “It’s unfortunate they’re on the quarter system and he couldn’t be here. His presence is felt when he’s here. He’s such a good, positive veteran player. He brings a lot to the table.”

It’s not known what Lewis’ major is, but the 14-year veteran is currently going through final exams and the spring quarter will end Friday.

Lewis re-signed with the Packers earlier this year. Lewis had three catches for 39 yards last season.