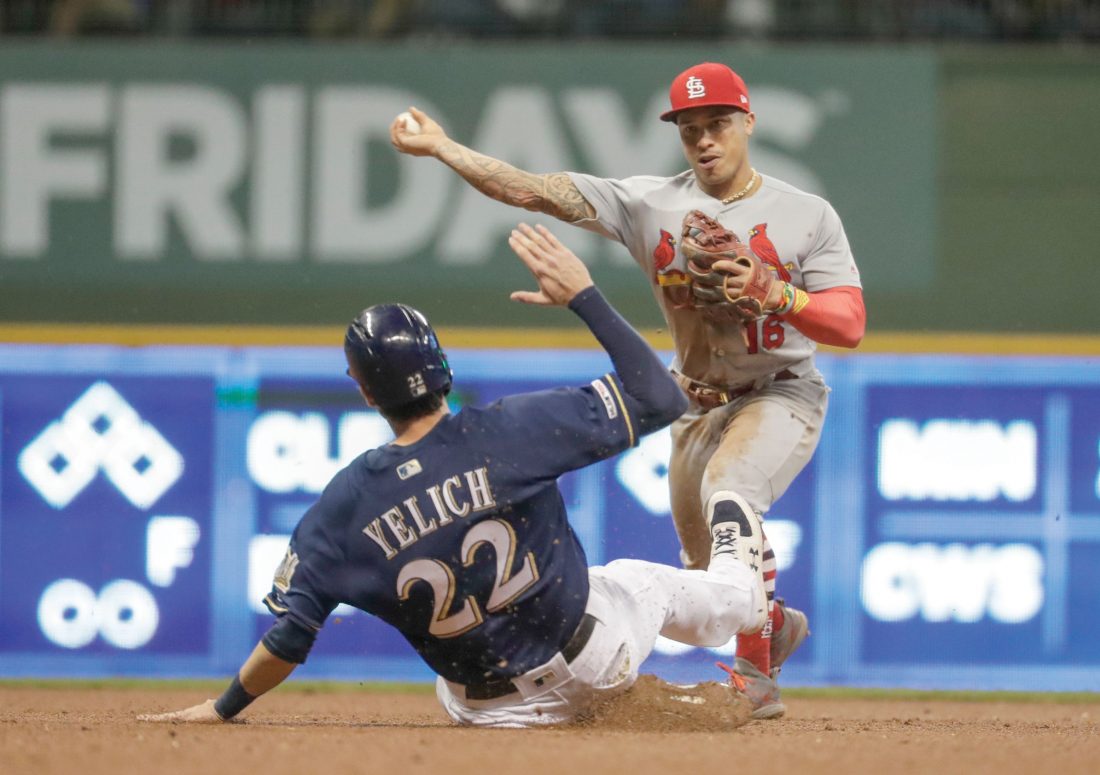 AP Photo Milwaukee’s Christian Yelich is out at second as St. Louis’Kolten Wong turns a double play on a ball hit by Keston Hiura during the eighth inning Tuesday.

MILWAUKEE (AP) — Not even the rain that fell inside Miller Park could stop Yadier Molina and the St. Louis Cardinals.

Molina has seven career multihomer games, four of them in Milwaukee.

“Everyone knows this is a good hitter’s park,” Molina said. “With the background, you see the ball pretty well here. I feel good hitting here.”

Play was halted briefly with the Cardinals batting with two outs in seventh inning as rain poured through the open roof and fans rushed to the covered concourses. The delay lasted about nine minutes as the retractable roof closed.

Creedence Clearwater Revival’s “Who’ll Stop the Rain” blared from the speaker system as stadium operators scrambled to close the roof.

“I think I won’t see this again. A rain delay in Miller Park, with a roof,” Milwaukee’s Hernan Perez said.

There has been at least one other rain delay in the history of the ballpark, which opened in 2001. The Brewers and Philadelphia Phillies waited through a seven-minute delay in the first inning of a game in August 2012 when it began pouring with the roof open.

St. Louis right fielder Dexter Fowler preserved the win by jumping at the wall to catch a drive by Perez with two on for the final out.

“I hit it good. I think the ball was going for a homer,” Perez said.