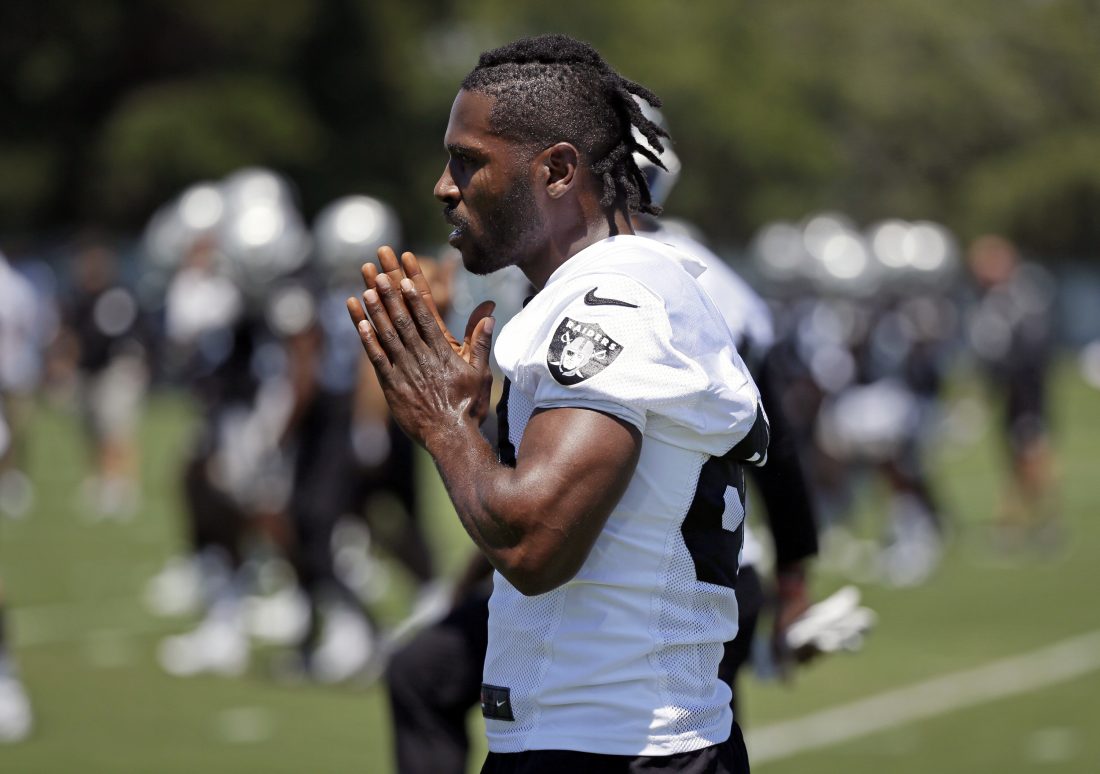 ALAMEDA, Calif. (AP) — Oakland Raiders receiver Antonio Brown lost his grievance with the NFL on Monday over his use of an old helmet that is no longer certified as safe to use for practice or play.

The arbitrator issued the ruling after holding a hearing last Friday with Brown, representatives from the league and the players’ union.

“While I disagree with the arbitrator’s decision, I’m working on getting back to full health and looking forward to rejoining my teammates on the field,” Brown said in a statement on Twitter . “I’m excited about this season appreciate all the concerns about my feet.”

Brown has not participated in a full practice for the Raiders after starting training camp on the non-football injury list with injuries to his feet that reportedly came from frostbite suffered while getting cryotherapy treatment in France. Brown was cleared to practice on July 28 and participated in part of two sessions but wasn’t around the team last week when he had the grievance hearing with the NFL over his helmet.

NFL spokesman Brian McCarthy earlier in the day reiterated the league’s stance that Brown wouldn’t be allowed to practice or play without a certified helmet.

“The player can’t practice or play in games with equipment that’s not approved,” McCarthy wrote. “If he doesn’t play or practice he is in breach of his contract and doesn’t get paid. NFL policy is that helmets have to be certified by NOSCAE. They don’t certify equipment that’s (older) than 10 years.”

Schutt discontinued making the helmet three years ago because current technology had moved past it, according to the company.

Brown was one of 32 players using helmets last season that are now banned by the league and players’ association. Those players, including Tom Brady, were able to use the helmets last season under a grace period but were required to make the change in 2019.

The Raiders didn’t practice Monday but are hoping to get Brown back on the field soon.

“The helmet thing is a personal matter to him,” coach Jon Gruden said Saturday. “He has a strong feeling about what he’s worn on his head, and we’re supporting him. We understand the league’s position as well, so we’re in a tough spot.”

Brown has been the game’s most prolific receiver the past six years but the Raiders were able to acquire him from Pittsburgh for just a third- and fifth-round pick in March because of problems off the field.