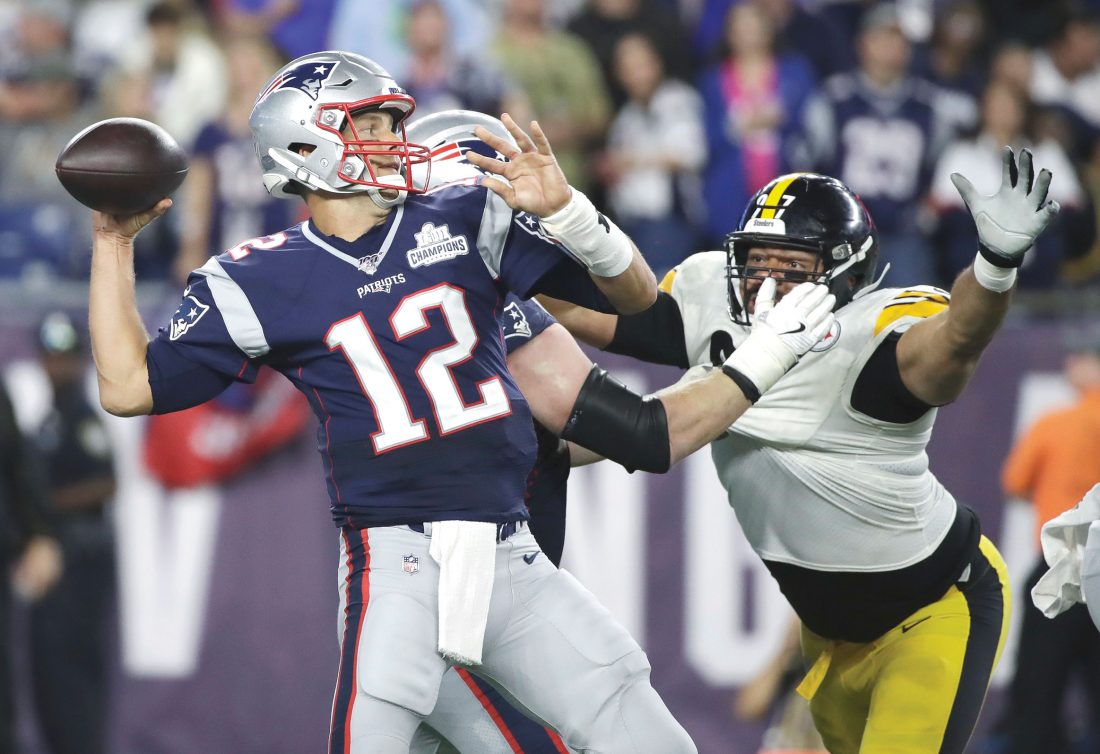 Mahomes took a beating and even had to leave the game to get his left ankle taped in the second quarter. He nonetheless looked every bit as good as he did during last year’s MVP campaign, leading the Chiefs to scores on each of their first seven possessions.

Sammy Watkins caught nine passes for a career-high 198 yards and three TDs. Watkins slipped through the middle of Jacksonville’s defense for a 68-yard score on the third play of the season and added a 49-yard TD reception late in the opening quarter.

Mahomes picked apart what some believed is an elite defense, throwing for 313 yards in the first half and doing most of it without Hill. The three-time Pro Bowler departed after landing on his left shoulder near the sideline.

But considerably more concerning for the Jaguars, they lost Foles in the opening quarter, and rookie linebacker Quincy Williams (knee) in the second half.

Chris Jones hit Foles as he released a 35-yard TD pass to DJ Chark. Jones landed on top of Foles, but did not draw a flag. Foles looked to be in pain as he walked to the sideline to be evaluated.

CHARLOTTE, N.C. (AP) — Malcolm Brown ran for a pair of scores and Jared Goff threw for 186 yards and a touchdown. Todd Gurley started and ran for 97 yards on 14 carries after being limited to 8 yards rushing on five carries in the first half.

PHILADELPHIA (AP) — Carson Wentz threw a pair of deep touchdown passes to DeSean Jackson, and the Eagles overcame a 17-point deficit. Wentz was 28 of 39 for 313 yards and three TDs in his first game since Week 14 after not taking a snap in the preseason.

MINNEAPOLIS (AP) — Anthony Harris highlighted a thorough thrashing by Minnesota’s defense with two interceptions of Matt Ryan and a fumble recovery. Dalvin Cook carried a revived running attack, while Eric Wilson recovered his own blocked punt at the Atlanta 21-yard line on the first possession of the game, and the Vikings were well on their way to winning a fourth straight opener. Kirk Cousins went 8 for 10 for 98 yards, all career lows for games he started, but there was no need for more.

CARSON, Calif. (AP) — Austin Ekeler scored three touchdowns, including the winner on a 7-yard run with 5:01 remaining in overtime. Philip Rivers, who made his 209th consecutive start to pass Peyton Manning for third-longest among NFL QBs, completed 25 of 34 passes for 333 yards.

SEATTLE (AP) — Russell Wilson hit Tyler Lockett for a 44-yard touchdown on the first play of the fourth quarter, and the Seahawks withstood a career day from Andy Dalton.