It’s all on the line for Rays, Astros 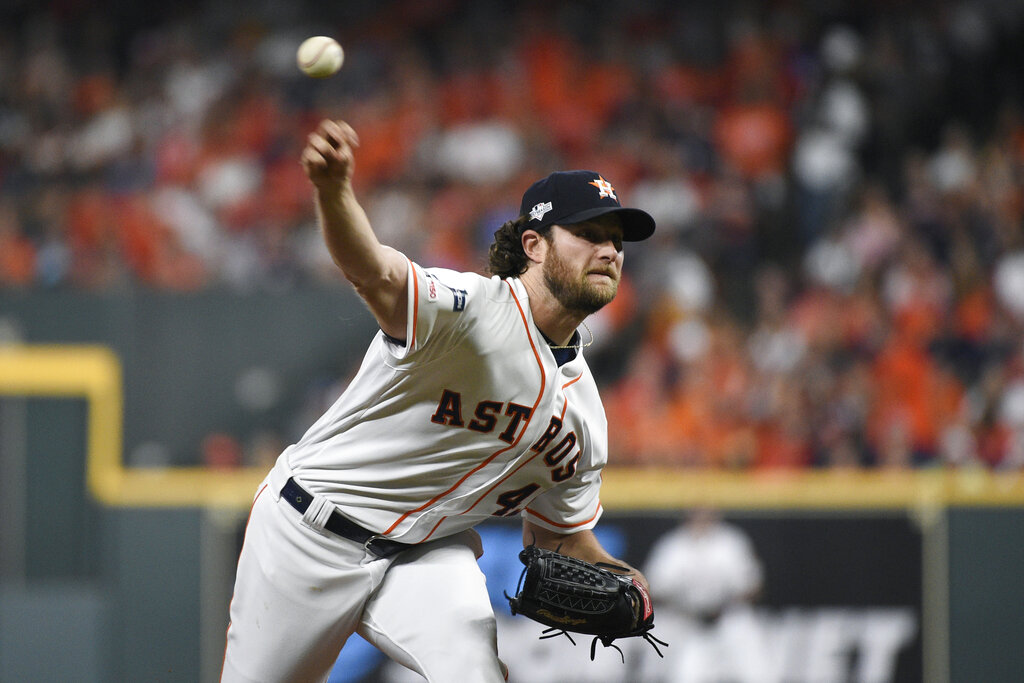 AP Photo/Eric Christian Smith Houston Astros starting pitcher Gerrit Cole delivers to a Tampa Bay Rays batter during the first inning during Game 2 of a baseball American League Division Series in Houston. The Astros and their heavyweight rotation have only one chance left to knock out the pesky Rays. It's up to Gerrit Cole in Game 5 on Oct. 10.

Tyler Glasnow starts for the Rays after taking a 6-2 loss in the opener, when he gave up two runs and four hits in 4 1/3 innings, including Jose Altuve’s go-ahead, two-run homer in the fifth.

Both starters came up with the Pirates organization and were teammates in Pittsburgh from 2016-17.

The Yankees could be getting back a pair of injured players for the ALCS.

CC Sabathia threw a bullpen Wednesday and manager Aaron Boone said the 39-year-old left-hander is feeling “considerably better.” Sabathia was replaced by left-hander Tyler Lyons on the Division Series roster, and Lyons pitched a perfect inning in the second game of the three-game sweep against Minnesota.

Center fielder Aaron Hicks, who last played on Aug. 3, has recovered from a right elbow flexor strain and returned to New York from the team’s complex in Tampa, Florida.

Rosters are due at 10 a.m. local time the day of the opener.