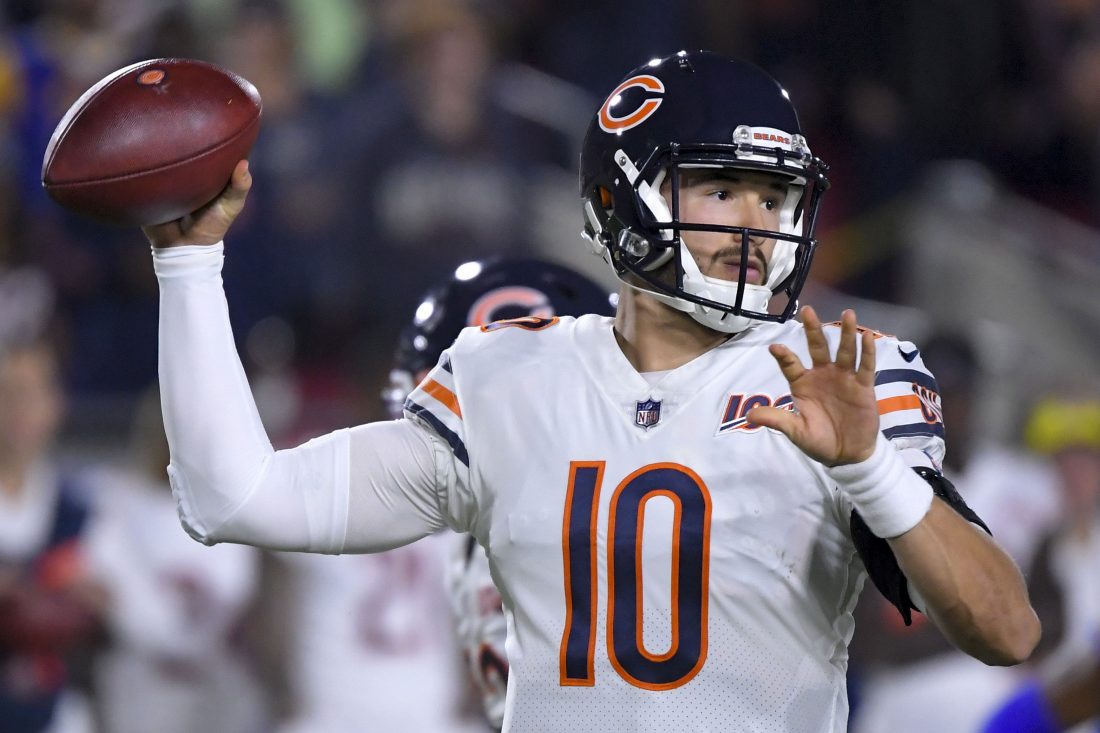 LAKE FOREST, Ill. (AP) — Chicago Bears quarterback Mitchell Trubisky said his right hip is improving and he expects to play Sunday against the New York Giants if it continues to get better.

The odds look good for him considering he was a full participant in practice Wednesday, after suffering a hip pointer three days earlier in the loss at the Los Angeles Rams on a sack near the end of the second quarter.

Trubisky got treatment at halftime after taking a knee from the Rams’ Michael Brockers as Troy Hill sacked him. He played most of the second half, but his hip tightened along the way.

On Tuesday, Miami cut leading rusher Mark Walton hours after he was arrested on charges of punching his pregnant girlfriend in the head. It was Walton’s fourth arrest in less than a year.