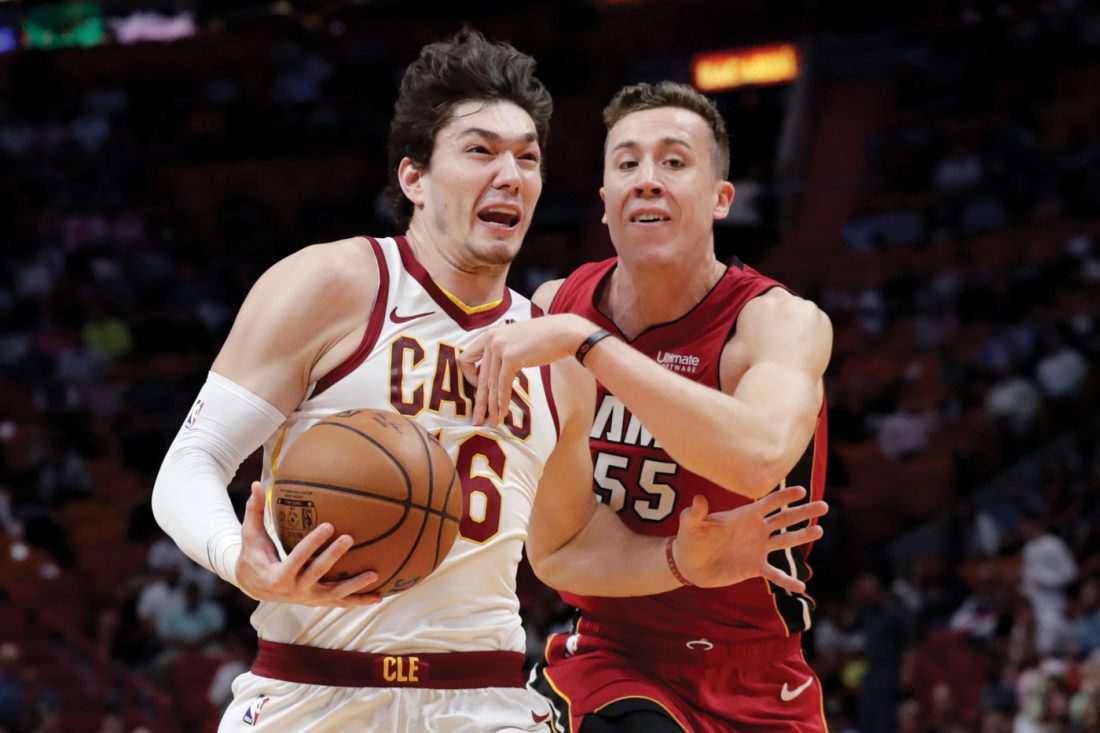 AP Photo Cleveland’s Cedi Osman drives to the basket as Miami’s Duncan Robinson defends during the first half Wednesday.

None of those were at his expense.

Robinson put on a show for his college coach — and got himself into the Miami record book as well. He set team marks with seven 3-pointers in the second quarter, eight in the first half and finished with a career-high 29 points as the Heat rolled past Beilein and the Cleveland Cavaliers 124-100 on Wednesday night.

“That young man the last two years has developed with the Miami culture,” said Beilein, the first-year Cavaliers coach who had Robinson for three seasons at Michigan. “He’s developed his game into a whole different level. … Part of it you hate, but it’s also part of your blood.”

Robinson was 9 for 15 from the field, all of them coming from 3-point range.

His early flurry helped Miami tie a franchise mark with 75 first-half points. The lead was 27 at the break and the Heat stayed in control the rest of the way. Kevin Love’s jumper with 9:07 left got Cleveland to 102-86 and capped a 13-3 run, but the Cavs didn’t get any closer.

“It’s not lost on me that Coach B has done so much for my career,” Robinson said. “So it’s pretty cool to have us competing on a stage like this.”

Tyler Herro scored 22 points for Miami, which had no problem on a night when Jimmy Butler missed 12 of his first 13 shots and finished with 21 points anyway.