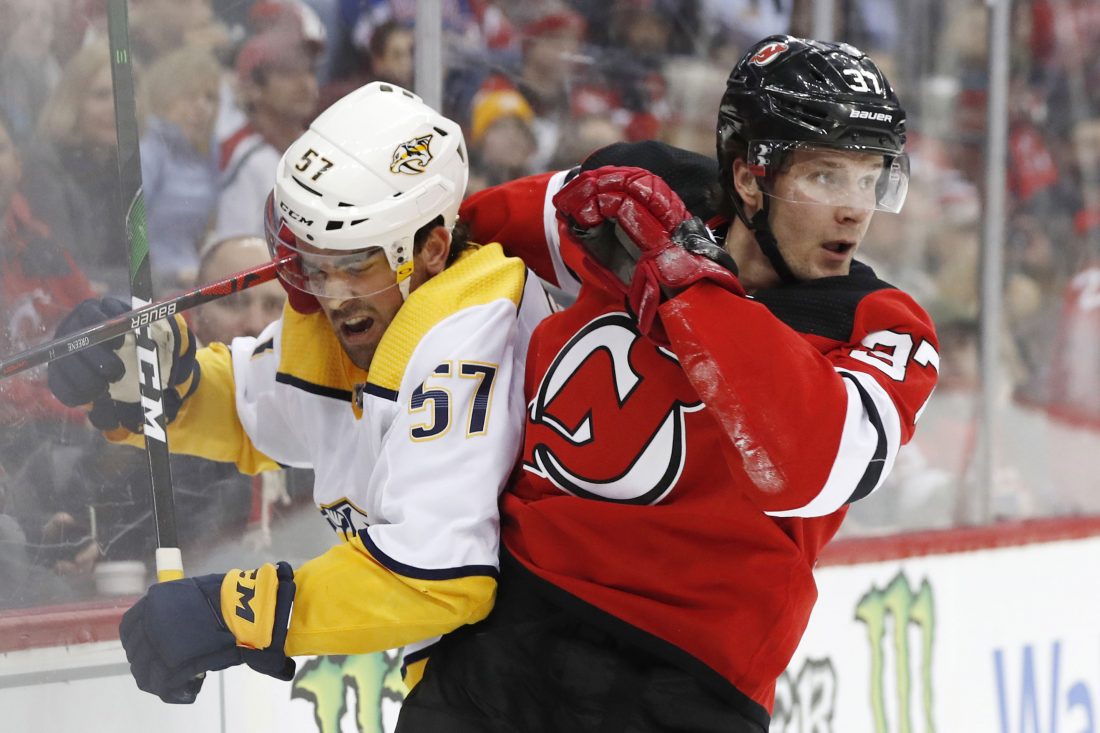 NEWARK, N.J. (AP) — Filip Forgsberg and Matt Duchene scored in a shootout, and the Nashville Predators gave coach John Hynes a win against his former team with a wild 6-5 victory over the New Jersey Devils on Thursday night. Forsberg scored two goals in regulation and Pekka Rinne made saves on Jack Hughes and Kyle Palmieri on the Devils’ final two shootout attempts as the Predators won their second game in two nights. Mattias Ekholm, Nick Bonino and Duchene also scored for the Predators. Rinne had 27 saves for Nashville, which is 7-0-3 in its last 10 games against New Jersey.

BUFFALO, N.Y. (AP) — Ilya Kovalchuk and Brendan Gallagher scored in a span of 2:16 early in the second.