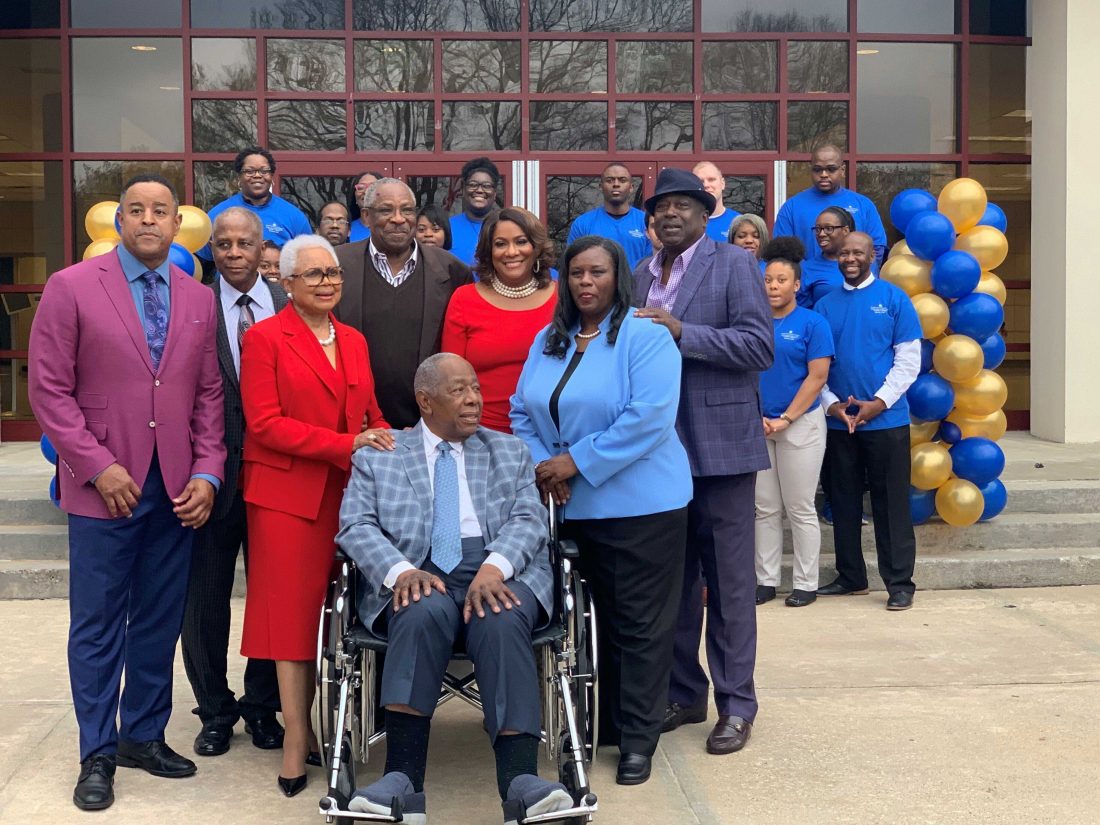 Former Atlanta Braves slugger Hank Aaron, center, is surrounded by family and friends as Atlanta Technical College celebrates his 86th birthday, Wednesday. Atlanta Technical College renamed an academic complex for the former Atlanta Braves slugger, christening it the Henry Louis “Hank” Aaron Academic Complex. Aaron, a longtime supporter of the college, donates thousands of dollars to the school every year and his Chasing the Dream Foundation awards scholarships to several students. Known as the “Home Run King,” Aaron had 755 home runs over a career that spanned from 1954 to 1976 and was inducted into the Baseball Hall of Fame in 1982. Now, he serves many roles with the Braves, where he spent most of his playing career.