Astros Verlander expected to miss opening day due to back injury 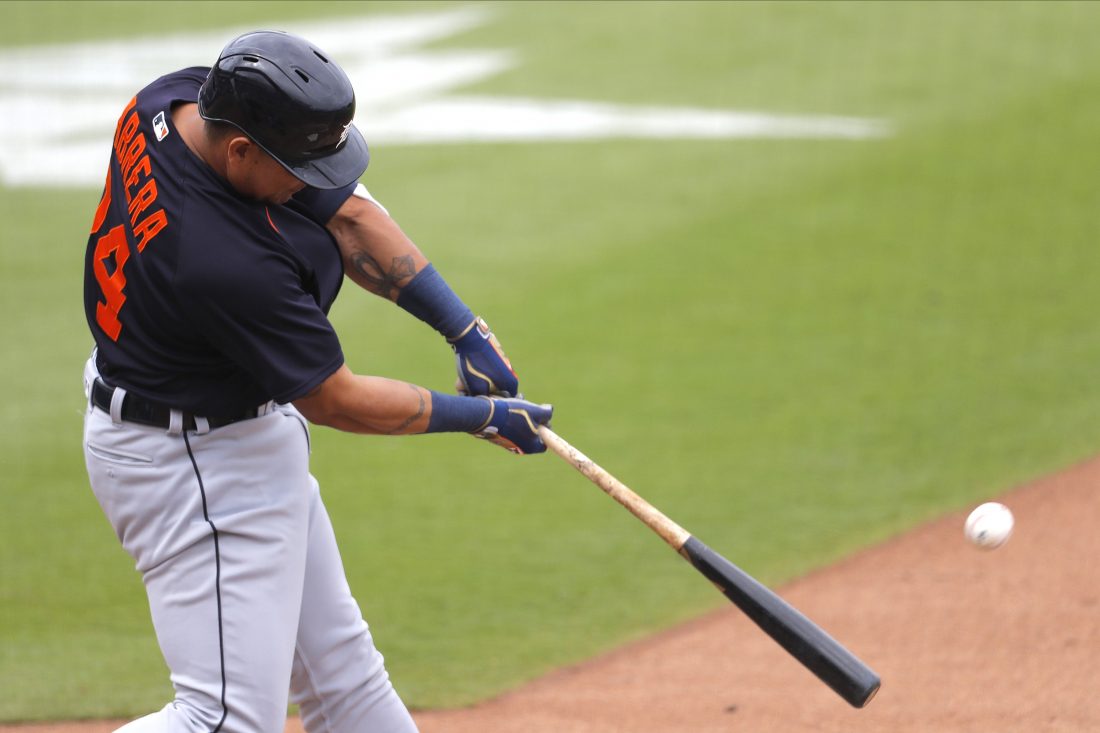 AP Photo Detroit’S Miguel Cabrera swings at a pitch from the Houston Astros during the fifth inning of a spring training game Monday in West Palm Beach, Fla.

WEST PALM BEACH, Fla. (AP) — Houston Astros ace Justin Verlander is expected to miss opening day after he strained a back muscle during a spring training start against the New York Mets.

Verlander said it would “probably take a miracle” for him to pitch in the Astros’ opener against the Los Angeles Angels on March 26. But he quickly added: “I don’t want to leave miracles off the table.”

The reigning AL Cy Young Award winner was hurt on his second-to-last pitch in Sunday’s exhibition game against the Mets. He had an MRI on Monday and was diagnosed with a strained latissimus dorsi muscle. There is no timetable for his return.

“Talking with doctors and looking at the scans, it’s definitely not worst-case scenario,” Verlander said, “Best-case scenario would be nothing. It’s just probably somewhere in the middle of that.”

The 37-year-old right-hander’s velocity was down from his previous start, and he was removed after two scoreless innings of what had been scheduled as a four-inning outing.

“Hardly noticed it to be honest,” Verlander said of the injury-inducing pitch. “It didn’t quite feel right, just felt maybe I was a little off mechanically or something — kind of one of those spring things. Then in between innings it started to tighten up a bit.”

Zack Greinke likely will be the only one of Houston’s top three starters last season to open this year on the active roster. He allowed one run in four innings against Detroit on Monday.

No. 2 starter Gerrit Cole left as a free agent and signed with the New York Yankees. This year’s projected No. 3 starter, Lance McCullers Jr., is recovering from Tommy John surgery in November 2018.

Elsewhere around the Grapefruit and Cactus leagues:

Tarik Skubal, a lefty prospect for Detroit, permitted one run and four hits in 2 2/3 innings.

Lorenzo Cain hit his first spring homer for Milwaukee, and Corbin Burnes struck out six in four innings. Luis Castro hit a game-ending drive off Taylor Williams with two out in the ninth.