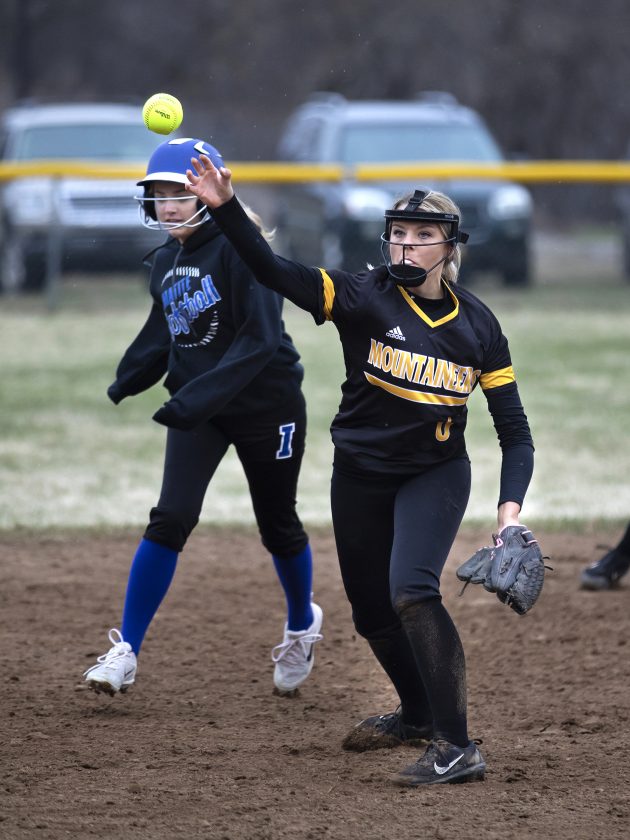 Mackenzie Swanson collected five RBIs for the Mountaineers with two singles and a double. Saylor Swartout and Emma Thomann homered. Thomann also had a triple.

The Mountaineers led 12-3 in the top of the fourth inning.

Ishpeming rallied with a 10-run sixth that came on seven hits and four walks.

Iron Mountain held on for the win despite making seven errors in the field.

Claire Mongrain and Hannah Proudfit pitched for Iron Mountain. They gave up a combined 17 runs (11 earned) on 14 hits with eight strikeouts and six walks. Mongrain had seven strikeouts.

Hailey Hytineau pitched for the Hematites and gave up 22 runs (19 earned) on 20 hits with nine walks and five strikeouts.

In the second game, Ishpeming took control with a three-run third and added four more runs in the fourth.

Iron Mountain made a push, scoring three in the fourth and two in the fifth before the game was called due to rain.

Mattila had four more RBIs for the Hematites with a single and double.Madeline McNab had two RBIs.

Mongrain, Ella Fortner and Paige LaPoint had an RBI each for Iron Mountain.

Proudfit pitched for the Mountaineers and gave up 10 runs (nine earned) on 10 hits with five walks and three strikeouts.