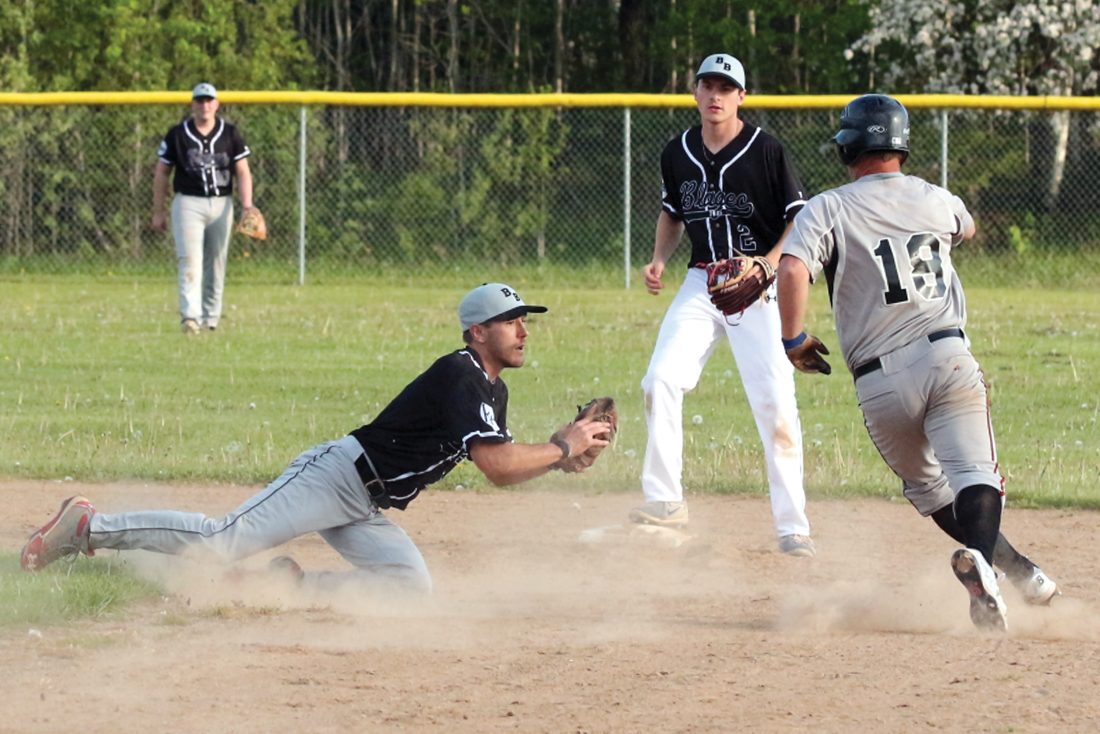 The Railroaders (1-0) fell into a deficit as Blagec Heating scored six runs in the third for an 8-5 lead. Blagec Heating’s Ben Snyder capped the inning with a three-run home run. The other runs came on passed balls.

Channing scored two runs in the fourth to make it an 8-7 game before tying it in the sixth.

Adam Niemi’s RBI single scored Tyler Miller in the top of the seventh and gave Channing the lead. Lane Holsworth followed with a double that scored Conor Berndt.

Blagec Heating made one last stand, putting runners on first and second with two outs. Miller, who took the mound in the third for the Railroaders, escaped the jam with a strikeout.

Kyle Sexton started on the mound for Channing. Holsworth also threw for the Railroaders. They, along with Miller, gave up eight runs on five hits with seven walks and seven strikeouts.

Ethan Blagec started on the mound for Blagec Heating. Ben Snyder, Nate Krueger and John Edwardsen also pitched. They gave up a combined 10 runs on eight hits with five walks and seven strikeouts.

Ken Pekarek had three hits for Channing. Holsworth had two. Luke Holsworth and Berndt also had hits for the Railroaders.

Channing hosts the Marquette County Mavericks at 6 p.m. CDT Monday in a rematch of the league’s championship matchup in the last two seasons, while Blagec Heating visits the Negaunee Blasters.