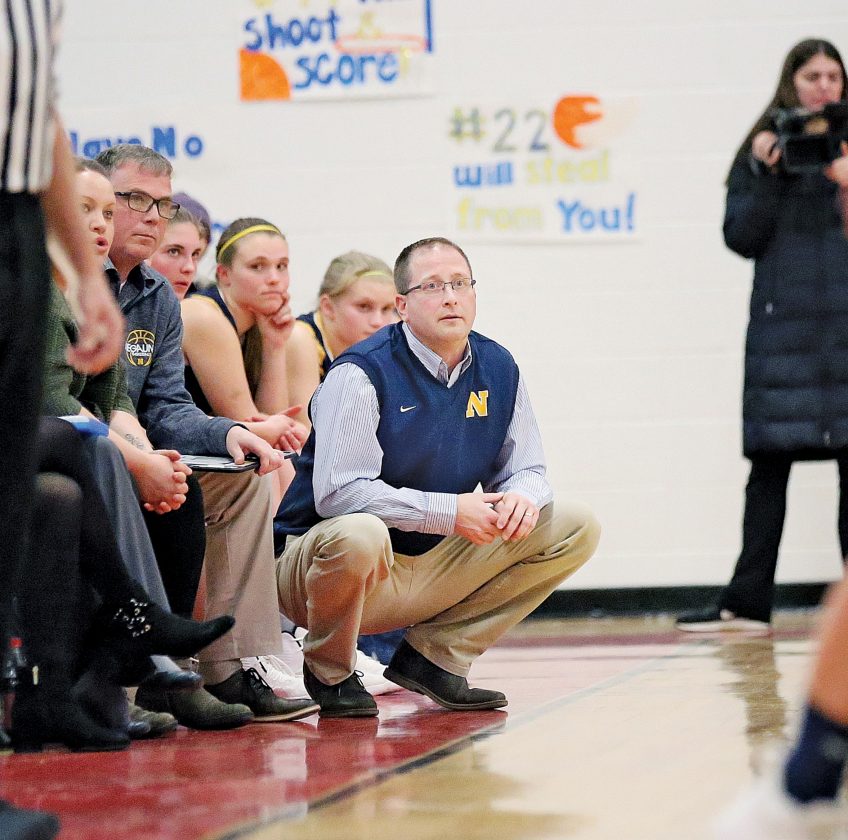 MARQUETTE — Over the last few years, Negaunee High School head girls basketball coach Brandon Sager has wondered what it’s like to coach at the NCAA Division II collegiate level and now, he’ll get the chance to find out.

After several successful seasons coaching the Miners, he will join the staff as an assistant coach with head women’s coach Troy Mattson at Northern Michigan University.

“I’ve always kind of been curious and had aspirations about the next level,” Sager said in a phone interview Tuesday. “I’ve talked regularly with Coach Mattson throughout my whole coaching career. He reached out a few weeks ago and asked if I would be interested in working with him and his staff.

“After talking with family and everybody, I just thought it would be a great opportunity to kind of transition and take a peek at what there is to know about the game at that level. Mostly behind the scenes, but be involved in the whole process and go from there.”

Sager said he wasn’t sure what his specific job title will be with the Wildcats.

“I’m an assistant coach, but it’s not a full-time job,” he said. “I still have my regular job here at the university (as assistant director of facilities). I’ll be involved in everything.”

“I’m probably not going to travel on conference road trips, but practice planning, recruiting, budgeting, everything involved with the process that I need to learn. So I think assistant coach I guess would be the title, but I’m not positive.”

Sager said that he enjoyed his time at Negaunee and said he’ll look back on it in a positive light. When asked if he had a favorite memory from his time with the Miners, also said that he didn’t have a particular one and just enjoyed being a coach.

“It was a great experience,” Sager said. “I have nothing negative at all (to say) of that entire experience. It was completely positive with parents and great kids that played for me and that I got to develop relationships with.

“Our administration backed us 110 percent. It’s a great place. I’ve always said it’s the only place that I could ever imagine coaching at at the high school level just because of what they provide, overall, the whole overall experience for students and staff.

“I have no regrets and it was a great experience. Truthfully, I wasn’t really planning on leaving until this opportunity came up and I really didn’t want to look back and regret not taking a look at it.”

Now, though, Sager is focusing on his new basketball job, especially with the season just a couple months away. That doesn’t mean he’s going to stay away from Negaunee basketball, though, as he’ll continue to watch his former players and his children.

“I think it’s going to be a great transition,” he said. “I think I’m ready for the change and it’s also going to allow me more flexibility to be able to catch both of my boys’ games a lot more. I don’t think there’s any conflicts with that, so I think there will be more time to follow their careers as well.”