UP Hardball Classic on tap this weekend

(Adam Niemi photo) Fox Cities pitcher Luke Watson was clocked at 90 mph in leading his team to a 3-2 championship win over Langsford at the 2018 U.P. Hardball Classic in Iron Mountain.

Mark “The Bird” Fidrych grooms the mound at the 1983 Upper Peninsula Hardball Championship in Felch. 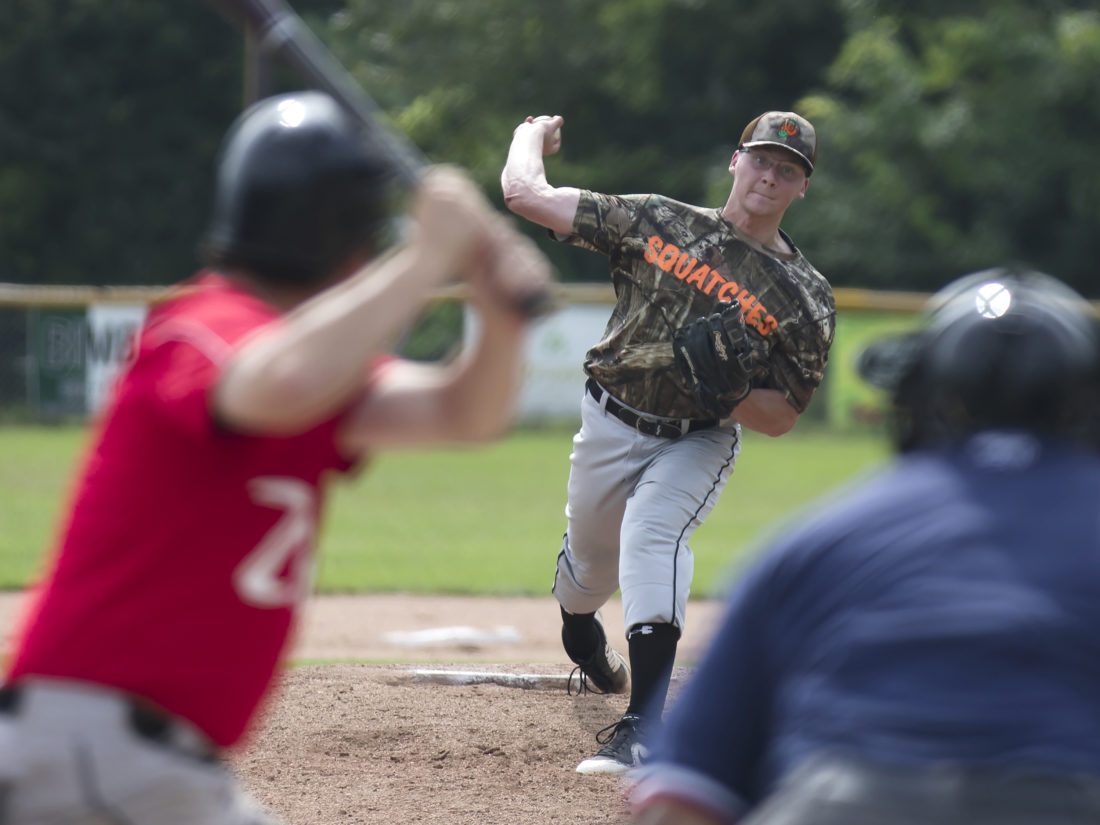 (Adam Niemi photo) Fox Cities pitcher Luke Watson was clocked at 90 mph in leading his team to a 3-2 championship win over Langsford at the 2018 U.P. Hardball Classic in Iron Mountain.

IRON MOUNTAIN — As many as eight teams, including defending champion Fox Cities, will compete at this weekend’s U.P. Hardball Classic at LiUNA-Ranger Field in Iron Mountain.

In 2018, Iron Mountain native Jacob Husing scored the winning run for Fox Cities in its 3-2 championship win over Langsdorf. Fox Cities has won seven of the past eight titles.

Langsdorf, which won in 2016, also returns. Several other Michigan and Wisconsin teams round out the field, including an Iron Mountain squad.

There will be three days of games starting Saturday, with the Labor Day championship tentatively set for 2 p.m. 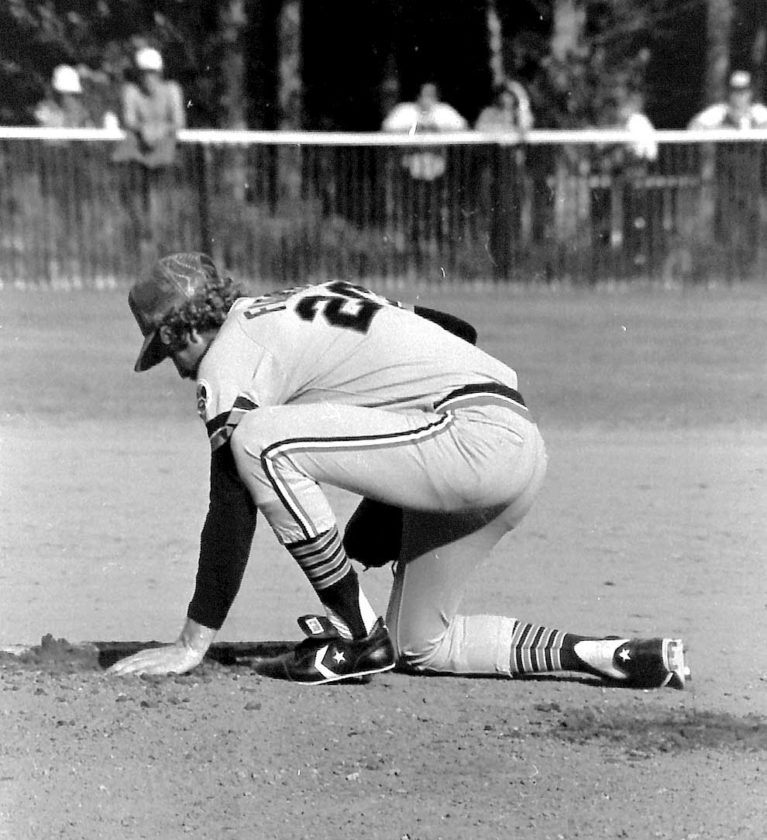 Mark “The Bird” Fidrych grooms the mound at the 1983 Upper Peninsula Hardball Championship in Felch.

“They plan on this all summer long,” said tournament patriarch Dewey Solberg. “It’s gotten to be a big event for the participants.”

The wood bat tourney began in Felch in 1972 as a fundraiser for the Rangers baseball team.

It was dominated by Channing in its early years but took a turn in 1981 when retired Detroit Tigers star John Hiller took the mound for Felch. Hiller’s appearance led the hosts to the title and was “a big thrill,” Solberg recalled.

It got crazier two years later when Hiller persuaded Tigers legend Mark “The Bird” Fidrych to join the Felch roster. “People were calling from Detroit,” Solberg said. “They were asking ‘Do you have a Holiday Inn in Felch?'”

Felch and Ionia shared the 1983 title when rain washed out the championship. But both Hiller, now a longtime Dickinson County resident, and the late Fidrych pitched victories.

This marks the second year of the storied tournament’s move to Iron Mountain.

“We’re looking forward to seeing our friends and also making new ones,” said Dek Forstrom, a key volunteer along with Paul Julian.

“Really the (LiUNA) union has been big in a lot of respects in improving the field,” Forstrom added. New dugouts, bleachers, fence line, tables and benches are among the additions.

Labor Day weekend baseball is also expected to return to Felch this year after a one-year hiatus.