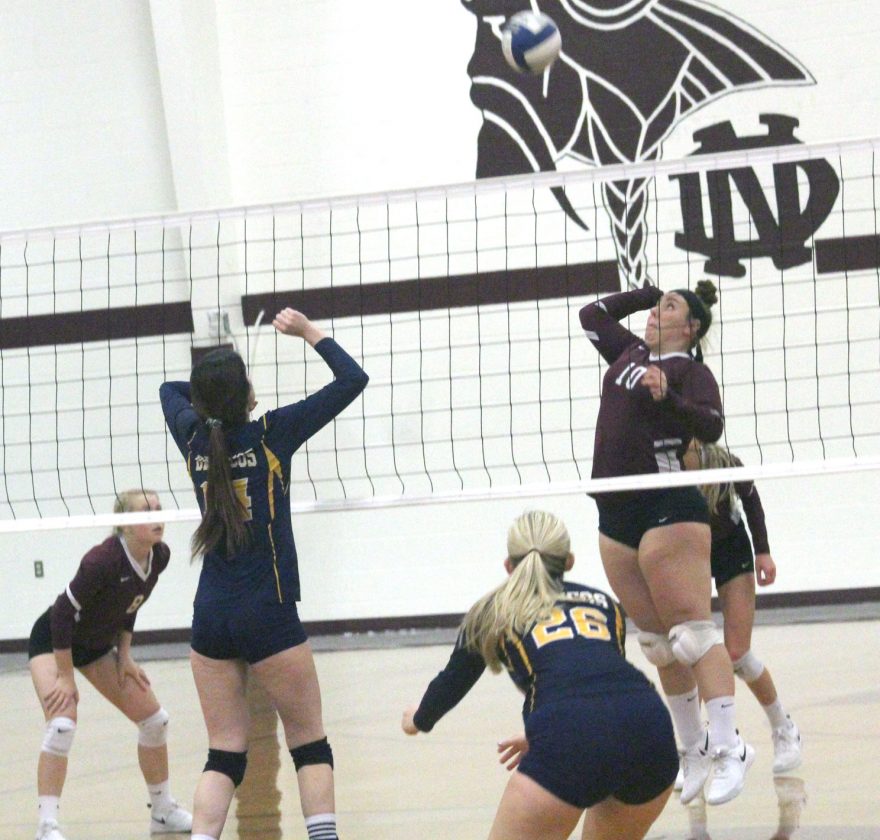 “We were off and on with our consistency tonight, but it got better as the night went on,” she said. “During the rallies, we did a great job of covering the net, and then getting back as quickly as I’d hope they could.”

Masyn Alexa and Skye Ledzian were the front row standouts for the Nordics, while Ashton Hord and Briana Smith were each quite impressive with their serving.

For the Broncos in set No. 2, Cara Zawacki’s serving during a five-point run, brought BR-H within three points of the Nordics at 10-7. But just like all three sets on the night, the Nordics were just too much for the young Broncos, who only have two seniors on their roster.

“We knew that ND was a strong team and we knew we were going to be outsized by them,” Broncos head coach Jennifer Ives said. “They came out and laid down a lot of tips, which we weren’t ready for. We tried to adjust to it the best we could. Typically, we are much better than we were tonight on serve receive, but I felt we did play OK at the net.”

The Broncos travel to Menominee Thursday night for a non-conference match, while the Nordics travel to Skyline foe Mid Peninsula.