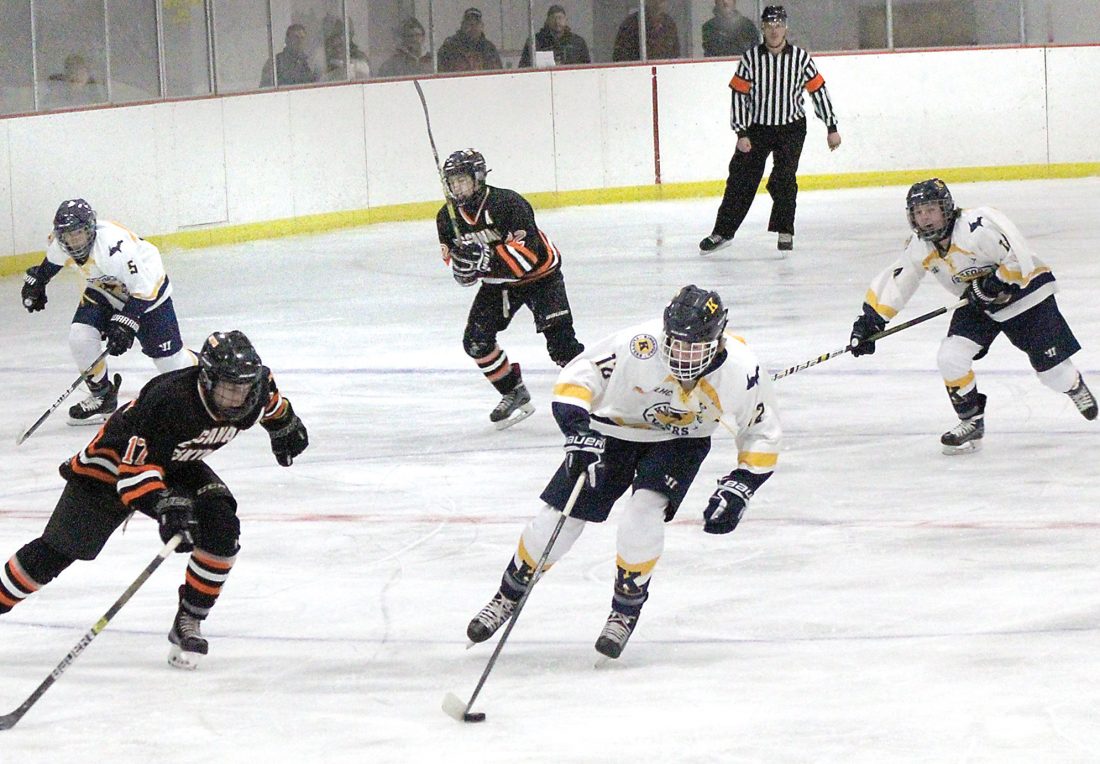 IRON MOUNTAIN — Two first-period goals ended up being too much to overcome for host Kingsford Flivvers on Thursday night.

The Escanaba Eskymos went on to defeat the Flivvers 4-1 in a Great Lakes Hockey Conference opener at Mountain View Ice Arena.

“Not knowing what we had going into the season, coming out with a win is a positive thing,” said Escanaba assistant coach Pat Labre, who had the head coaching duties with head coach Matt Hughes out of town on a family vacation. “We made a lot of mistakes, but we’re going to work on them. Our positioning and passing needs work, plus for the younger players, tonight was a wake-up for them to see how fast the game is at this level.”

Only 4:11 into the game, Ethan Silverstone got the Eskymos on the scoreboard with a shot to the left side of the net to take a 1-0 lead. A good portion of the next 10 minutes of play the puck stayed in the Flivvers zone, keeping Escanaba goalie Trevor Denome on his toes with Kingsford getting several shots on goal.

Still in the first period, the Eskymos added another goal. Kyle Krutina’s first of two on the night extended the lead to 2-0. 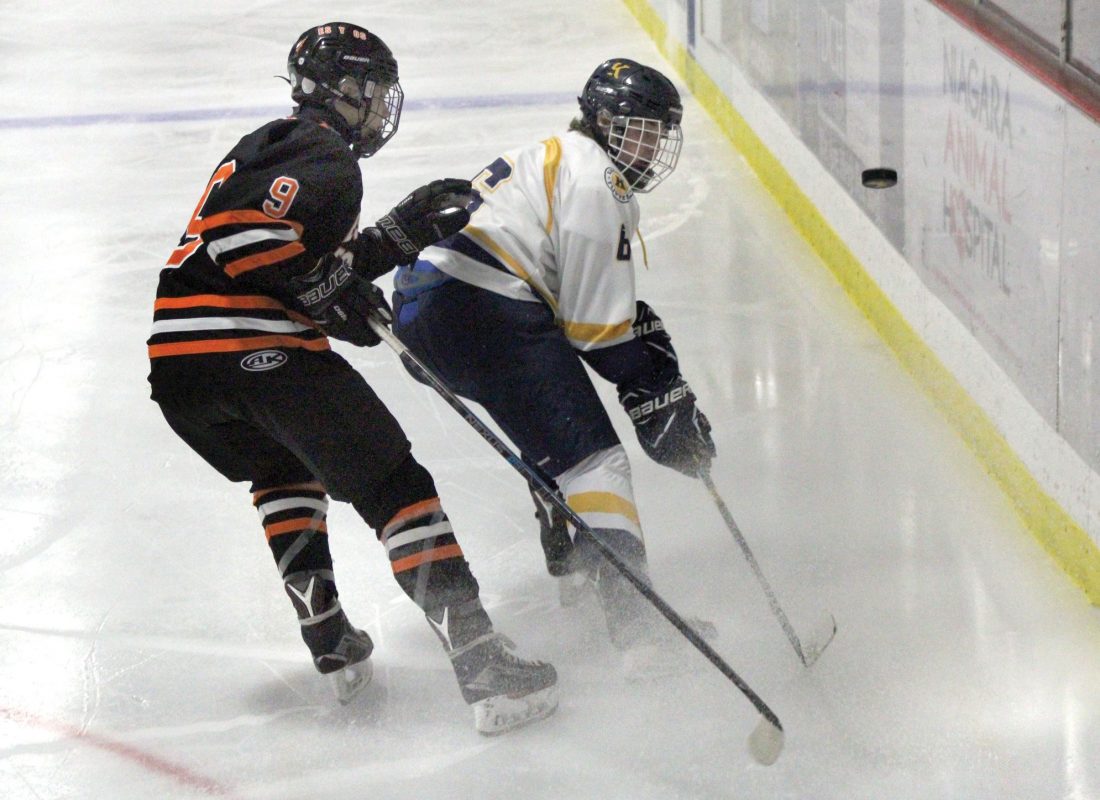 A scoreless second period saw both teams get nearly an equal amount of shots on goal. It also saw four scoreless power plays, three by the home team. Both coaching staffs expressed their frustration after the game with their team’s lack of success on power plays.

Just 17 seconds into the third period, the Eskymos took a three-goal lead when Kyle Krutina scored his second goal.

Less than two minutes later, the Flivvers got on the scoreboard. Senior Nick Saari was given credit for the goal, with the puck bouncing around like a pinball, ricocheting off of everything in sight but ending up in the net.

“Tonight was a combination of several things,” said Kingsford head coach Greg Wadge. “We struggled on power plays, also with offensive zone entries. Our defense wasn’t activated, nor did we block shots.”

Wadge noted the team’s conditioning wasn’t up to par for the first game, and the blame on that aspect is solely in his hands, he stated.

“That will change, you can count on it.” said Wadge.

Kingsford’s Reece Fortner and Trey Bociek were both credited with assists on the lone Flivver tally.

The Eskymos have a quick turn around, with a game tonight versus Houghton at Wells Sports Complex. The Flivvers are off until Tuesday, Dec. 3, when they host Jeffers.