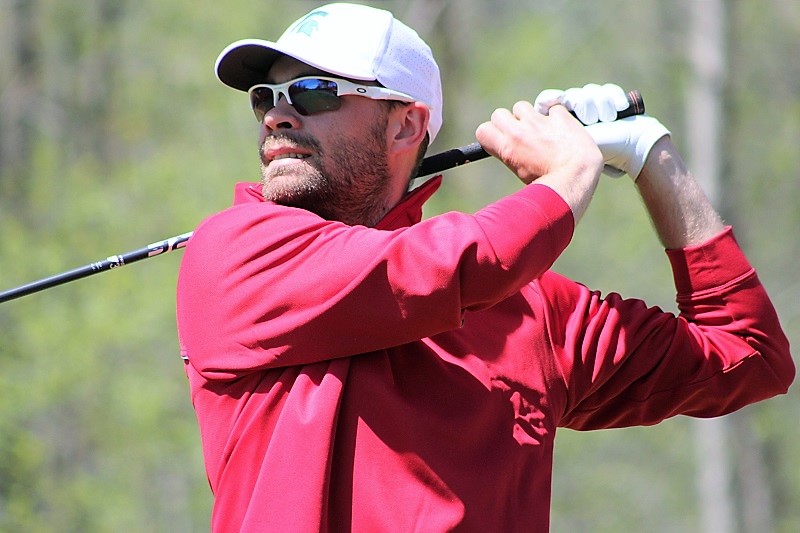 Negaunee native Dan Ellis, son of Dean and Lois Ellis of Iron Mountain has been named the Golf Association of Michigan Player of the Year.

FARMINGTON HILLS – Even if Dan Ellis of East Lansing wasn’t a collegiate golf coach and had another profession away from the game, he’s sure he would still find a way to take on the competitive challenges afforded by the Golf Association of Michigan (GAM) and the United States Golf Association (USGA).

“It just so happens my hobby is intertwined with my job,” said the 30-year-old assistant coach for the Michigan State University men’s golf team. “I still compete because I love it and I love what amateur golf does.”

Ellis is the 2019 GAM Men’s Player of the Year, Ken Hartmann senior director of rules and competitions, announced recently.

GAM Players of the Year are determined by the GAM Honor Roll points system.

Ellis, who keyed his season point total by reaching the Round of 16 in the U.S. Mid-Amateur in Aurora, Colo., topped the honor roll point standings with 565 points, edging one of his Michigan State golfers, James Piot of Canton, who had 540. Ben Smith of Novi, the Georgia Tech golfer from Novi who won the Michigan Amateur Championship, was third with 505 and was followed by another Michigan State golfer, Donnie Trosper of Canton, who had 485 points. Oakland Hills Country Club member Scott Strickland rounded out the top five with 435.

Ellis, a native of Negaunee, said being the player of the year means he is working on the right areas of his game.

“I’m not a big outcome or goals guy, but I focused the whole year on playing in the U.S. Mid-Am and it just so happens I had a good run in that,” he said. “The Honor Roll points were really spread out this year, too. There are so many good players in the state, and it was good to see a couple of our (MSU) guys up there. James doesn’t like that I finished ahead of him, and that’s because he is a great competitor and a great talent. Being around him, rooting for him and the other guys has made me a better coach and player.”

Ellis made it through stroke play in the U.S. Mid-Amateur and reached the round of 16 before falling 4 and 3 to the eventual tournament champion Michel Lukas of Australia. It was his best USGA finish.

“I’ve played in four different USGA events – the U.S. Junior Amateur, the U.S. Publinx, the U.S. Amateur and the U.S. Mid-Am – and I would like to knock off as many times playing in those as I can in my lifetime,” Ellis said. “I really want to give myself chances in the U.S. Mid-Am every year. In match play, you need as many chances as you can get because you can play great and still get beat and play worse sometimes and still go farther. It’s about giving yourself chances and I want to give myself as many as I can.”

Hartmann describes Ellis as a grinder.

“He’s a guy who never thinks he is out of a hole or tournament and that’s a great mind-set to have,” he said. “Being a coach probably gives him more of a chance to work on his game, but he has been a good player for a long time and he can hit it a long way, just like the guys he coaches. He’s also just a good guy who works at the game. You always root for the good guys.”

Ellis, who is engaged to be married to Caroline Powers, an assistant coach with the women’s golf program at MSU, comes from a golf and coaching family. He and his twin brother Dave (now of Kalamazoo) where both recruited by his current boss, head golf coach Casey Lubahn, to come to Michigan State and play. Their father Dean is a former golf and basketball coach at Northern Michigan University, and his grandfather, the late Bob “Pappy” Ellis, coached multiple high school sports.

A 2013 graduate of MSU, Ellis has been a Spartan assistant since the spring of 2014 after coaching one season as an assistant at Coastal Carolina University. As an MSU player he earned PING All-Midwest Region honors, qualified for the 2012 NCAA Central Regional as an individual and was All-Big Ten as a junior. He also served as a team captain and was a four-time Academic All-Big Ten selection.

Since college he has been a top finisher in several GAM championships, reached the Sweet 16 at the Michigan Amateur multiple times, won the 2017 GAM Four-Ball title with Jimmy Dewling and was the 2016 Lansing All-City Champion.

He said his experience in the game helps.

“I’m age-wise where I can peak with my ability and my knowledge of the game,” he said. “I manage my ball pretty well and have my brain in the game all the time. That’s probably the best tool in my bag. I’m better at managing the bad days, playing the courses that don’t really fit my game and just figuring ways to get around things. It’s not always pretty. Sometimes I’m just hitting it as far as I can and going to find it.”

(Greg Johnson can be reached at greg.johnson@emailgam.org)